ZviDance Takes On Climate Change at The Orpheum 1/18 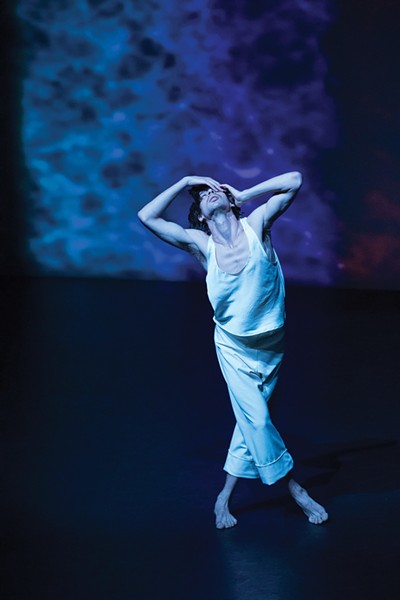 The latest from the forefront of the climate change crisis: 1.9 billion people are at risk from mountain water shortages as mountain glaciers, snow packs, and alpine lakes are run down by global heating and rising demand, a study published in Nature in December noted. Dancer and choreographer Zvi Gotheiner, who grew up on the slopes of Israel's Mount Gilboa, is no stranger, like others from that arid region, to droughts, water shortages, and tension over scares resources. During Gotheiner's childhood, the Israeli government spearheaded a water conservation campaign with the slogan "Every Drop Counts." This month, the renowned choreographer brings ZviDance's latest production, "Maim" (maim means water in Hebrew) to the Catskill Mountain Foundation's Orpheum Film & Performing Arts Center in Tannersville on January 18.

"Maim" was developed during a three-week residency in January 2019 at Lumberyard in Catskill by Gotheiner and his creative team, including composer Scott Killian, media designer Joshua Higgason, lighting designer Mark London and ZviDance's seven athletic and expressive dancers. The production highlights the human-made devastation of global warming, connecting Gotheiner's own experience with the world's dwindling resources. "One does not just watch a dance by Zvi Gotheiner," writes Dance magazine. "One enters a world with its own internal logic, a sensual, organic world of movement, language, and images where one is pulled along by currents unseen and inevitable."