4 Hudson Valley Albums to Listen to While the Snow Falls

The dog days of winter are the perfect time to explore new bands or new records by old favorites. 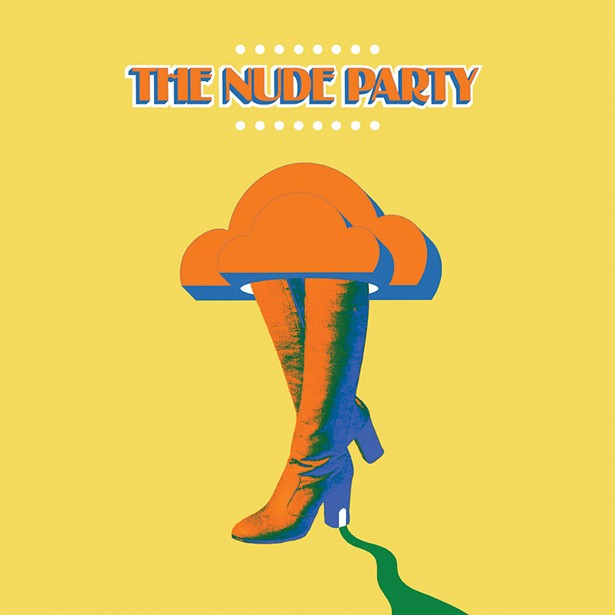 (New West)
NUDE_PARTY_Feels_Alright.mp3
Update Required To play the media you will need to either update your browser to a recent version or update your Flash plugin.

The Nude Party relocated from North Carolina to the Hudson Valley two years ago, and instantly became a must-see live act in a region already bursting with talent. Memorable shows ensued, including exhilarating sets at BSP, Colony, and the Meltasia festival, quickly winning local converts to their cool synthesis of 1960s and '70s inspiration. In the intervening time, the band honed its songwriting and sound through extensive gigging. The result is a major payoff in 2018's self-titled full-length debut, which was recorded in Woodstock at Dreamland Recording Studios.

Friends since high school and college, the sextet is very much a collective, sharing songwriting credit on all 11 album tracks. The record gives the sense of an almost-familial relationship among band members; one reason is the exact-but-loose interplay between the drums (Connor Mikita), guitars (Patton Magee, Shaun Couture), organ (Don Merrill), and percussion (Austin Brose). The songs touch on psychedelia, garage punk, and bluesy boogie, all delivered with a wry sense of humor. Exhibit A is "Feels Alright": With its insistent rhythm and smiling-in-spite-of-disaster lyric, it comes over like a happy meeting of the Velvet Underground and the Rolling Stones jamming in the basement of Big Pink. Lead vocalist Magee's delivery is confident and deadpan on the chorus of "Oh, it don't look good, but it feels alright." "Astral Man" has the band lurching into psychedelic territory with guest Jon "Catfish" DeLorme's echo-laden pedal steel guitar bestowing a spectral touch. This moody number slowly builds to an intense rave up before returning to deep space. Newwestrecords.com.

(Five Kill)
BEAR_GRASS_Red_Berries.mp3
Update Required To play the media you will need to either update your browser to a recent version or update your Flash plugin.

The chill of the Pacific Northwest has a different flavor than the brrr of Troy. Singer Katie Hammon fuses the two tastes in the cool, trip-hop tinged songs of Left, the latest effort from her dreamy, but flint-edged combo Bear Grass. From the first note, you're pulled into a different world, not quite "Twin Peaks," but maybe not too far from it. Hammon and Thomas D. Krebs's guitars push—chiming here, palm-muted there, but not in a metal way—against brisk blue washes of synth. The sound is haunting but inviting, suggesting other juxtapositions, too—tough, tender; bold, quiet; brave, damaged. And Hammon's lyrics ("forest behind my eyes," from "Red Berries") are just as strong as her melodies—shards of beauty, shimmering like ice crystals in the air. Hope Sandoval would seem a touchstone if she wasn't a generation older; Bjork, too, but only if she had fronted Mazzy Star instead. Fivekillrecords.com.

(Planet Arts)
SCOTT_PETITO_The_Sanguine_Penguin.mp3
Update Required To play the media you will need to either update your browser to a recent version or update your Flash plugin.

Bassist Scott Petito humbly credits this effort to an all-star ensemble of renowned individual musicians—including keyboardists David Sancious and Rachel Z, drummer Omar Hakim, guitarist David Spinozza, and vibraphonist Mike Mainieri—and, indeed, Rainbow Gravity is a group effort, and a startling one considering how most of the band members are leaders in their own right. But all except one of the 10 tracks are composed by Petito, who also produced and engineered the recording in Catskill. It immediately puts one in mind of the "jazz-rock" of the early 1970s, a genre that connected the dots between Miles Davis and Steely Dan—no surprise, given the presence here of Davis bandmate Jack DeJohnette and Dan pianist Warren Bernhardt. To call it "fusion" is to diminish the deep roots the music and players have planted in bop, funk, and Latin music. But it sure does rock, too. Planetarts.org. 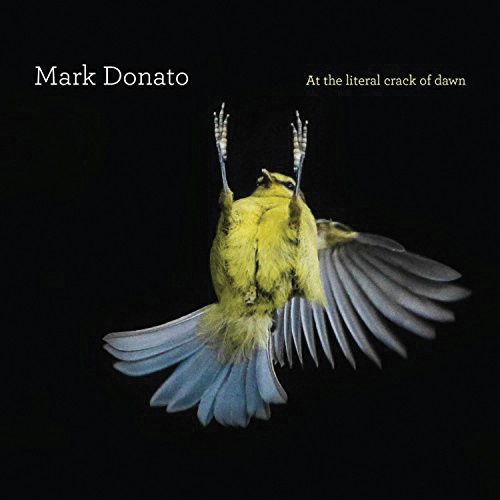 Mark Donato: At the Literal Crack of Dawn

MARK_DONATO_Screaming_Holy_Holy.mp3
Update Required To play the media you will need to either update your browser to a recent version or update your Flash plugin.

There is a sense of letting go in the breadth of genre and lyric on Mark Donato's ambitious new 15-song album.The same smart, driving, and compact alt-rock can be found on his previous forays, but the acoustic exploration here betrays an artist's introspection and surrenders to its melody and acceptance of its content. The result is hard to peg, but ranges in voice from Vic Chessnut-ty balladeering to quirky, Elvis Costello-like dynamic pop. The impressive supporting cast of like-minded of Hudson Valley souls serve the songs and know when to pluck and when to bow. John Burdick's guitar alternates between whisper, scream, and everything in between in a seasoned embrace of articulation and flavor. Mark Lerner (bass) and Eric Parker (drums) combine to create a true rhythm, while Elizabeth Steen and Dean Jones (keyboards) sprinkle in the gaps. Jason Sarubbi's crisp production complements the off-beat sentimentality and its occasional descent into tongue-and-cheek deconstruction. Markdonato.com.