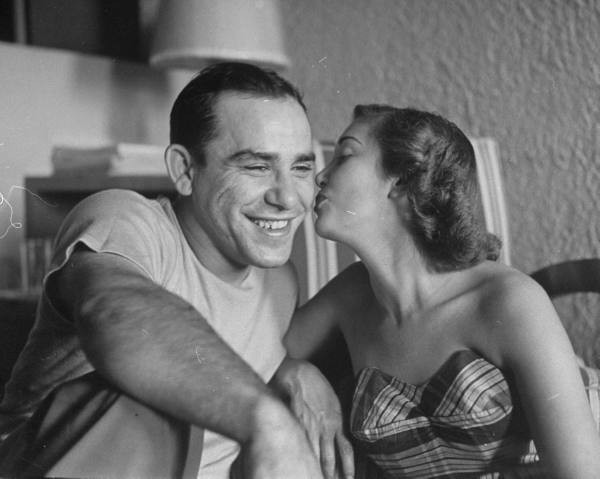 On Tuesday—the day before the equinox, during Mercury retrograde, and almost exactly between two eclipses—baseball Hall of Famer Lawrence “Yogi” Berra, at least as famous for what he said as how he played—died at the age of 90 in West Caldwell, New Jersey. I’m going to leave the fantastic details of Berra’s life to the New York Times; but when someone so beloved for his quirky communication passes away with so much significant astrology going on, it’s worth considering his natal chart for a moment.

After all, the chart for Saturday’s Aries Full Moon and total lunar eclipse (exact at 10:50 pm EDT) is quite focused on your communication within your relationships, and how it makes you feel about yourself. Berra (or his chart) might just have something useful to say about that.

Born May 12, 1925, in St. Louis, Missouri, Berra had a Taurus Sun, a Capricorn Moon and Pisces rising. That Taurus Sun speaks to his physicality; former Yankees manager Casey Stengel reportedly once said of him, "He looks cumbersome but he's quick as a cat."

Yet without getting too technical, that Taurus Sun’s placement also suggests a gifted mind—contrary to what journalists decades ago tended to write about him, and contrary to the larger-than-life ‘character’ that he became in many people’s minds. Berra was sometimes derided for his humor or for being a non-intellectual. But even from a young age, he was shrewd about his contracts with teams; and pitchers praised his ability as a catcher to call pitches.

Known and loved for such backwards sayings as, “Ninety percent of the game is half mental,” and “It’s déjà vu all over again,” Berra’s death fits the theme as a Mercury retrograde event—even if he did not actually say all the things attributed to him.

A Mercury retrograde in Libra side note: there’s real potential now to notice your old, less-helpful communication tendencies in your relationships; then you can begin consciously choosing to communicate more clearly. As mentioned, Saturday’s lunar eclipse occurs on the Aries-Libra axis. This is the pair of signs emblematic of ‘self’ and ‘relationships’.

Both the Sun and Moon are accompanied by some minor planets that flesh out the eclipse’s themes. The Moon is conjunct Vesta (devotion, service, and in shadow form, sacrifice). The Sun is conjunct retrograde Mercury on one side, and Juno and Black Moon Lilith on the other.

The message: there is a difference between expressing yourself in ways others can truly hear—without sacrificing or repressing your emotions—versus temperamental reacting. As Planet Waves astrologer Len Wallick wrote once about mythical Lilith, “she had the courage and self-respect to assert that love imposed by force is not love at all.”

So how do you avoid imposing your love—or imposing how you feel about things in your relationship—by force, without stifling yourself? Juno and Mercury conjunct the Sun make it clear: state your needs. Regularly.

The first step, however, is to get clear in your own mind what those needs are; then you can practice speaking them in real time to your partner. The more regularly you do so, the less likely you are to bottle things up that will explode later. That is, speak up and you’ll feel better.

Or, perhaps if Yogi Berra were to describe it: "What I just said was better back before I finally said it."