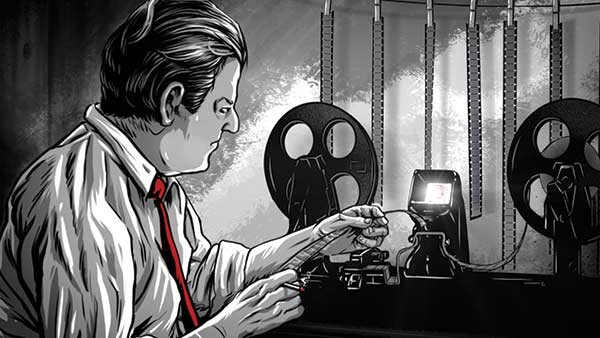 For those of us older than 17, movies are worse than ever. Yet films are still fabulous. By "movies," I mean the android-killing spectacles at the multiplex; by "films," I denote the works of freelance writers and cinematographers—in other words, independent films. The Woodstock Film Festival (October 2-6 this year), as you might guess from its name, specializes in the latter.

The festival has an unerring flair for the dramatic. It feels like the circus coming to town, but in place of clowns, lion tamers, and acrobats are sound engineers, actors, and publicists. The gathering swallows up Woodstock, imbuing its shady lanes with cinematic glamour. The parties are busy, celebratory. "We don't have a class system. At our parties, nobody's behind a velvet rope, nobody's behind a curtain," observes cofounder Meira Blaustein. And somehow the celebration always occurs exactly when the autumn colors are at their height. 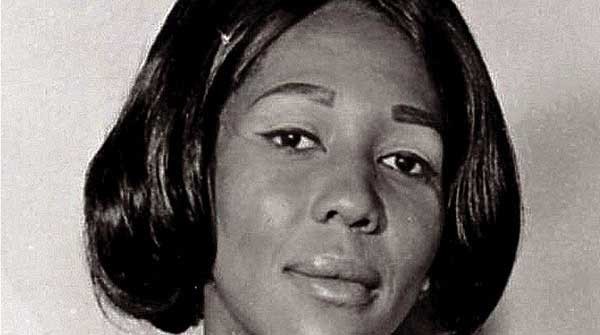 The Woodstock Film Festival has never gone commercial. It has remained loyal to outsiders—who were called, in a simpler age, "guerrilla filmmakers." As a result, the fest's reputation has grown. This year, director and Kingston native Peter Bogdanovich, best known for The Last Picture Show (1971), will receive a Lifetime Achievement Award. Director Mira Nair (Salaam Bombay!) will be honored for her philanthropic work in East Africa, where she started a foundation to instruct African film artists. Stephen Dorff, starring in Motel Life, will participate in an actors' dialogue. Andy Garcia, who appears in At Middleton, will also attend. A high percentage of the filmmakers come each year, and the panel discussions are often provocative.

The Hudson Valley is the world's center of artist-run festivals, and this one is no exception. Founded by Blaustein and Laurent Rejto—both documentary filmmakers—in 2000, the fest has grown year over year. This October, for the first time it will expand into the venerable Orpheum Theatre in Saugerties, in addition to locations in Woodstock, Bearsville, Rosendale, and Rhinebeck. The award ceremony will be held in Kingston for the sixth consecutive season. There are more films than ever, constituting a portrait of America in 137 stories. (About 10 percent of the films are foreign.)

We have been trained by Hollywood to file movies into simple genres like "suspense" and "romantic comedy." Independent films often fall between categories. At the Woodstock Film Festival you may see an "Israeli utopian science-fiction drama" or a "teenage birdwatching love story." (I'm thinking of this year's Under the Same Sun and A Birder's Guide to Everything specifically.) As in ordinary life, the horrible and the funny are utterly intertwined.

"Independent" usually means young, and in fact numerous beginning filmmakers yearly shoulder their backpacks and head to Woodstock. Bastards of Young, an NYU graduate thesis film by Josiah Signor, is one of this year's standouts—and a world premiere.

It's very difficult to make a film—roughly as hard as writing a novel, buying a printing press, and publishing it yourself. Today's independent filmmakers are the linear descendents of the artisans and artists who founded the Byrdcliffe Colony in Woodstock in 1903. In Birth of the Living Dead (see sidebar) director George Romero is still astonished that he finished his first film—the horror classic Night of the Living Dead—with a budget of $114,000. These days, a working definition of an independent film is one made without a major studio for $10 million or less.

"Often I'm asked, 'Is there a theme to the festival?' and I reply, 'No, never,'—because I don't want to have any preconceived notions. I want the filmmakers to tell us what the themes should be," Blaustein explains. One new genre is the "diary film," a documentary in which the filmmaker is a character, often including her personal life as a subplot in the larger narrative. Audiences are suspicious of the myth of objectivity that once characterized nonfiction films—as are filmmakers. Also, technology has made filmmaking much easier. Magical Universe (see sidebar) was shot for $10,000 over 10 years. Other "diary films" this year are Sick Birds Die Easy, The Manor, American Commune, and The Longest Game.

Many documentaries engage with current political debates. Barzan, directed by Alex Stonehill, shows a suburban family ripped apart by a terrorism accusation. Filmed in Iraq and Seattle, it puts a human face on the immigration debate. Town Hall by Sierra Pettengill and Jamila Wignot documents two years in the lives of Katy and John, Tea Party activists from Central Pennsylvania. American Revolutionary: The Evolution of Grace Lee Boggs describes the life of a 98-year-old Detroit activist and philosopher. Purgatorio, directed by Rodrigo Reyes, studies the US-Mexico border with a poetic eye.

One of the secrets of Woodstock today is that the greatest artists in the area are jazz musicians: Jack DeJohnette, Don Byron, Tani Tabbal, Pat Metheny. In honor of this local heritage, the festival will present Sonny Rollins Behind the Notes, a documentary about the quixotic career of the legendary tenor saxophonist, by director Dick Fontaine. The J. D. Allen Trio will perform after the film, and Sonny himself will be present.

A number of films are local in origin. To Be Forever Wild, directed by David Becker, is a work-in-progress growing out of an artist residency at the Platte Clove in West Saugerties, featuring interviews with Catskills historians, naturalists, scientists, and eccentrics, often in natural settings—like a Hudson River School painting come to life. Doomsdays, a "pre-apocalyptic comedy" about squatters in vacation homes, directed by Edward Mullins and starring Justin Rice of Bishop Allen, was also filmed in the Hudson Valley, as were 10 of the short films, including Mr. Lamb and Aerodrome.

The Woodstock Film Festival is not an exclusive affair; locals are emphatically invited. Blaustein encourages Hudson Valley residents to read film descriptions on the website and order tickets in advance—and not to fear arriving at the last minute. All the films have standby lines, and most standers-by get in.

Festival Highlights
The Life and Crimes of Doris Payne
Directed by Matthew Pond.

Tells the true story of an international jewel thief who happens to be an African-American woman from rural West Virginia. Doris traveled the world, expertly palming diamonds, rubies, emeralds. Is Doris a sociopath, a trickster, a feminist hero? In the documentary, she is 80, accused of lifting a diamond from a Macy's in San Diego. The movie recounts her trial and ultimate fate.


Bastards of Young (a world premiere)
Directed by Josiah Signor.

Details a Halloween party in Manhattan with merciless precision. Set against the crumbling marriage of two 30-somethings, the costumed cast—including Charlie Chaplin, a deaf gynecologist, a golden robot, a killer clown, Kurt Cobain, and Courtney Love—dance, drink, flirt, and seek love or oblivion. Watch for the mention of Chronogram magazine!

Birth of the Living Dead
Directed by Rob Kuhns.

A documentary about the making of Night of the Living Dead (1968), the horror film that invented the contemporary image of the zombie. Shot in black-and-white for $114,000 outside Pittsburgh by the 23-year-old director George Romero, who daringly cast a black actor as the hero, the movie was an inadvertent masterpiece. Many of the ghouls were clients of Romero's advertising agency.


Under the Same Sun
Directed by Sameh Zoabi.

Set in the near future, this film describes the collaboration between two businessmen—one Israeli, one Palestinian—investing in solar energy. After numerous setbacks, the two spark a populist movement that improbably leads to a Middle East peace settlement. It's that rare genre: a political tearjerker.

In 2001 the director met Al Carbee, an eccentric 79-year-old living in a converted barn in Saco, Maine. Carbee relentlessly photographed his collection of 251 Barbie dolls, in numerous outfits and hand-built dioramas. Over 12 years the filmmaker became intimate with Carbee, receiving nearly 1,000 letters from him, and growing to respect his childlike wisdom.