This high-budget historical drama seems out of place at WFF, but it tells a side of the Nazi scourge usually overlooked. A German captain uses a Greek family's apartment as his lodgings during occupation and makes them his servants. The father, a respected historian, struggles with his subjugation to evil as he watches his family transformed by the experience. Expansive emotions and period detail buoy a familliar story arc. 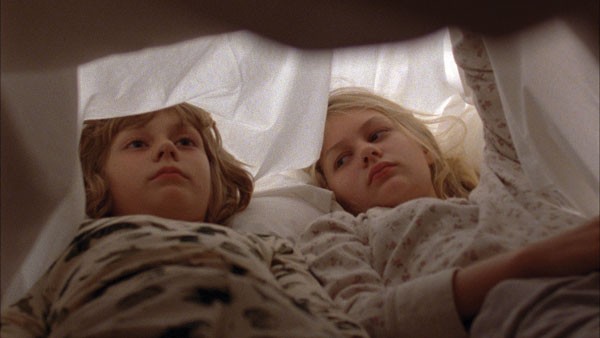 A father (the inestimable John Hawkes) has loaded his three kids in the car and is driving from New England to California. As the road trip wears on, the reasons for the journey, as well as the destination, grow murkier. Along the way, the kids learn tough lessons about life and love. Hawkes is alternately scary and tender, abetted nicely by the young leads. An understated yet powerfully realized work. Arcadiathefilm.com

Between Us Dir. Dan Mirvish

To appreciate the combustible stage works of Neil LaBute, watch a similar work that falls short. Carlo and Grace are ageing Greenwich Village bohemians. Cheryl and Joel, their friends since college, are wealthy Midwesterners. During two separate nights together, the four vent about lingering jealousies and broken dreams. Despite a talented cast—including Taye Diggs and Julia Stiles—the histrionics often misfire. Sample line: "This is your revenge for your mediocrity." Danmirvish.com

Indie screen veteran Robert Carlyle is Lachlan MacAldonich, a former rock star trying to outdistance a tragic past that still haunts him. Carlyle fully inhabits the role of an alcoholic farm worker, and even the musician's chronically self-sabotaging behavior does not obscure the pain that motivates it. The relentless bleakness of the story is offset by its knowing look at the LA music scene and the beauty of the Valley fields. Californiasolo.com 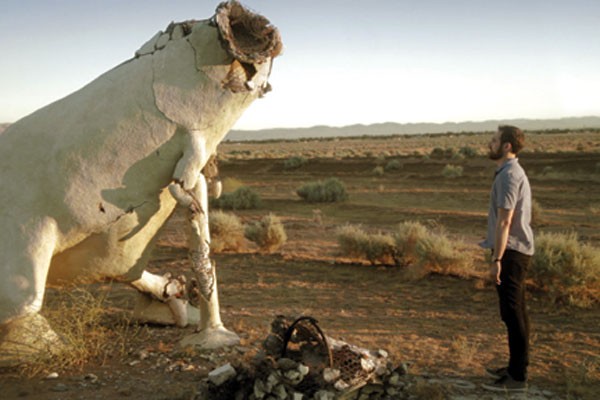 As far as eulogies go for a deceased parent, "Dad, you were weak and kind of a shithead" may fall short in eloquence. But the three adult children left behind suffered too long to sugarcoat their feelings. Now, they must decide how best to scatter the ashes of a man they still resent. Nicely observed emotional complexities, handled well by the engaging ensemble cast, surmount the recurring weird-for-its-own-sake flourishes. Deaddadmovie.com

A brother and sister in flight from their family, which belongs to a cloistered Southern Utah cult, end up on the Las Vegas strip with a rock band. There, they are bombarded by every hedonistic pleasure previously unknown, from skateboarding to sex. The audacious plotline is enhanced with magic realism and adroitly navigated by an expert ensemble, especially Julia Garner and Liam Aiken as the fugitive sister and brother.

Nathan Silver is either a genius or in need of counseling. The dichotomy makes this severely offbeat tale of a dysfunctional suburban Jewish family compelling. Elena is the young nurse hired to care for the grandmother while coping with the attentions of the family. Silver has cast his mother as the whiny matriarch and she tackles lines with a pain-inducing deadpan style. On second thought, forget the counseling; just make more films.

This emotionally raw indie film draws its substantial strength from a shrewd technique: Hire people to play variations of themselves and shoot the fictional story in the country house where they live. The resulting tale, about yoga students facing the end of the world, unfurls with a mounting dread, enhanced by unobtrusive direction and naturalistic acting that eschews scene-chewing. This film will linger stubbornly in the mind. (See an interview with the director and star.) Firstwintermovie.com