Each year, Chronogram compiles its Woodstock Film Festival coverage, and each year co-founder and Executive Director Meira Blaustein is asked the same questions about this cultural event, which has evolved into a Mid-Hudson Valley tradition and an admired part of the national film festival circuit. This year, Chronogram’s Jay Blotcher went off-script in his questions for Blaustein.

This is the eleventh year of the Woodstock Film Festival. Looking back, please identify your “Sundance moment” at the festival, that is, discovering an obscure film that possessed a really hip vibe?
Last year, we had a film called Easier with Practice, which had screened in one place before Woodstock. It was a very, very under-the-radar movie and we accepted it. It was a quirky film about a phone-sex relationship. It was a great film. It ended up winning an Independent Spirit Award the next February. But when it came to the festival, it was totally under everybody’s radar. I loved it, but not all of the programmers wanted to go along with it. So that was one of the Sundance moments. The filmmaker [Kyle Patrick Alvarez] is now making this big-budget movie—and he was a nobody!

How have your instincts grown in the past 11 years, as regards judging whether a film is a good fit for the Festival?
I feel like I definitely have much more of a handle on what makes a good program and what kind of combination you want to have—the kind of filmmakers and the kind of films. I also understand our audience so much more because I’ve gotten to know them better and better each year.

If a film is fascinating but flawed, would you greenlight it anyway because the subject matter was particularly strong?
If a particular film has a very strong subject that I think is powerful, that I think is compelling, that I think our audience would be interested in, and I think it’s worthy in terms of the value and subject matter that it brings to an audience, we could definitely take into consideration the way it was made and the budget it was made with, and if we think the filmmaker has promise. Like Easier with Practice, I could tell that the filmmaker had promise and he was talented, even though it was a very, very low-budget film. I could tell his next film would be much better. You can definitely forgive all sorts of production flaws. It’s hard to forgive acting; acting is very, very important. Writing is very important. But you can forgive things that are done due to budgetary reasons, such as low lighting.

Was there a film that got away? Something you wanted to program…
Always. Always. It never fails. Programming is a very difficult process. Everybody thinks, “Oh, it’s so much fun, to sit and watch movies all the times.” It’s very difficult; there’s a lot of thought that goes into each and every film. Every year there are films that we want to show and end up not showing. Sometimes there are films that we end up turning away and they end up being nominated for an Academy Award. And what were we thinking? Nothing is perfect. One of the things that is very painful is that we just can’t accommodate everything. Every year there are films that we would love to show. But for all kind of reasons, we end up not being able to show them. Maybe because the program is too full; maybe there are better films about the same subject. You can’t show two films about veterans coming back from Iraq. The day that we send rejection letters is the most painful day.

What film are you proudest of showing in 11 years?
Oh God, a lot of them. Last year, The Messenger was the opening-night film. [Ben Foster plays an Iraqi War veteran who must inform families of casualties.] It was a very important film, just beautifully done.

Which film polarized WFF audiences the most?
I remember [several] years ago, we showed Gus van Sant’s movie Jerry, and a couple of people actually walked out. It was not a controversial movie; it just had Casey Affleck and Matt Damon walking across the desert. It was gorgeous, gorgeous—a technically beautiful film. But in terms of the dramatic arc of the story, there was little of that. Every now and then, people get upset when it comes to political films. But by and large, we don’t have that many controversial [films] that people stand up and shout [at]. I don’t remember the title of it, but there was one [it played with the William Kunstler documentary by his daughters]. It was a Cuban short and some people got very upset about it. The fact of the matter was that it was very truthful to the subject.

Which actor appearing at the Festival intimidated you the most?
Tim Robbins—he came when we gave him the Maverick [Award]. He gave us a little bit of a hard time; he had issues with the quality of the theater and the way the film [Bob Roberts] was projected there. But he was great, and a very intelligent human being and activist of course­—an excellent writer and director. I remember when Adrian Grenier came here. That was before “Entourage” but he was still a teenage heartthrob. He partied all night and he went very late to sleep. He went skinny-dipping in the pool at Allaire Studios, which is where we had our party that year. Parker Posey was supposed to be on a panel with Marcia Gay Harden. The panel starts and Parker is not there. The panel is in process; Parker is nowhere to be found. I’m calling the various cell phones I have, trying to locate Parker. I’m told [by her assistant] she’s riding around in the woods, looking for a house—goodbye. So finally, she arrives. She makes an entrance and then takes over the panel.

Every year, WFF holds panels featuring industry experts. Which panel discussion of them all was the most heated?
The very first year the panel was “From the Novel to the Screen.” I heard the panelists were yelling at one another; the novelists and the screenwriters were in such big disagreement. When you go into political [topics] it sometimes gets heated. 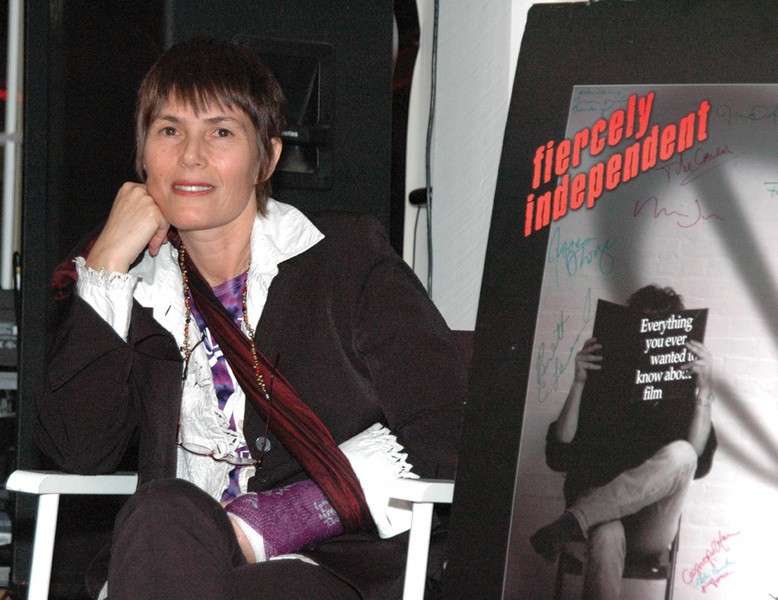