Bold-faced names walk among us on a weekly basis here in the Valley. So neighbors usually play it cool when someone like Ulster County residents Aidan Quinn, Vera Farmiga, John Leguizamo, Melissa Leo or Steve Buscemi makes the scene at WFF.

This year, however, the laid-back cool of teenage girls (and some boys) may be sorely tested when Keanu Reeves and Adrian Grenier join the party. Reeves is here to support the film Henry's Crime, a variation on the old bank heist caper movie. Grenier, still riding high with HBO’s Entourage, will display his musical chops by performing in concert with the Good Listeners, the band that appears in the beguiling documentary Don't Quit Your Daydream. Grenier appears in this marvelous film about a band that takes to the road in search of collaborators. Grenier connects with the band during their stopover in Kentucky Derby and jams with them to good effect.

For those of us with a higher boiling point, you may be standing in line next to veteran actor Danny Glover at WFF. He is the producer of The Disappearance of McKinley Nolan, a profound look back at our collective demons still unresolved from days of the Vietnam War.

Vincent D’Onofrio’s loopy hybrid -- a slasher musical titled Don’t Go in the Woods -- will get an atmospheric treatment for its Woodstock screening. The film will be played al fresco with live musical accompaniment.
For updates on these and other WFF specials, including parties and panels, visit http://woodstockfilmfestival.com/


The Best of WFF 2010: One Critic’s (Educated) Opinion
Once upon a time, films in festivals vied for the chance for mainstream distribution, whether on big screens or in art houses. However, the number of festivals has grown, as has the number of entries. Alas, the number of movie house screens has not. (And not every hot low-budget film finds a cozy home on HBO, IFC or The Sundance Channel.)

Therefore, the law of averages dictates that fewer films will graduate from festival level to box office hit status. At the same time, however, the Internet and new media have mushroomed, offering innumerable platforms for films. (An iPhone film festival, anyone?) So your favorite film at WFF this year may not ever arrive on your mall Cineplex screen, it may appear on a number of web sites. Likewise, it may simply make the rounds of festivals globally until it runs its course. Being a festival favorite is not a dubious distinction, but it may not help you recoup your shoot budget.

In reviewing films for WFF 2010, I would often ask myself each time: Where will this movie end up? Is it a sleeper – or a non-starter? Direct to video or direct to obscurity? If it had a strong plot but no-name actors, how far will it go? If a doc was powerful but dissected a bummer of a topic – war, famine, drug use – how many people will actually make this their selection for an evening of entertainment? Better yet, how many corporate-owned studios will buy a film that criticizes the political or environmental misdeeds of another corporation? Don’t kid yourself: a growing conservatism defines the types of films that get greenlit these days. How many edgy, angry, muckraking films, their aesthetic value aside, will have a future?

While I previewed a mere 35 films out of a possible 150 on the 2010 Woodstock Film Festival schedule, I recognize these two as being the leaders in their respective categories. Time will prove me either a wise arbiter or a myopic fool.

Best Narrative Film:
Some Dogs Bite (Dir. Marc Munden)
Possessing a manic energy wedded to a bruised lyricism – and vivid cinematography of both urban an rural locales -- the British film Some Dogs Bite grabs you from the start. You follow the dubious protagonists – three half-brothers -- even if you initially wonder where in hell they are heading. However, uniformly fine performances enhance the high emotional pitch of the story – which has its tender side but never allows bathos.
Runner-ups: The Tested (Dir. Russell Costanzo) and The Locksmith (Dir. Brad and Todd Barr)

Best Documentary Film:
*The Disappearance of McKinley Nolan (Dir. Henry Corra)
While you watch a documentary depict a story that takes months or even years to play out, one often forgets that a dedicated film crew has been living this story along with its subjects. For that reason alone, The Disappearance of McKinley Nolan is a triumph of logistics: the crew follows the unfolding events in Texas, Washington, DC and several locations throughout Southeast Asia. What begins as a detective story – the fate of an African-American soldier in Vietnam who went AWOL in the mid-60s – morphs into something more profound; a journey of conscience and redemption for his friends, families and even captors. They all remain, on many levels, casualties of war.
Runner-ups: Marwencol (Dir. Jeff Malmberg) and Windfall (Dir. Laura Israel). 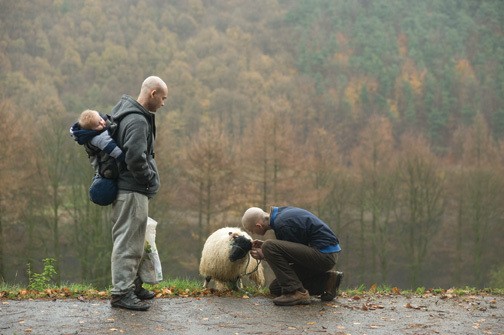