Joining a list of recipients that includes Tim Robbins, Steve Buscemi, and Woody Harrelson, film director Bruce Beresford, 70, has been named the 2010 Maverick Award winner. The annual distinction is bestowed on an artist who has wedded an idiosyncratic vision to a lifetime of cinematic work. Stateside, the Australian director is best known for four releases: the art-house successes The Getting of Wisdom (1978) and Breaker Morant (1980), and the box-office hits Tender Mercies (1983) and Driving Miss Daisy (1989).

Beresford just wrapped the film Peace, Love & Misunderstanding (pictured above). Shooting on location in Ulster County generated Hollywood-caliber excitement, thanks to a high-profile cast and several opportunities for locals to play tie-dyed extras.

In Peace, Love & Misunderstanding, Catherine Keener plays Diane, a workaholic lawyer resolutely avoiding her softer side. Diane feels the tug of familial obligations and brings her children to Woodstock, where she attempts a reconciliation with her counterculture mother Grace (played by an icon of `60s rebellion, Jane Fonda).
Speaking in late July, a gleefully self-deprecating Beresford discussed his reputation in American film circles, why the Best Picture Oscar for Driving Miss Daisy still sticks in his craw, and why lifetime achievement awards fill him with dread.

Does an honor like the Maverick award make you nervous, or do you welcome them?
Oh no, they’re catastrophic for a career. Everyone assumes that you’re dying.

What is it like working with Jane Fonda and Catherine Keener?
Well, they’re tremendously professional and great to work with. They’re very, very focused and on the ball. Sharp, on-time, and all that stuff, which is great news.

Is there a concerted effort to deal with subject matter that you haven’t dealt with before?
I always try to do that, because it’s boring to feel you’ve already made this film. That can happen. I mean, after I did Driving Miss Daisy, I was offered a lot of similar films set in the South. Of course, I turned them all down. I said, “Well, I’ve done that. I want to do something different.”

What film would you consider your greatest achievement?
You know, after they’ve been finished, I’ve never seen any of them ever again. So I don’t know how they stand up. The thing is, I see them so many times when I’m editing them and finalizing them. The ones that are finished, I’d rather just move on. I saw a bit of Driving Miss Daisy on TV recently; I was just flicking though the channels and it came on. And I saw one or two scenes and I thought it still looked pretty good.

Is there a film of yours that you feel has been unfairly overlooked and you wish that it would be reconsidered?
Well, I thought the one I did about Alma Mahler was much better than the critics ever allowed—Bride of the Wind [2001]. I thought that was quite a good film and it had such a critical slamming that nobody ever wanted to show it. When I was working on it, I thought, It’s not as bad as all that.

Of your many awards, which were you most flattered by?
Well, it was nice when Driving Miss Daisy won the Academy Award [Best Picture, 1990], even though I wasn’t nominated for directing it. It still won—you know, somebody directed it. [Laughs.] 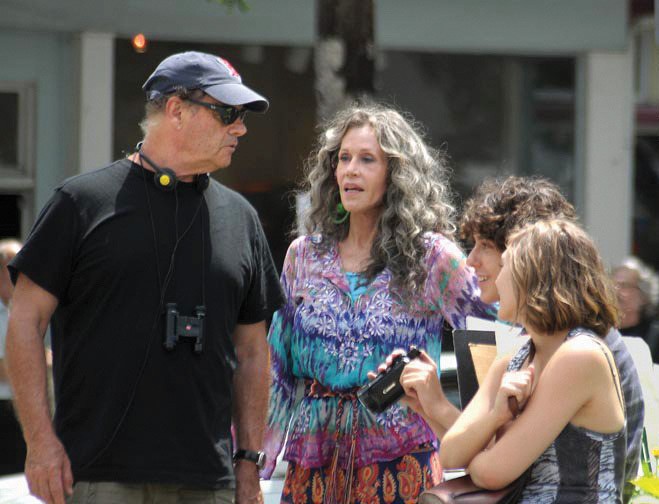