Lifestyle magnates have made vast fortunes preying upon people's insecurities, and to Abramson the images they peddle are the same as models retouched to impossible proportions. The DIY homesteader life is made to look awfully glamorous in many of the rapidly proliferating blogs on the subject, and she believes that it's important to be honest about the effort required to commit to that or any other health-oriented lifestyle, especially since it's so easy to fake things online. "Having chickens is not so glamorous. It's not hard, but my dog killed two of them in the first week. If you can keep bees, you should. But they're really time-consuming. I worried that I was doing it wrong, and even paid somebody to come help, and they still all died. Eventually, I asked myself: 'Am I doing this because I think I'm the person who's supposed to have bees, or because I actually want to be a beekeeper?' It was actually kind of a relief when they died."

Soup finished, she sets out lunch: superb homemade kimchi, lamb salami from Full Moon Farm down the road, some suspiciously imported-looking cheese, and a batch of crackers fresh from the oven which she describes almost apologetically. "They're gluten free, actually, but I just made them because I like them." Made from almond flour and olive oil, they have a pleasantly shortbready quality. She ladles the soup into bowls, and seeing that the crème fraîche she has fermenting on the counter is not yet thick enough, grabs some from Vermont Creamery out of the fridge to garnish the soup with.

Because of its necessity and pleasure, Abramson sees eating as a complex nexus for people's unhealthy tendencies and also a key means to wellness. "Food and eating are easy for people to grasp, and they think it will solve all their problems." Correcting her diet fixed the problems her previous diet caused, but she cautions that it is all too easy, especially for people for whom food is intertwined with complex psychological issues, to go too far in the other direction. "Orthorexia [extreme avoidance of supposedly unhealthy foods] is a growing problem. When I was doing these things, it truly was socially isolating. Now there are whole communities; it's become acceptable to eat in a disordered way. It's OK to have food allergies, even if you made them up—it's not only expected, it's encouraged."

Recently, Abramson has been writing more outspoken posts, like one about how sugar in moderation is fine, or another saying that the Paelo diet didn't work for her (Michael Pollan recently weighed in on the subject, debunking many of Paleo's central tenets) and the responses have been revealing: scorn, fury, and personal attacks befitting indignant zealots, not healthy, happy people one would feel inspired to emulate. "People don't think critically about this stuff; they see a meme on Facebook and glom onto it. It's really hard to figure out what's true or not," especially when anyone on the Internet can publish an "article" that further validates a falsehood. It's unfortunate collateral damage in the right-wing war on science and expertise when some ostensibly progressive people embrace increasingly crackpot nutritional theories, and the problem is only exacerbated by quacks and movie stars looking to sell books. She notes that the hysteria surrounding fads does a disservice to the positive aspects of some regimens; the fact that too much processed or refined food is unhealthy doesn't mean that it must be purged altogether. 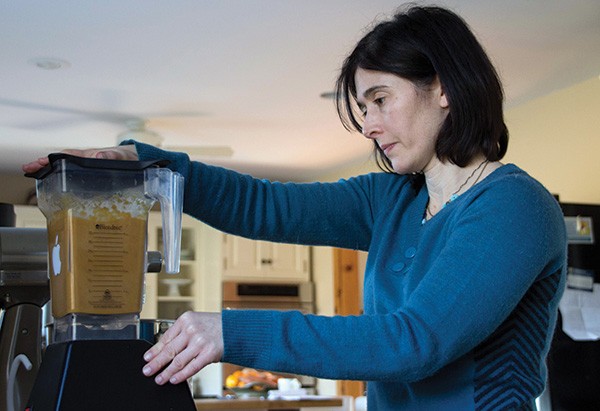