William Clutz at Carrie Haddad: An Overview of 60 Years

Carrie Haddad Gallery's latest exhibit, "William Clutz: In Retrospect," on display through November 10, presents a survey spanning six decades of work by the painter dubbed the "impressionist of the contemporary metropolis."

The paintings of urban light on view in this exhibition are the product of an artist whose gaze is completely immersed in the city, intent on cutting through the noise and visual overload, patiently awaiting the epitomizing moment. The driver of a yellow cab caught between honks; a woman crossing the street solo in the dazzling sun; anonymous pedestrians negotiating the complexities of Lafayette Square in late afternoon light. 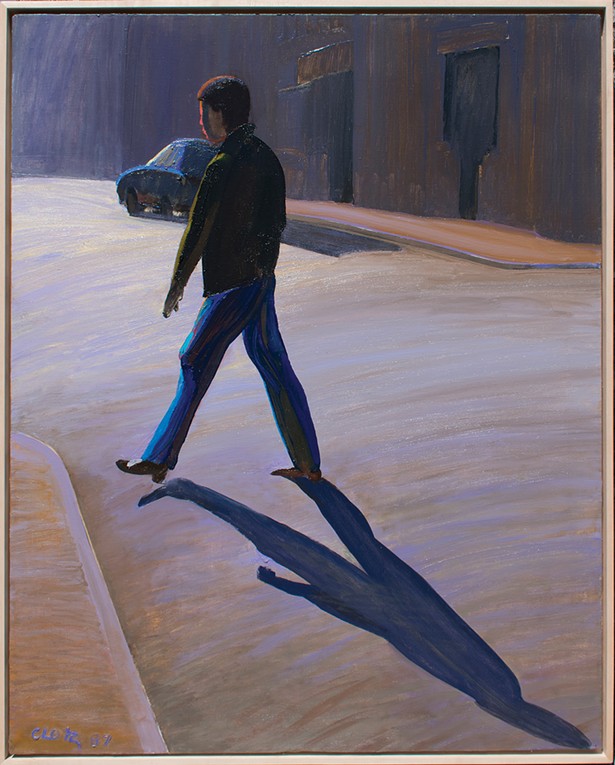 Clutz etched the city's changing light in his mind by returning to locations at the same time of day repeatedly, so that back in his studio, he would get it just right. A shop awning he saw passing by on his bicycle, a park downtown, a business man moving to his next appointment—underneath it all is a clarifying stillness and silence suspending the frenetic motion and cacophony that envelopes city life. There is something Hopperesque in the isolation of the figures, but instead of Hopper's drama, there is a defining absence of same: it's a just-another-day-in-the-city feeling of doing something ordinary in the glowing, ambient, all-pervasive light.