Who Watches the Watchmen? | The Future Is Now | Hudson Valley | Chronogram Magazine

Who Watches the Watchmen?

Cases of police abuse and misconduct in Kingston have seldom been followed by disciplinary action or retraining. Notably:

In November 2017, a 16-year-old girl was physically and sexually assaulted by a Kingston police officer working as a student resource officer at Kingston High School. The involved parties and the community were told by the school district that unless the Police Commission said an officer did something wrong, they—the victims, families, and community—could not request the removal of that officer from the school. Information was withheld from the victim and the public, and both were told to find their own evidence.

Earlier that same year, a young man was tasered and pepper-sprayed on Broadway in Kingston for carrying a concealed can. The Police Commission voted unanimously to recommend that one officer involved in the incident receive "command discipline." The identities of the officers involved and disciplinary details were not released.

In either case, there was no public notice of training methods put into place or deployed to prevent this happening again.

These unacceptable outcomes were due to Civil Rights Law 50-a, a state law that conceals police officer misconduct records from the public, allowing departments to protect abusive officers and hide disciplinary and training processes. For the past six years, the annual report from New York State's Committee on Open Government has called for a repeal of 50-a. In 2017, the authors wrote that "no other State prohibits public oversight of its police in this manner"; last year, they noted that "50-a is now being used to prevent meaningful public oversight of law enforcement agencies. Its repeal or revision is long overdue."

This lack of transparency led to a lack of police accountability to the community, necessitating the birth of grassroots groups dedicated to justice and equity—among which, Rise Up Kingston has worked consistently and tirelessly to advocate not merely for civil rights but for human rights, starting with the above incident of the SRO assaulting a 16-year-old girl. Rise Up Kingston's police accountability platform has garnered the vocal and active support and allyship of other advocacy groups, including the NYCLU and, most importantly, the community itself.

While the repeal of 50-a and linked bills were passed over the course of three days in June, following mass protests after the death of George Floyd, the victory has been years in the struggle. Years of apathy and gaslighting about "a few bad apples"; years of rallying, protesting, canvassing, and traveling to legislative meetings in the state capitol; years of fighting back against narratives and skewed angles levied by opposing agendas; and years of bringing pressure to bear on elected officials. Years of organizing and leveraging our collective power to see justice done alongside the #SaferNY Coalition, which has been working to pass the Safer NY Act, a package of bills that includes the repeal of 50-a and will help increase police transparency and accountability and reduce unnecessary arrests for low-level, ticketable offenses.

No single elected official, person, organization, or group has brought us this moment. We, the people, all fought for and won the passage of this historic legislation through consensus, persistence, and community-wide action.

A true end to the cycle of police corruption, misconduct, and secrecy is in sight. And we, the people, as a community, know that we can secure our safety from and regain control of the guardians who will not or cannot protect us even from themselves. We can and we must persevere. We must seize the opportunities and potential of this breath-held moment.

The question of who guards the guardians resonates louder than ever, and not merely as an indictment of societal failings and a call to action. Those words are a reminder of the power of people. Of what our determination and vigilance can achieve. Of what we, the people, as advocates for ourselves and as agents of change, can make happen.

We've won a major battle and deserve to celebrate our laurels. But we must never rest on them. We must never forget the war. The remaining fronts of the opposition will intensify and we will be continually tested, hereafter.

What we've achieved so far is momentous: pushing for local police accountability legislation that would finally hold officers accountable for unethical and illegal behavior. Paving the way for reassessing what police duties are and how far their authority should extend. Laying the groundwork to downsize the scope of police duties and the number of officers employed by our community. To defund and divest from the current war on the people, and reinvest in the people. In the equitable safety, health, and enfranchisement of us all. Repealing 50-a and the adjacent legislation is the transformative foundation of political movement and policy that could revitalize our society for everyone.

And it's only the start. We still have work ahead of us. 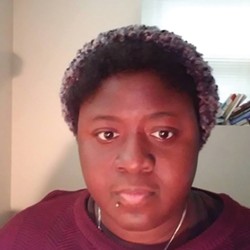 Today, the timeless question of who guards the guardians is no less relevant. It inspires a modern version of the equally timeless answer—the only answer to that question.

"But who will guard the guardians themselves?"

We, the people, will. Because in the end, "justice is just us."

beetle bailey is a writer and cohost of Radio Kingston's "The Black Meta," explores and celebrates Black America and the African Diaspora.

How to Join the Antiracist Future in the Hudson Valley

Why Abolish the Police?

From Pop Culture to Cop Culture