8 Strange News Headlines You Might Have Missed in October 2018 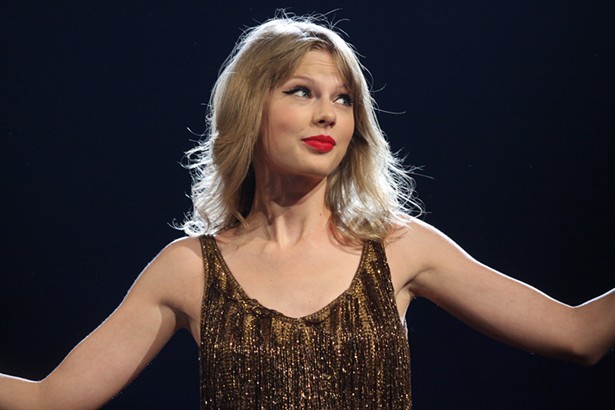 On October 7, Taylor Swift posted a note to her 112 million followers on Instagram, encouraging them to vote in the upcoming election. This broke a long and conspicuous silence on political issues by Swift, who wrote that she felt compelled to speak out "due to several events in my life and in the world the past two years." The pop star went on to say that though she prefers to support women candidates, she could not bring herself to vote for Republican Rep. Marsha Blackburn in her home state of Tennessee because Blackburn's "voting record in Congress appalls and terrifies me." Vote.org, the nonpartisan registration website where Swift directed her followers, saw a jump of over 150,000 unique visitors in the first 24 hours after Swift's post. "We are up to 65,000 registrations in a single 24-hour period since T. Swift's post," said Kamari Guthrie, director of communications for Vote.org. In the entire month of September, 190,178 new voters were registered nationwide.

In early October, BBC Radio announced the results of The Loneliness Experiment, a nationwide survey in the UK of 55,000 people aged 16 and up, the largest survey into the issue of loneliness to date. The results indicate that people between 16-24 experience loneliness more often and more intensely than any other age group. 40 percent of respondents aged 16-24 reported feeling lonely often or very often, while only 29 percent of people aged 65-74 and 27 percent of people aged over 75 said the same. Pamela Qualter, professor of psychology at the University of Manchester, who led the study, said: "The most interesting findings relate to the stigma of loneliness and the varied solutions people had to overcome loneliness. Those findings suggest that we need to be kinder to ourselves when we feel disconnected from others, but also that there is a whole toolkit of potential solutions that we can try."

In June, the Canadian government passed the Cannabis Act which legalized marijuana possession, home growing, and sales for adults. The move makes Canada the second country in the world to legalize pot for recreational use, after the South American country of Uruguay. (The Netherlands, despite its reputation, has not fully legalized pot.) In mid-October, over 100 retail stores for buying weed opened for business in Canada. At the same time, the Toronto police launched a public awareness campaign advising Canadians to stop snitching on their marijuana-smoking neighbors, because it's no longer illegal. Some of that public awareness campaign took the form of funny tweets, invoking truly absurd 911 calls. An example: "Asking what to do with your frozen meat during a power outage is not a 911 call. Smelling weed coming from your neighbor's home isn't either. Cannabis is no longer illegal on October 17, 2018. Consumption is allowed for anyone 19 years or older. Do not call police for this."

Tobacco companies explored the use of filters in the mid-20th century as a way to ameliorate concerns about the health impacts of tobacco. But research suggested that smoke-bound carcinogens couldn't be adequately controlled, so filters became an ineffective health tool but an effective marketing one. This development has led to cigarette butts being the number one human-made contaminant in the world's oceans. The Ocean Conservancy has sponsored a beach cleanup every year since 1986. For 32 consecutive years, cigarette butts have been the single most collected item on the world's beaches, with a total of more than 60 million collected over that time. (That amounts to about one-third of all collected items and more than plastic wrappers, containers, bottle caps, eating utensils and bottles, combined.) The vast majority of the 5.6 trillion cigarettes manufactured worldwide each year come with filters made of cellulose acetate, a form of plastic that can take a decade or more to decompose. As many as two-thirds of those filters are dumped irresponsibly each year, as focus groups have shown, most smokers prefer to flick their butts.

When it comes to mental health, every country is a developing country. A team of 28 global experts assembled by the Lancet medical journal reported that there is a "collective failure to respond to this global health crisis" that "results in monumental loss of human capabilities and avoidable suffering." Every country in the world is facing and failing to tackle a mental health crisis, from epidemics of anxiety and depression to conditions caused by violence and trauma. The experts estimate that the economic loss of failing to provide adequate care will hit $16 trillion by 2030. The commission estimates that 13.5 million deaths every year could be averted if the underlying mental ill-health problems were addressed. In many countries, there is no expectation of help. Surveys in India and China, which have a third of the global population, suggest that more than 80 percent of people with any mental health or substance use disorder do not seek treatment.

Starting in 2011, Republicans in Congress repeatedly cut the IRS's budget, forcing the agency to reduce its enforcement staff by a third. Last year, the IRS's criminal division brought 795 cases in which tax fraud was the primary crime, a decline of almost a quarter since 2010. "That is a startling number," Don Fort, the chief of criminal investigations for the IRS, acknowledged at a conference in June. Bringing cases against people who evade taxes on legal income is central to the revenue service's mission. With fewer cases, experts fear, Americans will get the message that it's all right to break the law. The result is huge losses for the government. Business owners don't pay $125 billion in taxes each year that they owe, according to IRS estimates. That's enough to finance the departments of State, Energy and Homeland Security, with NASA tossed in for good measure. Unlike wage earners who have their income reported to the IRS by their employers, business owners are often on the honor system.

In October, doctors in Shetland, Scotland were authorized to prescribe nature to their patients. It's thought to be the first program of its kind in the UK, and seeks to reduce blood pressure, anxiety, and increase happiness for those with diabetes, a mental illness, stress, heart disease, and more. A leaflet of nature prescriptions accompanying the program is filled with whimsical suggestions: in March, you can "borrow a dog and take it for a walk"; in April, you can "touch the sea" and "make a bug hotel"; in May, you can "bury your face in the grass"; in July, you can "pick two different kinds of grass and really look at them." The evidence for the benefits of nature on mental and physical health are numerous. Research suggests that if you spend 90 minutes of your day outside in a wooded area, there will be a decrease of activity in the part of your brain typically associated with depression.

Nicholas Wolfinger, a sociologist at the University of Utah, has found that Americans who have only ever slept with their spouses are most likely to report being in a "very happy" marriage. Meanwhile, the lowest odds of marital happiness—belong to women who have had six to 10 sexual partners in their lives. For men, there's still a dip in marital satisfaction after one partner, but it's never as low as it gets for women. "Contrary to conventional wisdom, when it comes to sex, less experience is better, at least for the marriage," said W. Bradford Wilcox, a sociologist and senior fellow at the Institute for Family Studies. In an earlier analysis, Wolfinger found that women with zero or one previous sex partner before marriage were also least likely to divorce, while those with 10 or more were most likely. Other studies' findings have also supported the surprising durability of marriages between people who have only ever had sex with one another.