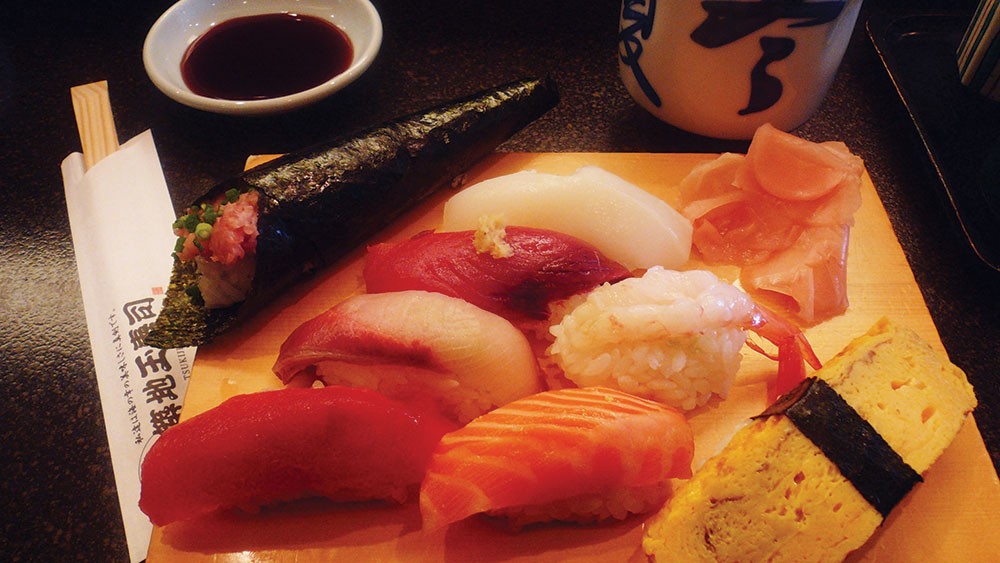 You're not always eating what you think you are. Ocean conservation advocacy group Oceana recently reported that one-fifth of over 25,000 seafood samples worldwide were wrongly labeled. In analyzing 200 studies from 55 countries, they found that seafood fraud is a widespread business. "People purchasing seafood to eat are the ones most impacted by this type of activity from a health and sustainability standpoint," Oceana report author and senior scientist Kimberly Warner said. Asian catfish is generally the substitute, marketed as 18 different fish types, including tuna, perch, and red snapper. Some countries like Italy and Brussels have had large-scale fish-related fraud. In Italy, 82 percent of the 200 tested samples were mislabeled. Half of the substitutes were from an at-risk fish species. In studying New York City sushi, Oceana found that 100 percent of the sushi restaurants they tested served customers mislabeled fish.

A study published in the Proceedings of the National Academy of Sciences may have found a connection between air pollution and Alzheimer's disease. The study examined 37 people in Manchester, England and Mexico aged three to 92. It saw a link between particles of magnetite, a magnetic iron oxide, and dementia. The study mirrors findings from an earlier study on ozone involvement in Alzheimer's published in 2015, and previous research on traffic's effects on older men and women's brain functions. Though our brains naturally form magnetite, the magnetite deposits from the NAS study were markedly larger and more spherical than the norm. Minerals like magnetite, platinum, cobalt, and nickel are naturally occurring. But inhaling fuel emissions from car exhausts and industrial power plants cause these elements to rapidly grow inside the brain. Inhaling these elements over long periods attack the central nervous system, then the brain. Pollutants have already been linked to other brain development impairments, lung disease, stroke risk, and heart disease. People should not be exceedingly worried about the pollution's connection to Alzheimer's, as doctors cite exercise, healthy diet, and no smoking as combatants against dementia.

All wages are not created equally. There is a worldwide discrepancy between mens' and womens' wages. According to the Organisation for Economic Co-Operation and Development, the pay gap is at approximately 18 percent overall in the UK, US, and Australia. A new study revealed that women ask for pay raises just as frequently as their male counterparts. Three university business professors from the Cass Business School in London, the University of Warwick in the UK, and the University of Wisconsin found that women were 25 percent less likely than men to receive that pay raise when asking. Though the study focused on 4,600 workers in Australia only, it is a good way to envision the worldwide pay gap problem, according to its authors. "We were expecting to find evidence for this old theory that women are less pushy than men," said co-author Andrew Oswald, a professor of economics and behavioral science at Warwick University in the UK. "But the women and the men were equal." The study also revealed that younger women had greater success in gaining raises, a potential power shift for the future of pay negotiations.

A recent academic study has found a connection between CEOs and employees that goes beyond the workplace. After analyzing over 2,000 companies' voting data, three business professors found that employees tend to financially support presidential candidates that their bosses do. Ilona Babenko, professor at Arizona State University, Viktar Fedaseyeu of Bocconi University in Italy, and Song Zhang from the University of Lugano and the Swiss Finance Institute conducted the report. "Our evidence indicates that CEOs are a political force, with potentially important implications for firms they manage and for the nature of democracy," the report states. Some CEOs actively sought donations from employees, and other alignments were more subconscious. Employees felt that noncompliance with the higher-ups would threaten their jobs or overall industries. The report analyzes eight election cycles from 1999 to 2014. This election season has changed some aspects of employees following their leaders. Intel's chief executive Brian Krzanich recently cancelled an event for Donald Trump, saying that the event became a fund-raiser without his knowledge. Some executives have become quieter in their donation campaigns, fearing reactions against their businesses based on political endorsements.

A recent book, Cat Wars: The Devastating Consequences of a Cuddly Killer, by Peter Marra and Chris Santella explores cats' less than adorable effects on the environment, animal populations, and their humans. An estimated 60 million to 100 million stray cats are to blame. These feral felines breed extensively, then decimate local populations of birds and small animals like mice, lizards, and rabbits. Outdoor cats can also spread toxoplasmosis, a disease caused by the gondii parasite, to their owners via litter boxes. The parasite is transmitted through feces. American cats produce 1.2 million metric tons of feces, which can spread through contaminated water supplies and undercooked meat from previously infected livestock. Toxoplasmosis has been linked to small-scale flulike sickness, and more recently, mental disorders like depression and bipolar disorder. The book does not aim to dissuade people from loving their pets, focusing on informing them about their cats' outdoor activities affecting their indoor lives.

The death penalty may reach its end soon, as execution rates in the United States hit a 25-year low. There have only been two executions since May 1, and many states have been reducing the number of individuals that have been sentenced to death. The Associated Press estimates that there will be 19 executions by the end of this year in the United Sates, the nation's lowest amount since 1991. Only Texas, Georgia, and Missouri have been regularly enforcing the death penalty, yet Texas has stopped four executions in the past month. There were only two new death sentences last year in Texas. Many states, like Ohio and Oklahoma, have been struggling with finding suppliers for the proper execution drugs. Supreme Court Justices Ruth Bader Ginsburg and Stephen Breyer have concluded that the death penalty may be unconstitutional. "I think the death penalty is fading away," Ginsburg said recently. California has the highest number of inmates on death row, a figure standing at 746 inmates in early August. But California hasn't executed anyone in 10 years. Many of those on death row nationwide committed their crimes 30 years ago, according to death penalty lawyer and Southern Center for Human Rights President Stephen Bright.

People aren't reading the same things at the same pace that they used to in the United States. According to the National Endowment for the Arts, the number of American adults reading literature including plays, poetry, novels, and short stories, has fallen to a three-decade low. In 2015, 43 percent of adults read at least one work of literature for pleasure. Reading has been shown to impact a person's ability to feel empathy. In experiencing a text, the reader is granted access to a different place and point of view than their own. The NEA study focuses on reading outside of schoolwork, and does not account for things like tweets, Facebook statuses, or Tumblr posts. These mediums did not exist when the NEA surveys began tracking readership in 1982. This year's data shows a drop in readership across the board. It seems that if a person wants to experience the Middle Ages and fantastical adventure, they will watch "Game of Thrones" instead of reading it.