by AJ Distelhurst and Leah Habib 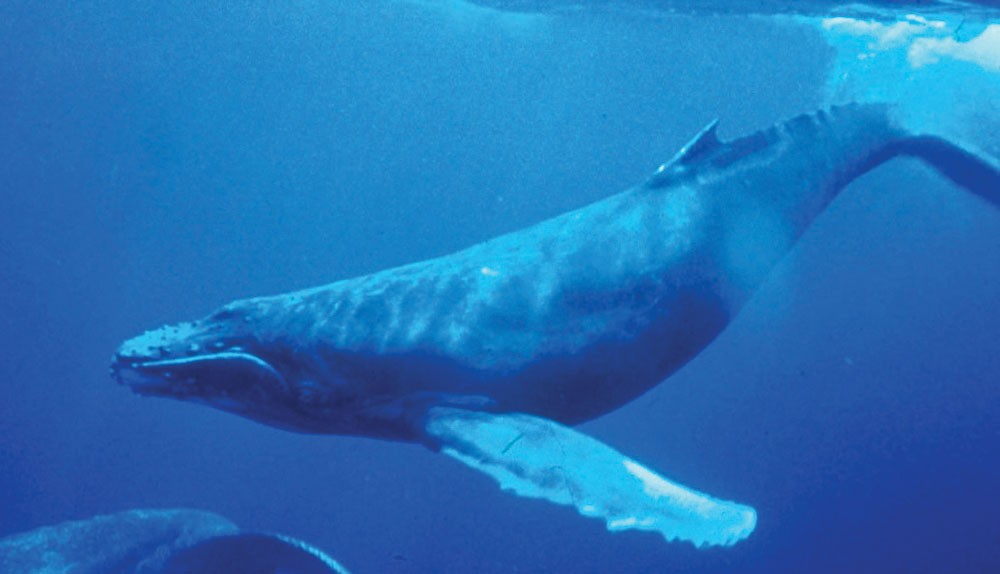 Humans and primates may not be the only animals to express altruistic behavior. Humpback whales around the globe have been rescuing animals from killer whale hunts. In data gathered by marine ecologist Robert Pitman, there were 115 documented interactions between humpbacks and orcas over the course of 61 years. In 89 percent of these documented interactions, the humpbacks were interfering with the killer whales hunt, rescuing the orcas. Additional animals rescued by humpback whales include: California sea lions, ocean sunfish, harbor seals, and gray whales.

Dental organizations and the federal government have long urged people to use dental floss, but there's hardly any proof of its benefits. The latest US guidelines have dropped the recommendation following an investigation by the Associated Press (AP). Last year, journalists from the AP asked the Departments of Health and Human Services and Agriculture for their evidence that flossing works. Since then, the US government has quietly dropped the recommendation, admitting that there is no scientific evidence to prove the benefits. Dental advisors are hesitant to believe this, though. "The difficulty is trying to get good evidence. People are different and large studies are costly to do; until then you can't really say yes or no," said Damien Walmsley, Professor at Birmingham University and scientific advisor to the British Dental Association.

In February 2015, Georgia resident Ronnie Music Jr. won $3 million off of a scratch-off ticket. Music, a maintenance worker, and his wife initially planned to save most of the money. Instead, he built a crystal meth ring to purchase and sell the drug. Music's and his co-conspirators attempted to sell about 11 pounds of crystal meth—with a street value of more than $500,000. On July 26, Music pleaded guilty to federal drug trafficking and firearm charges. "As a result of his unsound investment strategy, Music now faces decades in a federal prison," said Edward J. Tarver, the United States attorney.

Prior to 2013, a section of the Voting Rights Act in Southern states required jurisdictions to receive preclearance before changing voter registrations and elections. Since the abolishment of this section, efforts like voter ID laws and cutbacks in early voting periods have disenfranchised African American voters. On July 29, a federal appeals court eliminated a North Carolina law requiring voters to present a photo ID at the polls. The ruling also restores voters' ability to register on Election Day and before the age of 18. Furthermore, the ruling permits voters to cast early ballots. All of these provisions were prohibited, either partially or fully, prior to the ruling.

A new study finds: the more television you watch, the greater your risk for a fatal blood clot. Japanese researchers studied 86,024 generally healthy people who filled out questionnaires with items about health and lifestyle, including time spent watching television. During a follow-up of more than 19 years, there were 59 deaths from pulmonary embolism, a blood clot that travels from another part of the body to the lungs. After adjusting for other factors, researchers found that compared with watching TV less than two-and-a-half hours a day, watching for two-and-a-half to five hours increased the risk for a fatal clot by 70 percent, and watching more than five hours increased the risk by 250 percent. For each extra two hours of watching, the risk of death rose 40 percent.

Since 1991, the East Coast Greenway Alliance has been working on a bike path to connect the Atlantic seaboard with protected trails. The Greenway follows old train tracks and rivers from Maine to Florida. As of now, 850 miles of trails have been incorporated into the Greenway and the path spans 450 communities in 15 states. The project is currently 31 percent complete, according to Dennis Markatos-Soriano, the executive director of ECGA. By 2020 ECGA hopes to include 200 more miles. When completed, the ECGA hopes it will serve as a viable national thoroughfare—an interstate for the health-conscious, eco-friendly age.

More young adults born in the 1980s and `90s are choosing not to have sex, according to the results of a new study published in the Archives of Sexual Behavior. Millennials are twice as likely to be virgins, compared to GenXers—people born in the 1960s and '70s—when they were the same age. "A few years ago, I would have been very surprised at this result," says study author Jean Twenge, a psychology professor at San Diego State University and author of the book Generation Me. It certainly seems surprising, given Twenge's recent data that same-sex hookup rates have doubled in the US and young Americans are more sexually free and less traditional. But other recent research, including data from the Center for Disease Control, points in this direction: Young adults have fewer sexual partners and are starting to have sex later.

Trials are vanishing from the American judicial system. In the Southern District of New York, only 50 criminal trials occurred in 2015. This is the lowest number of trials since 2004. "It's a loss," said Judge Lewis A. Kaplan, who hasn't had a criminal trial in 18 months, "because when one thinks of the American system of justice, one thinks of justice being administered by juries of our peers. And to the extent that there's a decline in criminal jury trials, that is happening less frequently." Legal experts attribute the decline primarily to the advent of the congressional sentencing guidelines and the increased use of mandatory minimum sentences, which transferred power to prosecutors and discouraged defendants from going to trial, where, if convicted, they might face harsher sentences.