According to a report from the Environmental Working Group (EWG), 12 commonly purchased fruits and vegetables could contain 47 to 67 pesticides per serving. Dubbed “The Dirty Dozen,” these fruits and vegetables (including celery, spinach, potatoes, and bell peppers) absorb high levels of pesticides due to their soft skin. Produce with a stronger outer layer, like asparagus, onions, and watermelon, were found to contain little or no pesticides. The EWG advocates limiting ingestion of pesticides by opting to buy organic versions of “The Dirty Dozen,” which can reduce your exposure by up to 80 percent. According to the EPA, consuming small amounts of pesticides isn’t harmful but longterm studies don’t yet exist. Amy Rosenthal of the EWG warns, “Pesticides are designed to kill things. Why wait for 20 years to discover they are bad for us?”
Source: CNN

A study from the Harvard School of Public Health found that children are twice as likely to be born with autism if their mothers took fertility drugs such as Clomid. Additionally, the longer a woman takes these infertility drugs, the higher her chances are of giving birth to a child with an autism spectrum disorder. The study was presented at the International Meeting for Autism Research in Philadelphia in mid-May along with a paper by an Israeli research team that found a link between in-vitro fertilization and autism.
Source: Time

The Marist College Bureau of Economic Research studied housing patterns in eight counties from 2006 to 2008 and concluded that more people are moving out of the Hudson Valley area than are moving in, with the exception of Ulster and Sullivan Counties. Many households that moved within the region changed to less expensive housing instead of housing closer to work. Despite increases in Ulster, a resident was found nearly twice as likely to move out of state than an out-of-state household was to move into the region.
Source: Marist College Bureau of Economic Research

Each year, GMAC Insurance administers the written driver’s test to already-licensed drivers across the country. They estimate that if retested today, approximately 38 million drivers would fail. Using data from the 5,202 individuals tested this year, GMAC finds Kansas has the smartest drivers and New York, the dumbest.
Source: Consumerist;GMAC Insurance

On May 25, one of the biggest oil spills in the trans-Alaska pipeline’s 33-year history occurred when a pump station controlled by Alyeska Pipeline Service Company was undergoing a standard test of the station’s battery-controlled backup system. When the batteries failed, valves opened filling and overflowing a 2.3-million-gallon storage tank. In response, the 800 miles of pipeline between North Slope oil fields and the Valdez tanker port was shut down for three days but oil already in the pipeline continued to flow and leak out. According to the Department of Environmental Conservation in Alaska, the entire spill totaled 210,000 gallons and was contained in a lined, bermed area. As of June 2, approximately 56,000 gallons of crude oil have been cleaned up and sent to the tanker terminal in Valdez to be recycled. The pipeline makes up about 10 percent of US oil production. Alyeska is owned by an oil-company consortium, with BP’s share making up nearly half at 46.9 percent.
Sources: News Tribune; Anchorage Daily News

In a recent survey by Feeding America, one in eight Americans use a food bank to help keep themselves and their familes fed. The survey looked at data from approximately 37,000 food banks. In response to hunger in the United States, Wal-Mart pledged to donate $2 billion to food banks across the country. As part of this effort, the corporation plans to spend $250 million providing food banks with refrigerated trucks to help them increase the availability of fresh fruits, vegetables, meats, and dairy products. The Target Corporation donated $1.2 million to Feeding America and $2.3 million to be used to create pantries in schools that also offer nutrition education.
Source: New York Times

The Center for Disease Control and Prevention found that approximately 17 percent of sexually experienced teenage girls have used the rhythm method for birth control, an 11 percent increase since 2002. The findings are concerning because the rhythm method (only engaging in sexual activity on nonfertile days) is only found to be effective 75 percent of the time. The teenage birth rate dropped from the early ‘90s to 2005 but has since reversed its trend with the exception of a two percent drop in 2008. Bill Albert, spokesman for the National Campaign to Prevent Teen Pregnancy, observes, “We’ve known the decline in childbearing stalled out. This report kind of fills in the why.” Along with birth control methods, the survey found changes in teen attitudes toward pregnancy and childbirth. Sixty-four percent of teenage boys believe it’s okay for an unmarried female to have a baby, a 50 percent increase since 2002. Seventy percent of teenage girls felt the same way, a 5 percent increase since 2002. The Center for Disease Control and Prevention noted that at the time the survey was conducted, the high-profile teen pregnancies of Bristol Palin and Jamie Lynn Spears dominated the news and the movie Juno, about a teenage girl’s pregnancy was extremely popular.
Source: Google News

The SUNY New Paltz Center for Research, Regional Eduction, and Outreach (CRREO) ranked the mid-Hudson Valley’s “Regional Well-Being Index” at 50 out of 100. To determine the score, Dutchess, Sullivan, Orange, and Ulster Counties were sized up according to economy, education, environment, community and equity, governance, health, arts and culture, and safety. Individually, Ulster had the highest score at 57, followed by Dutchess at 51, Orange at 47, and Sullivan at 41. Tobin Flussher from the CRREO believes the index can prove useful to people working in all spheres of the community and will be updated each year. CRREO Director Gerald Benjamin commented, “We hope this first Regional Well-Being report will dramatize how much a regional vision in the Mid-Hudson Valley is broadly shared, and provide a continuing agreed focus on how we may together progress toward agreed goals.”
Source: Mid-Hudson News

In an effort to protect the Chesapeake Bay, the EPA is cracking down on Amish farmers who don’t have adequate systems for storing cow manure. Runoff from manure has been responsible for reducing oxygen rates and killing fish in the bay since the 1970s. Lancaster County, Pennsylvania—where 50 percent of the farms are owned by Amish families—is one of the top polluters. On average, the county generates 61 million pounds of manure each year, about six times more than other counties in the Chesapeake Bay watershed. With a historic distrust of governmental intrusion, members of the Amish and Old-Order Mennonite communities in Lancaster County have been split in their approach of dealing with the issue. Some have accepted government grants to build manure pits, while others refuse government involvement and are constructing manure management systems on their own. The penalties on those who refuse financial assistance from the government but can’t afford manure management systems have yet to be seen.
Source: New York Times

In early June, the United Nations Environment Program’s International Panel of Sustainable Resource Management released a report announcing a worldwide switch to a meat- and dairy-free diet is essential to stave off further climate change, depletion of energy resources, and mass starvation. Within 40 years, the human population is expected to reach 9.1 billion—the majority of growth occurring in non-Western countries—necessitating a 70 percent increase in food production. The panel found that countries with rising affluence had diets higher in meat and dairy, and therefore, greater fossil fuel consumption and environmental impact. Much of the world’s food crops and fresh water is used by the meat industry and raising animals to be eaten is more damaging to the planet than producing materials like cement, metal, and plastic. The panel warned developing countries not to mimic the West’s meat-and-dairy laden diet and fuel consumption. Currently, agriculture (meat and dairy products in particular) uses up 70 percent of the world’s fresh water and 38 percent of the land, and creates 19 percent of the greenhouse gas emissions.
Source: Guardian 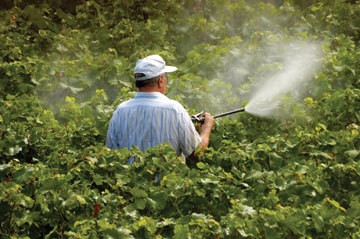