While You Were Sleeping: September 2017 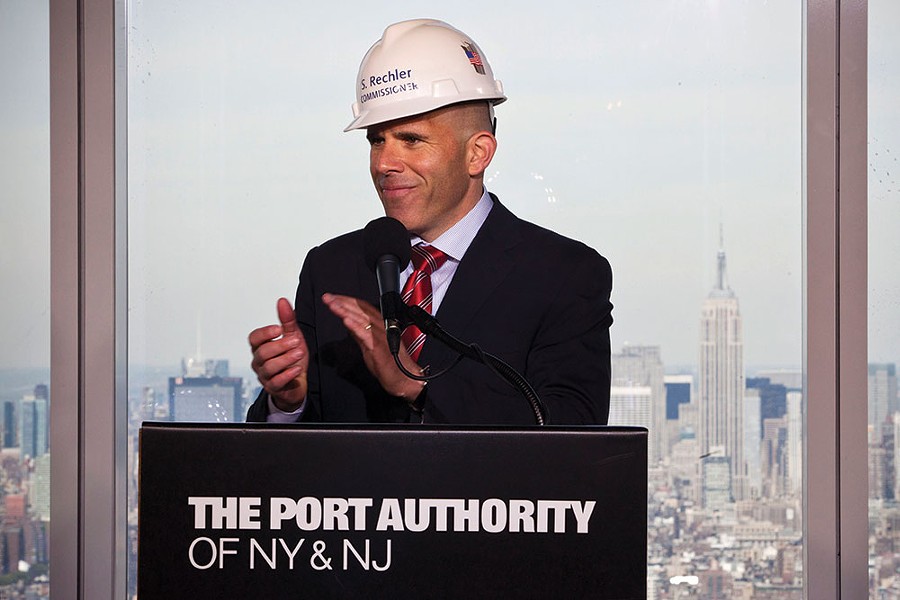 Over the last two and a half years, 18 donors have given $100,000 or more to Governor Andrew Cuomo's campaign fund. Scott Rechler, CEO of RXR Realty, and his family members have given Cuomo $160,000 in the first two years of Cuomo's second term (and $128,000 during Cuomo's first four years in office). A month later, Cuomo appointed him to the Metropolitan Transportation Authority board. Mayer Hirsch, a developer invested in the Hasidic community Kiryas Joel gave Cuomo $250,000—after he vetoed a bill that would restrict development of the Jewish village. Most donors are limited at $65,100, but some control many LLCs and can donate $65,100 through each entity.

Digital music streaming has surpassed physical album sales. According to a report released by Nielsen Music showing statistics of the music industry for the first half of 2017, hip-hop has become the biggest genre in the US. Hip-hop accounts for 25.1 percent of music consumption, while rock music remains at 23 percent. Generally, those who stream music online are younger and listen to current artists who offer their music online to download. Older rock bands from previous generations aren't necessarily coming out with new material or putting their music up online to be downloaded by the young, present-day music lovers.

Due to a decrease in the cost of building solar- and wind-powered farms (and a weaker demand for electricity), the interest in owning renewable energy is becoming more appealing to utility companies. American Electric Power is set to invest $4.5 billion to build a wind farm in Oklahoma—a state widely known for its fossil fuel production. The wind farm will service more than 1 million customers throughout Texas, Alabama, Arkansas, and Oklahoma. The 2,000-megawatt wind energy project could become the largest in the United States and the second largest in the world. The project—part of the Wind Catcher Energy Connection—will include around 350 miles of high-voltage transmission lines.

Over the last 40 years, sperm counts in western men have drastically declined. Each year between 1973 and 2011, the concentration of sperm has dropped by an average of 1.4 percent, totaling over 52 percent. The report, published in the Human Reproduction Update, drew upon studies in the 40-year period that involved over 43,000 men. The sperm count dropped from 99 million per milliliter in 1973 to 47.1 million per milliliter in 2011.

Trump has found another reason to prolong American presence in Afghanistan: Mineral deposits. In 2010, American officials estimated that the monetary value of the country's untouched mineral wealth is nearly $1 trillion. The interest in Afghan minerals is not new: The George W. Bush administration conducted aerial surveys to map out mineral resources in the land, while the Obama administration attempted to build a mining industry there (to no avail, due to lack of infrastructure and other security issues). Laurel Miller, a senior analyst at RAND, stated, "It would be dangerous to use the potential for resource exploitation as a selling point for military engagement. The barriers to entry are really quite considerable, and that kind of argument could fuel suspicion about America's real intentions in Afghanistan." On August 22, Trump announced a troop buildup in Afghanistan.

At the end of July, Honolulu became the first major US city to ban pedestrians from texting while crossing the street. Signed into law by Mayor Kirk Caldwell, the bill, known as the "Distracted Walking Law," also targets those using laptops, digital cameras, or playing video games. The law will go into effect on October 25. Violators will be fined based on the number of offenses: $15 to $35 for the first offense, $35 to $75 for the second, and for the third, $75 to $99. Fort Lee, New Jersey, also enacted a similar law a few years ago.

29 million Americans don't have health insurance. At the end of July, more than 2,000 people traveled to Appalachia for a free, three-day pop-up medical clinic at the county fairgrounds in Wise, Virginia—the largest the nation has seen. Remote Area Medical, a charity organization, ran the clinic. Patients slept in cars or in truck beds the night before to assure their spot in line when the gates opened at 5am. Many were unemployed or low-income workers who didn't have insurance or access to medical care. Only 16 percent of the patients were employed full time; 25 percent were disabled, and 92 percent were white. "We're sicker here than in Central America," said Dr. Joseph Smiddy, a lung specialist. "In Central America, they're eating beans and rice and walking everywhere. They're not drinking Mountain Dew and eating candy. They're not having an epidemic of obesity and diabetes and lung cancer."

The construction of two South Carolina nuclear power plants has been abandoned due to delays and cost overruns. About 40 percent of the work was completed on the V. C. Summer plant in Fairfield County, which cost the companies nearly $9 billion. Utility officials estimated that the two nuclear plants would not generate electricity until 2021 and could possibly cost $25 billion—more than twice the anticipated estimate. The construction stoppage on the reactors leaves only two new nuclear reactors being built—both in Georgia—while more than a dozen older plants are being retired. Given low natural gas and oil prices, energy experts wonder if the nuclear industry can recover.

The Trump Forest website displays the slogan "Trump Forest: Where ignorance grows trees." The worldwide reforestation project (whose intention is to "offset Trump's monumental stupidity") was created in March 2017 by British climate scientist Dr. Dan Price, along with American PhD candidate Jeff Willis and Adrien Taylor—the founder of a sustainable hat company. 75,000 trees have already been donated since the project began. Here's how it works: The trees can be planted in any location; the planter then sends a receipt to the creators and the trees are added to an online map. Those who are interested can also donate to reforestation projects, such as Eden Reforestation Projects, which plants trees in Madagascar. The goal is to grow a forest that is large enough to reverse the impact of the repeal of Obama's Clean Power Plan, which set national carbon limits on power plants and would have potentially prevented about "650 million tons of carbon dioxide from reaching the atmosphere over the next 8 years."