While You Were Sleeping: September 2014

by David King and Iana Robitaille

A work of street art by Banksy painted on the wall of a house in Cheltenham, England, has itself been defaced by graffiti artists. The piece in question appears on a wall next to a phone booth and depicts several men "listening in" on the booth. Like much of Banksy's work, the piece is a political statement, commenting on the mass surveillance program of the Government Communications Headquarters, whose offices are based in Cheltenham. The vandalism does not appear to be politically motivated. Local businessman Hekmat Kaveh, who agreed to pay an undisclosed amount to keep the artwork in place, said he believed it could be saved.

Studies conducted by the Centers for Disease Control and a recent acquisition of Lorillard by tobacco giant Reynolds American have suggested changing trends among smokers in the United States. According to the CDC, the percentage of Americans who smoke has fallen from 40 percent in the 1960s to 18 percent today. Despite this overall decrease, the tobacco industry still makes a lucrative business catering to demographics that smoke more—people living beneath the poverty level, those with a GED-level education, and Native Americans. The prevalence of smoking is also dependent on cultural and geographic factors. In much of the Midwest, smoking remains common and bears fewer stigmas than elsewhere in the country. The Lorillard acquisition also indicates changing attitudes among smokers. E-cigarettes, a smoke-free alternative, are growing in popularity. Other smoke-free products, like nicotine patches and snuff, are also on the rise. As fewer Americans are smoking at all, and as many smokers are seeking ways to quit altogether, it seems the tobacco industry is finding ways to adapt to changing markets.

A tourist seeking to take pictures of Yellowstone National Park crashed a camera-equipped drone into its largest hot spring, possibly damaging the prized geothermal feature. The incident follows the crash earlier this summer of a drone into a marina at Yellowstone Lake and a string of radio-controlled aircraft violations at Grand Teton National Park in Wyoming. The National Park Service in June announced a ban on so-called unmanned aerial vehicles, but officials say premier national parks in the West are reporting a sharp rise in the number of drones buzzing bison and boaters. It was not clear if the drone that crashed and sank in the Grand Prismatic Spring, the third-largest hot spring in the world and a top attraction for the roughly three million annual park visitors, would damage the geothermal feature and officials were ultimately unsure whether to attempt to remove it.

Living longer now takes less time than ever. According to a study published in The Journal of the American College of Cardiology in July, running for five minutes a day could significantly reduce the risk of certain diseases and extend one's lifespan. Researchers from a number of universities and medical centers examined a collection of data at the Cooper Clinic and Cooper Institute of Dallas, comparing the records of 55,137 healthy men and women. They found that the 24 percent of the group who identified themselves as runners—regardless of frequency or intensity—were 45 percent less susceptible to die of heart disease. In fact, they were 30 percent less likely to die of any cause. Even runners who were overweight and/or smoked were less likely to die prematurely. Results were, on average, just as positive for those who ran slowly or for less time than serious runners, suggesting that even small amounts of vigorous exercise are more beneficial than previously thought.

The Drug Enforcement Administration paid an Amtrak employee hundreds of thousands of dollars over two decades to obtain confidential information it could have gotten for free. According to a report released Monday by Amtrak's inspector general, the DEA paid an Amtrak secretary $854,460 since 1995 to be an informant. The employee was not publicly identified except as a "secretary to a train and engine crew." Amtrak's own police agency is already in a joint drug enforcement task force that includes the DEA. According to the inspector general, that task force can obtain Amtrak confidential passenger reservation information at no cost. It was not immediately clear whether the DEA has rules against soliciting corporate insiders to provide confidential customer information in exchange for money when providing that information would cause the employee to violate a company's or organization's own rules or policies.

A federal appeals panel recently prevented the closing of the only abortion clinic in Mississippi. The panel ruled as unconstitutional a state law that would have required the clinic's doctors to earn admitting privileges at local hospitals—a likely impossible order. Proponents of the law believe it was wrongly interpreted, arguing that its intention was not to prevent access to abortions but to make them safer. Those in opposition contend that it was only one of many recent laws meant to shut down much-needed clinics. Some claimed that even if the Mississippi clinic closed, neighboring cities in other states could provide plenty of alternative clinics for women. Those centers, however, may also be at risk of closure. Texas made headlines in March by passing a law requiring admitting privileges, effectively closing one third of its facilities and leaving only 22 in the entire state. Similar laws are up for debate in Louisiana, Alabama, Tennessee, and Kansas.

According to a recent study by the Urban Institute, over one-third of Americans have debt that has gone to collection. For many consumers, the debt is due to unpaid credit card and phone bills, student loans, and home mortgages. According to Caroline Ratcliffe, a senior fellow at the Institute, even the smallest unpaid fees can negatively impact credit scores and employment opportunities. The 35.1 percent of people found to have been reported owe an average of $5,178. Though this is the lowest level of individual debt seen in the United States in a decade, the percentage of Americans with debt in collections has remained consistent. The numbers aren't evenly distributed—states in the South and West, like Texas, Nevada, and Mississippi, account for the greatest populations of delinquent debt. Statistics are also disproportionate because most debt is a result of home mortgages. In San Jose, California, where property values are much higher, a resident with 84 percent of a nearly $100,000 debt tied to a mortgage is less likely to be delinquent than a McAllen, Texas resident, with a quarter of the debt.

If you've been craving a several-thousand-calorie meal lately, you won't have to look much farther than your local Cheesecake Factory. The Center for Science in the Public Interest (CSPI) has published the results of its 2014 Xtreme Eating contest, and most fast food chains' menus boast meals that hit the 2,000-calorie mark. Compare this to the USDA's recommended total daily intake of 2,000 calories for women and 2,500 for men. The contest's undisputed winner was the Cheesecake Factory, which filled three of the nine winning slots. According to the CSPI, its Bruléed French Toast offers a whopping 2,780 calories, 93 grams of saturated fat, 2,230 milligrams of sodium, and 24 teaspoons of sugar—roughly the equivalent of 14 slices of Aunt Jemima frozen Homestyle French Toast stuffed with two-and-a-half tubs of cream cheese. Try washing that down with a single, 1,500-calorie slice of the restaurant's Reese's Peanut Butter Chocolate Cake Cheesecake. BJ's Signature Deep Dish Chicken Bacon Ranch Pizza was another winner, with 2,160 calories and a three-days' serving of sodium. The pizza may look delicious, but the CSPI recommends you leave time for the five-and-a-half hours of nonstop biking it would take to burn it off. 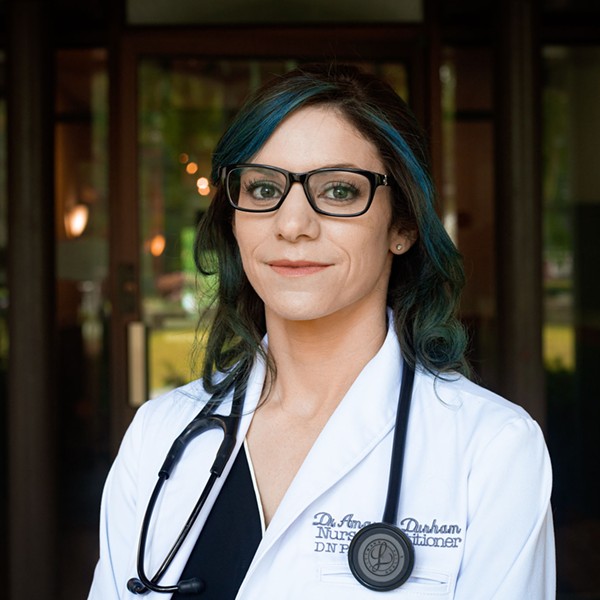 When Food is Futuristic