While You Were Sleeping: September 2011

August 26, 2011
Last Updated: 08/07/2013 4:28 pm
comment
In 1979, director Franco Zeffirelli remade a 1931 film called The Champ starring Jon Voight and nine-year-old Ricky Schroder. Though unsuccessful at the theaters, it has become a must-see in psychology laboratories around the world. In the last scene of The Champ, young Schroder watches his father die in front of him. After years of studying films and people’s reactions, psychology professor Robert Levenson and a graduate student found that the film is the saddest movie in the world. Bambi was a close second. They experimented with other emotions as well and found other movies brought strong emotional responses. My Bodyguard and Cry Freedom brought out anger; When Harry Met Sally and Robin Williams Live, amusement; Pink Flamingos, disgust; The Shining and Silence of the Lambs, fear; Capricorn One and Sea of Love, surprise.
Source: Smithsonian Magazine

Vancouver will be distributing clean, unused crack pipes to drug users starting later this year. The goal is to reduce the transmission of diseases like HIV and hepatitis, while also ensuring the interaction between health-care and social workers and drug addicts. The city already hands out clean mouth pieces for crack pipes, but not the actual pipes. “If you can deliver [harm-reduction programs] in a way where you can get people into other services, that’s very beneficial,” said Dr. Patricia Daly, the medical health officer for Vancouver Coastal Health.
Source: Canadian Press

As of September 2011, McDonald’s will shrink the size of French fries and add a serving of fruit or vegetables to every Happy Meal. The new meals will represent a 20 percent decrease in calories with options including carrots, raisins, and apples, depending on the time of year and region the meal is served. Prices will not go up with the changes. French fries will drop to 1.1 ounces of potatoes from the current 2.4. In 2010, San Francisco and Santa Clara County banned toys served with meals unless the meals met certain nutritional criteria. Beginning next year, McDonald’s will also add a nutritional message to their advertising campaigns, directed at children. The company plans to reduce the amount of sodium in its food by 15 percent, as well as reducing sugars, saturated fat, and calories.

Although McDonald’s is offering healthier options, a new study by University of North Carolina researchers found that the child obesity epidemic is related to takeout food. Since 1977, calorie intake from takeout food has increased from 23.4 percent to 33.9 percent. “Eating foods prepared outside of the home has become the norm, not the exception. This makes it more critical to make healthy choices when choosing foods made away from home,” said Lona Sandon, a spokeswoman for the American Dietetic Association.
Source: Los Angeles Times, USA Today

In 1972, the federal law Title IX was enacted, requiring schools at all levels across the country to allow females equal access to athletics. Yet since then, universities have been accused of denying female students fair chances in sports. The Office for Civil Rights, the federal agency in charge of investigating sex discrimination, have let the cases drag on for years. The office does have the power to take away the school’s federal funds if they violate the law, but since the law was enacted, they have not given such punishment. The office has not sent a single case to the Justice Department for additional action. “Unfortunately, what we see is that many schools are getting away with providing fewer opportunities to girls because they don’t do what they’re supposed to unless made to,” said Neena Chaudhry, senior counsel at the National Women’s Law Center.
Source: New York Times

Researchers at the University of Oxford in England found that taller women have a greater risk of cancer. For each four-inch increase in height over 5’1’’, the cancer risk increases by about 16 percent. The researchers suggest that levels of growth hormone might be involved, or that their bodies are comprised of more cells. “The interest in this study is in giving us a clue about how many cancers might develop,” said Jane Green, lead author and epidemiologist at Oxford.
Source: New York Times

On July 26, environmental activist Tim DeChristopher was sentenced to two years in jail, three years' probation, and a $10,000 fine. Two years ago, DeChristopher was arrested for bidding nearly $2 million and derailing a 2008 government auction of oil and gas leases; the activist, who didn’t have the money, was bidding to protest the sale. He was charged with two felony counts for interfering and making false representations. Before his sentence, DeChristopher told the judge, “I have no desire to go to prison, and any assertion that I want to be even a temporary martyr is false. I want you to join me in standing up for the right and responsibility of citizens to challenge their government. I want you to join me in valuing this country’s rich history of nonviolent civil disobedience.”
Source: Take Part, New York Times

A new health care overhaul by the Obama administration on August 1 will dramatically change health insurance coverage for women. As of January 1, 2013, a women’s prevention package will cover birth control, breast pumps for new mothers, and counseling on domestic violence, among other services, with no copays. Tens of millions of women are expected to benefit from the package. Some insurance plans may be exempt due to a provision that allow religious institutions to opt out of offering birth control coverage.
Source: Associated Press

On August 2, a federal judge ruled that former Defense Secretary Donald H. Rumsfeld can be sued personally for damages by a former US military contractor who was imprisoned and tortured over nine months in Iraq. The man, who speaks five languages and was a translator for the Marines, was abducted by the US military without justification and was suspected of helping to pass classified information to the enemy. He was released in August 2006 without explanation and filed suit against Rumsfeld, saying Rumsfeld approved the interrogation techniques used. The Obama administration represents Rumsfeld and argues he cannot be sued personally. However, US District Judge James Gwin rejected the arguments and said US citizens are protected by the Constitution abroad or at home during wartime.
Source: Associated Press

The wealth gap between minorities and whites has increased due to an uneven recovery from the recession, according to an analysis by the Pew Research Center. Whites have 20 times the net worth of blacks and 18 times that of Hispanics. In 2009, the median wealth of white US households was $113,149; Hispanics, $6,325; blacks, $5,677. “What’s pushing the wealth of whites is the rebound in the stock market and corporate savings, while younger Hispanic and African Americans who bought homes in the last decade—because that was the American dream—are seeing big declines,” said Timothy Smeeding, a University of Wisconsin-Madison professor. Stock holdings make up 28 percent of whites’ net worth, compared to 19 percent for blacks and 15 percent for Hispanics. Blacks also now have the highest unemployment rate, at 16.2 percent.
Source: Yahoo 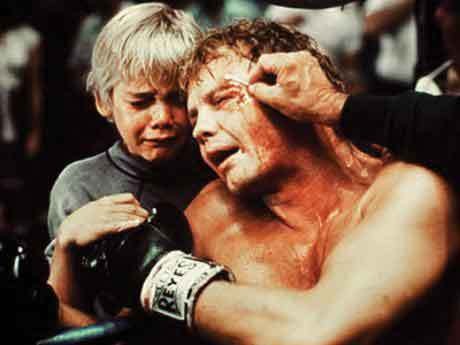