While You Were Sleeping: October 2012 | National | Hudson Valley | Chronogram Magazine

While You Were Sleeping: October 2012 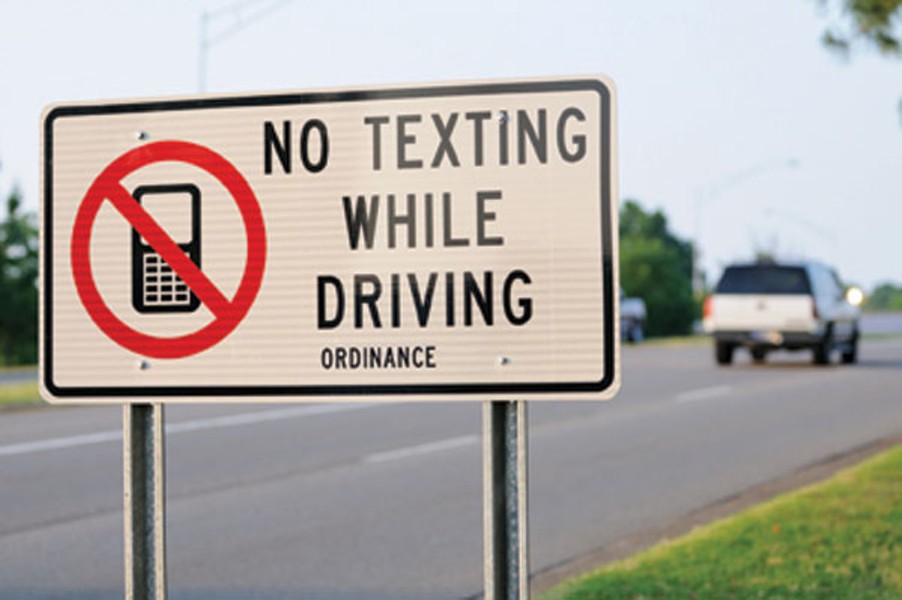 In a new survey conducted for Ford Motor Company by Penn Schoen Berlin, 99 percent of the 2,506 licensed drivers described themselves as safe drivers. In the same group, 76 percent admitted to eating while driving, 55 percent to driving over the speed limit, and 54 percent to talking on hand-held mobile phones. Also, 37 percent said they drive when overtired, and 25 percent said they search contacts on their phones while driving. Most of the people in the survey who consider themselves safe drivers admitted to being concerned about other drivers on the road. The survey findings are being considered for the addition of safety features in the new Ford Fusion sedan designed to help drivers with some of these impulses. Nine out of 10 people expressed interest in systems that slowed the vehicle if it detected an oncoming collision, and eight in 10 would want a car that pulled back into a lane if it started drifting off the road. The survey found that 59 percent would not feel comfortable with technologies that would take away their control over the vehicle. The 2013 Fusion will offer some of these safety features.
Source: Wall Street Journal

A federal court blocked a Texas law that would have required voters to show government-issued photo identification before casting ballots in November. They argued that the law would discourage minority voters and impose unfair financial burdens on the poor, who would need to pay fees to obtain election ID cards if lacking proper documentation. To obtain the card, voters would need to travel to a state Department of Public Safety office, some which are up to 250 miles away from certain towns, and would require ID verification to obtain—a certified copy of a birth certificate costing $22. Supporters of the law claim that it’s needed to prevent voter impersonation fraud. Critics argue that such fraud is rare, and that the law is a veiled attempt to dissuade a Democratic demographic of students and minorities from voting. This ruling came two days after a panel in the same court found that the Texas legislature had intentionally discriminated against minority voters in drawing up electoral district maps.
Source: New York Times

In the first-ever trial of a sitting prelate, Roman Catholic Bishop Robert W. Finn of Kansas City was found guilty of failing to report suspected child abuse of a pedophile priest. Computer technicians found hundreds of pornographic pictures of young girls on Reverend Shawn Ratigan’s laptop when he brought it in for repairs. After being confronted with the photos, Ratigan attempted suicide. Bishop Finn sent him to live in a convent after returning from psychological treatment, but Ratigan continued to attend children’s events and take lewd photos unreported by the bishop. Finn is being sentenced to two years of court supervised probation. In August, Ratigan pleaded guilty to federal child pornography charges, and is awaiting sentencing.
Source: New York Times

Shortages of food, water, electricity, jobs, hospital beds, and classrooms are problems in one of the most densely populated places in the world. At the nexus of political warfare between Israel, Palestine, and Egypt, the Gaza Strip depends on relief from the Untied Nations. The UN provides food aid to 1.1 million of the 1.64 million residents, many of whom live in floor-less houses, act against cultural practices by slaying horses for meat, and keep children from school because they cannot afford clothing or supplies. A United Nations mission in Gaza report issued August 27 questioned whether the 139-square-mile area will be “a livable place” in 2020; but, according to residents, it’s barely livable now.
Source: New York Times

Studies show that high achievers are just as likely to violate standards of academic integrity as others—a problem that has worsened over the last few decades. Donald L. McCabe, a professor at the Rutgers University Business School and a leading researcher on cheating, notes that while typically students cheat to survive, more and more students are cheating to thrive. He attributes this to higher competition, higher tolerance from parents and institutions, and, with Internet more accessible, more ease in getting away with it. A recent study at Duquesne University found that students were more likely to copy the more online tools they were allowed to use to complete the assignment because students have a harder time understanding what constitutes plagiarism.
Source: New York Times

About 5.9 million people nationwide, up about a third in the last five years, have taken out government-backed student loans. Nearly one in every six borrowers with a loan balance is in default, amounting in $76 billion, more than the yearly tuition bill for all students at public two- and four-year colleges and universities. Defaulting can ruin borrowers’ credit and increase the amount they owe up to 25 percent of the balance. The Education Department paid more than $1.4 billion last fiscal year to collection agencies to hunt down defaulters. ConServe, a debt collection agency in suburban Rochester, expects their payroll of 420 to double in three years.
Source: New York Times

Shepard Fairey, Los Angeles-based street artist and creator of the Obama “Hope” poster, was sentenced to two years probation and a $25,000 fine over copyright infringement accusations from the Associated Press. Though Fairey said his artwork fell under fair-use laws, the artist pleaded guilty in February to destroying documents and manufacturing evidence in his legal battle with the AP over his use of the 2006 Obama photo. Though the federal prosecutors sought jail time for Fairey, his charges were dropped due to mitigating factors like his admission of guilt, a difficult to treat advanced case of diabetes, and the artist’s charity work and letters of support.
Source: Los Angeles Times

An international group of investors and government representatives signed a memorandum in September that will allow construction to begin in six months on three privately run cities in Honduras that will have their own police, laws, government, and tax systems. Supporters argue that the project will strengthen Honduras’s weak government and failing infrastructure. Mclaughlin Gormley King Co., Inc. will invest $15 million to begin building basic infrastructure for the first model city on the Caribbean coast, which would create 5,000 jobs over the next six months and up to 200,000 in the future. Opposers, including the indigenous Garifuna people and Oscar Cruz, a former constitutional prosecutor who filed a motion with the Supreme Court last year, argue that the project is unconstitutional and an act of pure colonialism. The Supreme Court has not responded to Cruz’s complaint.
Source: Washington Post

A new study of acupuncture offers strong scientific support that the age-old therapy used by an estimated three million Americans each year can ease chronic pain. The six-year study financed by the National Institutes of Health included a detailed analysis of data on nearly 18,000 patients. The results found that acupuncture outperformed sham treatments and standard care for people suffering from osteoarthritis, migraines, and chronic back, neck, and shoulder pain. About half of the patients treated with true acupuncture reported improvements, compared to about 30 percent of patients who did not undergo the treatment.
Source: New York Times

National While You Were Sleeping Internet Safe Driving

News Headlines You May Have Missed from November 2017