While You Were Sleeping: May 2017 | General News & Politics | Hudson Valley | Chronogram Magazine 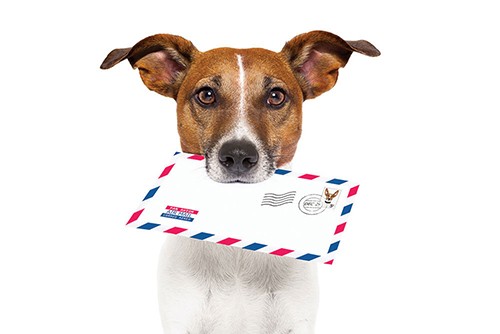 It's no surprise that dogs and postal workers don't get along. In 2016, there were 6,755 reported attacks on postal workers by dogs. This number increased by 200 compared to the number of attacks reported in 2015. In a list of 40 cities ranked as the top 30 for dog attacks, three New York localities made the list: Buffalo at number 21 with 28 attacks, Brooklyn at number 22 with 27 attacks, and Flushing at number 27 with 22 attacks.

In early April, Pierre Omidyar, billionaire founder of eBay pledged to fund investigative journalism and to combat the spread of misinformation online. The funds will be dispersed over the next three years through the Omidyar Network, a philanthropic investment firm started by Omidyar and his wife in 2004. The International Consortium of Investigative Journalists will receive $4.5 million, and the Anti-Defamation League will also receive a grant to build a new base to combat the growing threat of online trolls. Steve King, a partner at Omidyar Network said, "What we've seen over the last 12 months particularly has been an increase in distrust—distrust in government institutions, in the media, and social media." King continued, "This new commitment is to provide funding for organizations that are trying to restore trust; the $100 million will be dedicated to supporting independent media, tackling misinformation and hate speech, and looking at ways in which technology can help repair relationships between citizens and the government."

The first two longitudinal studies that looked at the association between maternal age at children's birth in relation to their cognitive ability conducted in Britain during 1958 and 1970 found that children born to older women had lower cognitive scores, but the most recent study (2000-2002), reversed that association. Researchers found they could explain this reversal by correcting for the social and economic characteristics of the mothers. Mothers today are more likely to be educated and better off by the age of 35, leading them to be more patient with their children and less likely to raise their voice, causing the children to be raised in a healthier environment.

Amnesty International reported on April 11 that death penalty sentences fell to a historic low in the US in 2015 and executions also dropped sharply, which added to a worldwide slump of over a third from 2015. The US had 32 death sentences handed down in 2015, which was the lowest number recorded since 1973; 20 executions meant the country is now no longer amongst the world's five biggest executioners. The report from AI also reported that Iran was down 42 percent with 567 and Pakistan down to 73 percent with 87 executions. Overall, Amnesty recorded 1,032 executions worldwide last year—a 37 percent decline from 2015. The statistics exclude China, which "executes more people than the rest of the world combined but keeps the precise numbers secret," according to Amnesty.

The Khmer Rouge ruled Cambodia from 1975 to 1979 and killed 1.7 million people during that time. According to BBC News, "under the Marxist leader Pol Pot, the Khmer Rouge tried to take Cambodia back to the Middle Ages, forcing millions of people from the cities to work on communal farms in the countryside." A tribunal to seek convictions came together with the help of the United Nations in 2006; however, 11 years later, after $300 million was spent on the tribunal, only three convictions have been passed down. Cambodian expert Professor Alexander Hilton said of the trial, "The Cambodian government had a very different idea about how many people would be tried, and their view appears to [have prevailed]." Prime Minister Hun Sen had opposed further indictments, suggesting that an expanded trial would lead Cambodia into a civil war.

A freezer failure at a cold storage facility in Edmonton run by the University of Alberta caused 180 ice cores to melt. The thawing robbed scientists of some of the oldest records of climate change in Canada's far north. Glaciologist Martin Sharp said that the failure on April 2 left "pools of water all over the floor and steam in the room. It was like a changing room in a swimming pool." The melted cores represented 12.8 percent of the university's collection, which held 1,408 samples taken from across the Canadian Artic. Among the losses were some of the oldest ice cores from Mount Logan, which Sharp said was, "15 meters [of core], but because it was from the bottom of the core, that's 16,000 years out of the 17,700 years that was originally represented."

On April 9, East Palestine, Ohio, Patrolman Jacob Koehler responded to a McDonald's franchise after several witnesses reported seeing a young boy driving a van into the parking lot. The eight-year-old East Palestine boy waited for his parents to fall asleep to go get a cheeseburger from McDonald's because he was hungry. The boy had learned how to drive from watching videos on YouTube. According to witnesses, the boy obeyed all traffic laws, stopping properly at red lights and waiting for traffic to pass before making a left turn into the parking lot. The boy's parents picked him and his sister up at the police station. No charges were filed.

Highlights from the American Society for Aesthetic Plastic Surgery's Data Bank found that in 2016, Americans spent more than $15 billion on combined plastic surgery, up from $13.5 billion in 2015. The data bank also showed the top five surgical procedures for both men and women. For the women it was liposuction, breast augmentation, tummy tuck, breast lift, and eyelid surgery. For men it was liposuction, breast reduction, eyelid surgery, nose surgery, and facelift.