While You Were Sleeping: May 2013 | National | Hudson Valley | Chronogram Magazine 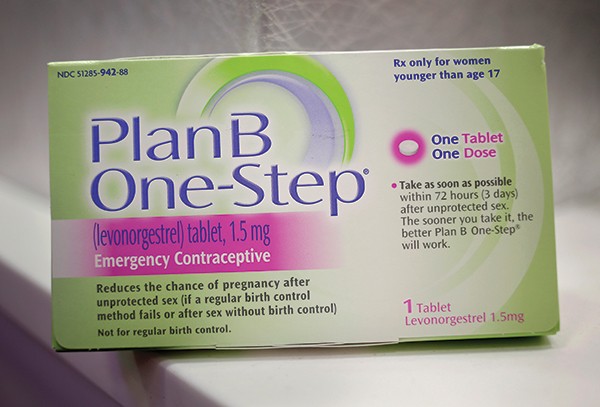 On April 5, a federal judge ordered that the most common morning-after pill—Plan B One-Step—be made available over the counter for women of all ages, instead of requiring a prescription for girls 16 and younger. Judge Edward R. Korman accused the Obama administration of putting politics ahead of science and called their refusal to lift restrictions to the pill "arbitrary, capricious, and unreasonable." Scientists—including those at the Food and Drug Administrations (FDA), American Medical Association, and others—have been recommending unrestricted access for years. They believe these restrictions hinder adolescents and young teenagers from using the drug in a timely way to prevent pregnancy, which they believe carries greater safety risks than the morning-after pill. Korman also said that when Kathleen Sebelius, secretary of Health and Human Services, countermanded the FDA's attempt to make the pill universally available in 2011, her actions were "politically motivated, scientifically unjustified, and contrary to agency precedent." Sebelius's decision was seen as politically charged because the morning-after pill has become tangled in the abortion debate. Conservative and anti-abortion groups believe this will allow young girls to be given the pill without their consent, as well as removing the required doctors appointment for the prescription, which could let STDs go undiagnosed and untreated. Legal experts said Korman's decision sends a strong signal to the White House, who will have to find scientific justification for these types of decisions, or the courts will begin to step in and stop them.
Source: New York Times

For the first time in more than four decades of polling, the majority of Americans are in favor of legalizing marijuana use. A national survey conducted by Pew Research Center—from March 13 to 17—found that 52 percent believed the use of marijuana should be legal while 45 percent said it should not be. The survey found that support for legalizing marijuana has risen 11 points since 2010, and Millennials—those born since 1980 and now between 18 and 32—are the most supportive with 65 percent in favor. As support for legalization rises, the attitudes toward the immorality of smoking marijuana as well as viewing it as a gateway drug have both declined. Since 1997, the number of people who believe marijuana has legitimate medical use increased from 58 to 77 percent. As far as enforcing marijuana laws, 72 percent believe enforcing these laws costs more than they are worth, and 60 percent believe the federal government should not use federal laws to prohibit marijuana use in states where it its legal. Although there is an increase in marijuana support, 51 percent of people say they would feel uncomfortable with people using it around them.
Source: Pew Research Center for the People & the Press

The US government pays more than $40 billion annually to war veterans, their families, and their descendants for service in the Civil War, the Spanish-American War, both World Wars, the Korean War, the Vietnam War, the Gulf War, the Iraq War, and the war in Afghanistan. Spouses of soldiers who die in wars can qualify for lifetime benefits, children who are under 18 can also receive payments, and kids who are disabled before the age of 18 may have those benefits extended for their entire life. The government is still paying $20 million annually to survivors of World War I and $5 billion to World War II veterans and their families. Vietnam payments cost around $22 billion a year and include compensations for ailments like diabetes, which may be linked with Agent Orange—a defoliant used by the US military. Benefit payments of Afghanistan, Iraq, and Gulf War survivors totals about $12 billion a year. Since the US and coalition invasion of Iraq in 2003, these payments have totaled more than $50 billion excluding medical expenses.
Source: Los Angeles Times

For US teens ages 15 to 19, nearly 20 percent of births were not their first child. According to a report from the Centers for Disease Control and Prevention, almost 67,000—or 18.3 percent—of the 365,000 teens who gave birth in 2010 had given birth at least once before—86 percent of the births were the mother's second child. With 91 percent saying they used some form of contraception after giving birth, the use of birth control is up among teen mothers. However, only 22 percent of those used the "most effective" methods, such as tubal ligation, vasectomy, hormonal implant, or intrauterine device (IUD)—the study found that the risk of pregnancy when using these methods is one pregnancy in 100 users a year. Teen mothers were more likely than other sexually active teens to use a long-acting contraceptive method—21.5 percent versus 4.5 percent, respectively. The study found that the highest percentage of repeat teen births were among American Indian and Alaska natives with 21.6 percent and the lowest percentage was among whites with 14.8 percent.
Source: USA Today