While You Were Sleeping: January 2014 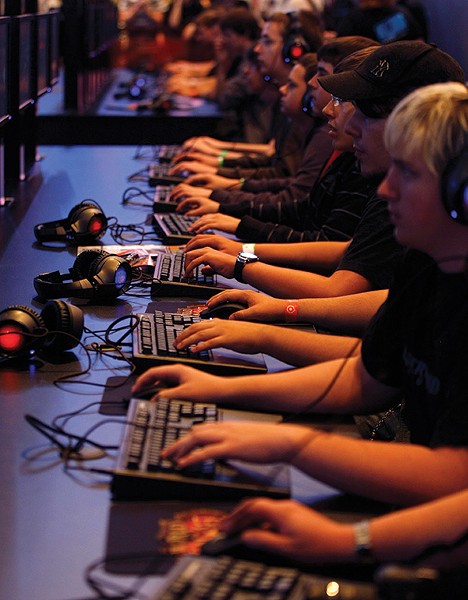 The latest from the Snowden files: On December 9, the Guardian, in association with the New York Times and ProPublica, released files showing that US and UK spying agencies targeted online gaming communities, where intelligence targets could "hide in plain sight." The NSA document, written in 2008 and titled "Exploiting Terrorist Use of Games & Virtual Environments," stressed the risk of leaving games communities under-monitored, describing them as a "target-rich communications network." Of particular interest to the spying agencies was the game "World of Warcraft." The documents, however, contain no indication that the surveillance ever foiled any terrorist plots, nor is there any clear evidence that terror groups were using the virtual communities to communicate.

A study published in the Proceedings of the National Academy of Sciences last month found that mice exposed to dust from households that allowed dogs outdoors had significantly reduced allergic responses than mice exposed to dust from homes without dogs. The study, which looked at why pets may protect kids against allergies and asthma, showed that having a dog alters the composition in dust microbes, which could lead to a baby's more mature immune system that is less sensitive to allergens, says the study's senior author Dr. Susan Lynch. The researchers are hoping to develop probiotics to prevent or treat asthma and allergies.

Post-prom, cafeteria cliques, and the cheerleading squad, a new research paper confirms that even after high school, the pretty people still win. According to the study, "In School, Good Looks Hurt (But They Mostly Help)," the more attractive you are, the more money you make. More attractive women made eight percent more money than below-average looking women, who had a four percent penalization. Attractive men made four percent more while lesser-looking fellas had a 13-percent drop. The study's sociologists Rachel Gordon and Robert Crosnoe say the research showed that from high school on, people rated "better-looking poeple" higher in intelligence, personality, and success.

The Centers for Disease Control and Prevention that over the past year, three people dropped dead from a heart infection called Lyme carditis, a rare form of Lyme disease. The three victims, aged 26 to 38, had not been treated for Lyme disease but my have been unknowingly exposed to a tick bite. The uncommon infection causes heart attack-like symptoms with sudden cardiac arrest.

Recent data from the Centers of Disease Control and Prevention showed that 15 percent of school-aged children had been diagnosed with attention deficit hyperactivity disorder and 3.5 million were on medication, an immense jump from just 600,000 in 1990. Psychologist Keith Conners called the rising diagnosis rates a "national disaster of dangerous proportions" and a concoction to justify handing out medication. Following asthma, the disorder is now the second most frequent long-term diagnoses made in children. Additionally, pharmaceutical companies are now marketing towards an adult ADHD.

An English liver specialist and his colleagues at Nottingham University Hospital spent a year reading Ian Fleming's novels and counting up 007's alcohol intake. They concluded that not only was Bond an alcoholic, but he would be a likely candidate for liver cirrhosis, cognitive defects, depression, and even sexual dysfunction. Bond drank about 45 beverages a week, roughly seven per day, specifically the Vesper Martini (three measures of Gordon's gin, one of vodka, and half a measure of Kina Lillet). The study showed that even handling his Walther PPK firearm would have been difficult, let alone washing down 20 drinks before a high-speed chase.

The chief executive of British drug maker GlaxoSmithKline said the company will stop paying doctors to promote its products as well as tying sales representative's compensations to the number of prescriptions written, which ends two industry practices critics have called troublesome conflicts of interest. Glaxo is currently the subject of a bribery investigation in China, where the company allegedly funneled illegal payments to government officials and doctors to increase drug sales. Pharmaceutical companies have been paying doctors for decades to speak on their product's behalf and Glaxo is the first to initiate such a drastic change. Come 2016, Glaxo will no longer pay health care professionals to speak about their products.

Canada's government-owned postal agency announced it will be eliminating home mail delivery over the next five years and cutting 8,000 positions to help reverse annual losses that may hit $1 billion dollars (Canadian) by the end of the decade. Don Soifer, executive director of the Washington-based Consumer Postal Council, says he's not aware of any other developed country that has eliminated door-to-door delivery. With the upcoming changes, Canada Post Corp. plans to convert Canadian households to a community mailbox system over a five-year period.

Multivitamins have no benefit in preventing chronic disease and should be avoided, says a recent editorial in the medical-journal Annals of Internal Medicine. The study showed that multivitamins don't effect cognitive function or cardiovascular health. The editorial added that vitamin E, A, and beta-carotene increased the risk of death in some trials. Last year, the global vitamin industry had $23.4 billion in sales and about 40 percent of Americans reported taking multivitamins between 2003 and 2006.