While You Were Sleeping: January 2013 | National | Hudson Valley | Chronogram Magazine

While You Were Sleeping: January 2013 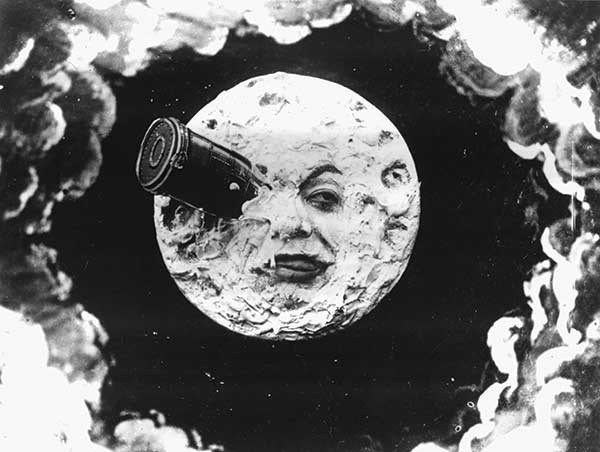 By 2020, a private space-flight company hopes to book seats, for $750 million a piece, for their first flight to the moon. Golden Spike, comprised of many former NASA big wigs, will market space travel to foreign governments without space programs. The company's board of trustees includes former Speaker of the House Newt Gingrich, who proposed that the US have a permanent moon station by 2021 when he ran for the 2012 Republican Presidential nomination. By their own estimates, the first trip could cost up to $7 billion, but CEO and former NASA associate administrator Alan Stern plans to offset these costs through television spots, corporate sponsorship, and naming rights.

President Obama is garnering praise from the Government Accountability Project for his signing of the Whistleblower Protection Enhancement Act in November. The legislation, which passed unanimously through both the Senate and the House of Representatives, makes it easier and safer for whistleblowers to flag illegal activities and closes judicial loopholes. The once-high standard of "undeniable, uncontestable, or incontrovertible proof" on whistleblowers will be lowered to help cut down on illegal retaliation. Protections are also extended to whistleblowers who aren't the first to report the misconduct. The act was set to pass in 2010 before an anonymous senator placed a hold on the bill in the last hours of the session.

Big banks such as JP Morgan Chase, Bank of America, Wells Fargo, and Citigroup are facing a plethora of lawsuits claiming they sold shaky mortgage securities. Regulators, investors, and insurers filed new claims adding up to more than $1 trillion worth of securities backed by residential mortgages. Seventeen different banks' lawyers are bidding to a federal appeals court that the $200 billion Federal Housing Finance Agency suit wasn't filed in a timely manner. The suit claims that banks duped mortgage financiers to buy poor mortgage securities. If the banks lose in court, the price tag could add up to $300 billion. Tangent Capital Partners Senior Managing Director Christopher Whalen thinks banks are underestimating the bills. "All of Wall Street has essentially refused to deal with the real costs of the litigation that they are up against. The real price tag is terrifying," he said.

Last year, 38.2 billion tons of carbon dioxide into the air worldwide—2.4 million pounds released every second—according to the journal Nature Climate Change. This is almost one billion more pounds released than the previous year. In 1997, the Kyoto Protocol called for developed nations to reduce their greenhouse gas emissions by about 5 percent compared to their respective emissions in 1990. Nearly 200 nations signed on to the Copenhagen Accord, Kyoto's successor, to have a united goal of an only two degree rise in world temperature. The lead author of the study says the success of this goal is unlikely. The US was one of two nations in the top 10 polluters list to decrease their emissions (Germany was the other), but they are still number two overall with 5.9 billions tons emitted.

Four veteran servicewomen who served in Afghanistan filed a federal lawsuit against the Pentagon to end the ban disallowing women to serve in direct combat. Because of the ban, the plaintiffs, who fought beside men, claim they were denied positions and assignments essential to promotion. Even though earlier in the year Defense Secretary Leon Panetta ordered rule changes allowing 14,000 positions to open to women, 238,000 positions in the armed forces are male only. For the first time this fall, women were allowed to take the grueling Marine Infantry Officer Course even though they will still be disallowed from leading infantries if they complete the course. Two women dropped out of the course and none have volunteered since. A female captain published an article this year in the Marine Gazette detailing the crippling effects on her tour in Afghanistan. By the seventh month of her 10-month tour, the captain had endured muscle atrophy in her thighs, a compressed spine causing neuropathy, and polycystic ovarian syndrome causing infertility, mostly due to long periods of time wearing full-combat gear she claims. She believes that a fully integrated infantry would be detrimental to women.The plaintiffs disagree.

Since 1980, the Diagnostic and Statistical Manual of Mental Disorders has diagnosed people who felt their biological sex and gender did not match up, commonly known as transgenders, with Gender Identity Disorder. The American Psychiatric Association's Board of Trustees has now approved revisions to the DSM, changing GID to Gender Dysphoria, or unease about gender identity. APA member Jack Drescher said, "We know there is a whole community of people out there who are not seeking medical attention and live between the two binary categories. We wanted to send the message that the therapist's job isn't to pathologize." Many in the transgender community feel getting rid of the term "disorder" will be a big step toward equality, but Drescher points out that dropping the term can cause complications in insurance coverage for sex change surgeries. Without the medical justification of a treatment for a disorder, insurance companies may be hesitant to help pay for these procedures.

UK Prime Minister David Cameron plans to set a minimum 45-pence price for a unit of alcohol. The Wine and Spirit Trade Association estimates that the price jump would cause a 52 percent rise in retail price. A unit is equivalent to 0.6 of a US pint, 25 ml of whiskey, and half of a 175 ml glass of wine. The Home Office, responsible for English internal affairs, is also looking into banning multibuy promotions, such as buy-one-get-one-free deals. The plans are in response to the £21 billion of taxpayer money spent on alcohol-related police and medical bills each year. "What we're trying to stop specifically is very cheap, very strong alcohol," said Policing Minister Damien Green to BBC Radio 5. Scotland has a similar law that is being reviewed by the European Commission to see if it breaks any European Union trade laws. Critics claim the law won't help. "It's nothing to do with tackling crime, it's now the sort of 'health sell'; it's wanting to impose the nanny state on us," said lawmaker Philip Davies.

Defense contractor KBR was hired by the US government in 2003 to restore Iraqi oil flow. Twelve National Guard soldiers claimed they developed respiratory and skin ailments from exposure to toxic chemicals while providing security for the company. A federal jury in Oregon found the contractor negligent, and ordered them to pay more than $85 million in damages to the soldiers in November. KBR twice requested the Army Corps of Engineers to cover their costs due to an indemnification clause in their 2003 contract. The Army Corps of Engineers denied the requests, saying in a letter to the company, "KBR, as the subject matter expert in oil field issues, was responsible for assessing conditions at each site to which it was sent and taking appropriate action to prevent exposure of any personnel at the site to industrial and environmental hazards." In a letter to the Pentagon, six Oregon Congress members pleaded that taxpayers not pick up KBR's bill. The letter reads, "Contractors that put our servicemen and women, as well as innocent civilians, at risk should be held accountable." KBR is now charging that the soldiers' lawyers violated a gag order imposed by an Oregon judge. The company hasn't paid the soldiers as of yet. Since 2001, KBR has had more than $31 billion in government-ordered work.