While You Were Sleeping: February 2014

A gist of what you may have missed. 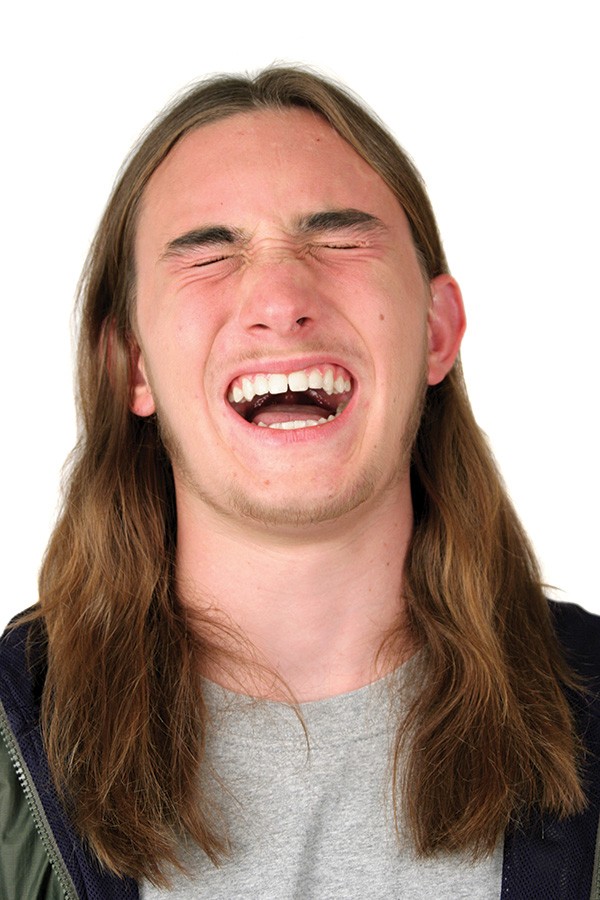 Is laughter really the best medicine? Probably not. In fact, it may do more harm than good. The British medical journal BMJ has published many negative effects caused by laughing compiled from around 5,000 medical studies. Apparently laughter can dislocate jaws, spark asthma attacks, make hernias protrude, and trigger losing control of your urinary tract. Dr. Ferner and Dr. Aronson, authors of the article, split the contents into three categories: benefits (85), harms (114), and conditions that cause pathological laughter (586). Though the harms of laughter have been dissected in the past, BMJ hasn't poked holes in the subject since 1898. Amongst the many dooms that result from laughing, the act can lead to respiratory problems such as popping air sacs in the lungs; some breathing complications are even fatal. But don't boycott Comedy Central just yet—laughing can also reduce anger, anxiety, stress, and even reduce arterial wall stiffness. Dr. Ferner concludes, "There's probably a U-shaped curve: Laughter is good for you, but enormous amounts are bad, perhaps. It's not a problem in England."
Source: New York Times

Twenty years ago, $11 million dollars from the National Institute of Mental Health was provided to research treatment for children with attention deficit hyperactivity disorder. The study concluded that medications, such as Ritalin or Adderall, were cheaper and more effective than behavioral therapy. More than one in seven children in the United States suffer from ADHD and 70 percent are prescribed drugs. In retrospect, researchers realize that the study has led many doctors, drug companies, and schools to discourage the use of behavioral modification. However, while medication presents the fastest results, it's not necessarily the best bet for long-term social and learning skills. Ruth Hughes, lead executive of the advocacy group Children and Adults with Attention-Deficit/Hyperactivity Disorder, reminds parents that medication aids "learning new skills and behaviors. But those skills and behaviors don't magically appear. They have to be taught." Combination behavioral treatment has modified ADHD symptoms in 68 percent of children—medication alone helped 56 percent.
Source: New York Times

Kosher food isn't just reserved for observant Jews—now even prison inmates are permitted to enjoy a hearty kosher meal. Florida is under court order to start serving kosher food to "eligible" inmates. The cost of the fresh and tasty meals, however, is four times the standard cost for food, a huge concern in a state prison system with a $58 million deficit. Florida, home to many Jews and the third-largest prison system in the country, put an end to kosher meals in 2007. The sunshine state was forced to change its ways after being charged with violating inmates' religious freedom by the US Department of Justice. As long as an inmate claims to have a "sincere" belief in Judaism, they are able to ask for kosher meals. Kosher food is available in many prisons around the country.
Source: New York Times

The next time your great aunt forgets your birthday, you might want to cut her some slack. Scientists now believe that the minds of the elderly are not necessarily deteriorating—they just know too much for their own good. With age comes wisdom, and with all that stored-up knowledge, it takes longer for the elderly to recall facts simply because they have more information stored than young people. It's just like when a computer hard drive gets filled up; there is so much data to compute that the reaction time is slower. Researchers say some cognitive tests "may inadvertently favor young people" in measuring mental capacity, such as asking for a "nonsense pair" of words. An old person's inability to pair together two unrelated words actually "demonstrates older adults' much better understanding of language." The in-depth study was published in the Journal of Topics in Cognitive Science.
Source: Telegraph (UK)

According to the Proceedings of the National Academy of Sciences, emissions from China's export industries are being carried across the Pacific Ocean, contributing to air pollution in the western US. While Western states are suffering from China's pollutants, the eastern US is cleaner due to our country's recent decrease in manufacturing. Because of Chinese factories, "Los Angeles experiences at least one extra day a year of smog that exceeds federal ozone limits." Scholars concluded that Chinese coal-burning factories are the largest source of pollutants and greenhouse gases in China; these factories produce products we buy and use every day as Americans. According to a modeling system called GEOS-Chem, pollution increased as much as 2 percent in the western US because of China's toxins in 2006 alone, yet still pales in comparison to our overall domestic pollution.
Source: New York Times

The Beacon Sloop Club is one of two local groups getting $1,000 checks from Chevron (an oil company that since merged with Texaco) for advising oil cleanup at a former Texaco establishment in Glenham. Members of the Sloop Club connected Texaco to environmental mishaps in Ecuador, leading to a heated debate. Octogenarian activist Connie Hogarth encouraged the club to donate $1,000 to a nonprofit group called the Pachamama Alliance to fight against oil companies in Ecuador. According to Hogarth, the Sloop Club's goals include "cleaning the Hudson as a prototype for what should be happening all over the world." According to a news release from the club, Chervon "has shown its readiness to resolve issues of environmental damage here in New York State." The club is inspired by this progress and wishes to prompt the Chervon/Texaco oil company to make environmental changes in the Amazon, Ecuador, and elsewhere.
Source: New York Times Dot Earth Blog

According to Oxfam, the Netherlands is the easiest country in the world to get a balanced and nutritious diet. Out of the 125 countries considered, the US shares the 21st place with Japan, even though we have the most cheap food. The Oxfam ranking system was based upon the availability and affordability of fresh produce, nutritious proteins, and clean water. Oxfam's Max Lawson discusses the faulty design of Earth's overall food system, claiming, "There is enough food overall in the world to feed everyone. But 900 million people still don't have enough to eat, and 1 billion people are obese." In terms of obesity within the study, the US ranked 120th out of 125—though food is cheap overall, the fresh and healthy vegetables needed for a balanced diet are more expensive and not as easily accessible. Places like Chad, Ethiopia, and Angola ranked at the very bottom in terms of healthy and available diets, since food prices and malnutrition rates are exceptionally high. Lawson claims, "Even in countries with famines, there's still often enough food. Someone is hoarding it, or it hasn't been distributed."
Source: NPR Salt Blog