When BBQ and Art Collide 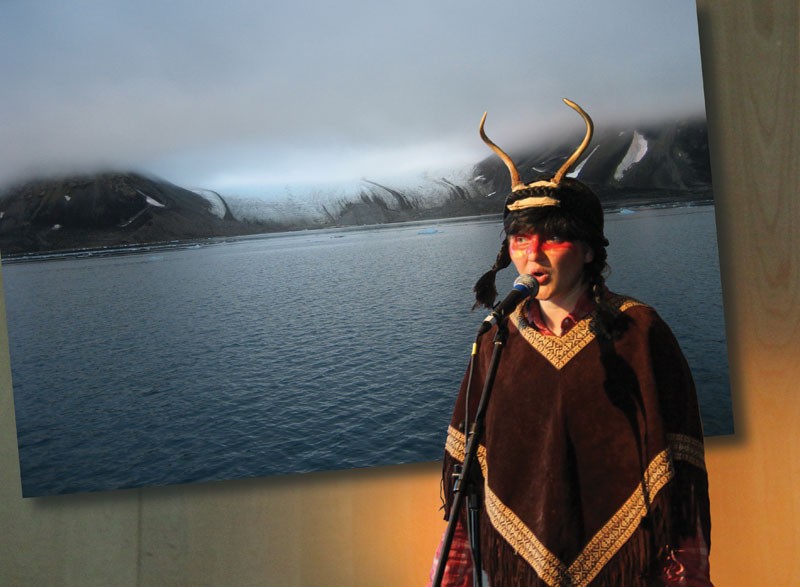 "We curate artists, not works of art," says Mathew Pokoik, executive director of Mount Tremper Arts, a Catskills retreat for experimental performance. All the artists are in residence—for one or two weeks—during which they either invent or perfect their works. Pokoik founded the center five years ago with his wife, the dancer Aynsley Vandenbroucke. Because it is curated by artists, Mount Tremper Arts doesn't ask a performer to do her "greatest hits." Dancers and musicians are given carte blanche to present any piece they choose, even if it's not finished. If an artwork is a baby, sometimes the audience at Mount Tremper is seeing the sonogram.

As I called, Pokoik was researching new advances in barbecue to prepare for the upcoming season. He has combined barbecues and performance since the first year, but the meals have just been christened "Art/B/Q." There are four such communal feasts, plus a pig roast (all of which offer vegetarian options).

"As working artists, we're really curating out of our own curiosities and interests. Often it's as simple as: 'Who would we want to talk to over the campfire?'" Pokoik reveals. This year, his campfire companions will include a number of writers: Christian Bök, and members of the Brooklyn Arts Press. Bök is a Canadian conceptual poet who will present The Xenotext, an attempt to engineer an indestructible bacteria that can encode a poem in its genome, thus allowing a poetical work to literally live forever.

The experimental writer Jackson Mac Low was known for his rhythmic, trancelike compositions. His daughter Clarinda, trained in dance, is creating a piece based on her father's essential work, The Pronouns (1964), a collection of poems intended as oblique instructions for dancers. Sample lines: "Once more I quietly chalk a strange tall bottle" and "Finally I'm saying something between thick things." Clarinda Mac Low will present "The Pronouns (Experiment #2)" as a free work-in-progress on June 9.

Jim Findlay's "The Dream of the Red Chamber" is beginning a two-year process of gestation. The first public performance of the work will take place July 7 (also free). This theater piece is based on an epic 18th-century Chinese novel with more than 400 characters. Findlay's concept is for the audience to sleep throughout the performance, which is scheduled from 7pm to 1am to encourage slumber.

Pokoik is a photographer, and from the beginning Mount Tremper Arts has included a gallery, on the walls of the central hall. This year's show, "Meeting Point," features art that documents performance, or is itself performative.

"Our space is the perfect container for chamber music," remarks Pokoik. Performances occur in a studio setting; the "stage" and "auditorium" are different sections of the same room. But the maple floor provides fine, crisp acoustics. The International Contemporary Ensemble (ICE), a new music group based in Brooklyn, will perform July 20 and 21. I saw ICE last year, and was impressed by their happiness, patience, and conscientious rigor. This year the ensemble will offer a rarely performed Schubert octet, paired with a work by George Lewis, a pioneer of electronic music.

Many of the events at Mount Trumper Arts are uncategorizable. Traditional cultural labels don't apply to them. Cynthia Hopkins's "This Clement World" might be best described as 12 percent dance, 6 percent poetry, 48 percent theater, 34 percent music." It's also a lyrical, desperate cry against global warming. (It will be performed on July 28.)