Dr. Joseph Mercola, osteopathic physician, natural health practitioner, and founder of Mercola.com, a leading natural health website, has long warned against flu vaccination. As an unprecedented effort to vaccinate against H1N1 (swine) flu as well as seasonal flu marches forward, we felt it valuable to give readers a sampling of Dr. Mercola’s diverse concerns. The following are excerpted from Dr. Mercola’s articles at www.mercola.com, where the full articles with references and additional commentary are available.

Is the H1N1 Vaccine Really Safe?
While symptoms of H1N1 flu and seasonal flu are virtually identical, the H1N1 vaccine is showing signs of being quite different from the seasonal flu shot. There are factors involved with this vaccine that are brand new, which means it will be highly experimental and unpredictable.

Although both are produced using antiquated 50-year-old technology that involves injecting the virus into eggs and allowing it to grow, the virus being used to produce the swine flu vaccine has been found to reproduce much more slowly in eggs than the ordinary flu virus. And according to a separate CBS News report, the US government is now funding newer unprecedented technologies to speed up vaccine production, including one that involves growing the virus inside animal cells and another that involves flu proteins grown inside insect cells. The risks of these, and the current fast-tracked swine flu vaccine, are truly unknown at this time. Unfortunately, many people will not realize that when they line up for the swine flu vaccine, they are in fact accepting their role as test subjects. GlaxoSmithKline [maker of one form of the vaccine] has actually stated, “Clinical trials will be limited, due to the need to provide the vaccine to governments as quickly as possible. Additional studies will therefore be required and conducted after the vaccine is made available.”

Seasonal Flu Vaccine Concerns
The flu strains selected for developing a [seasonal] vaccine are cultivated in chick embryos for several weeks before being inactivated with formaldehyde, which is a known cancer-causing agent. Then they’re preserved with thimerosal, which is 49 percent mercury by weight. According to the US Centers for Disease Control and Prevention (CDC), the majority of flu vaccines contain thimerosal. Some contain as much as 25 micrograms of mercury per dose. This means that it may contain more than 250 times the Environmental Protection Agency’s safety limit for mercury. By now, most people are well aware that children and fetuses are most at risk of damage from this neurotoxin, as their brains are still developing. Yet the CDC still recommends that children over six months, and pregnant women, receive the flu vaccine each year.

In addition to mercury, flu vaccines also contain other toxic or hazardous ingredients like aluminum (a neurotoxin that has been linked to Alzheimer’s disease), Triton X-100 (a detergent), phenol (carbolic acid), ethylene glycol (antifreeze), Octoxinol 9 (a vaginal spermicide), and others.

Serious reactions to the flu vaccine include, but are not limited to: life-threatening allergies to various ingredients; Guillain-Barre Syndrome (a severe paralytic disease that is fatal in about 1 in 20 cases); encephalitis (brain inflammation); neurological disorders; and thrombocytopenia (a serious blood disorder).

You may already know that since the 1980s, vaccine makers have been protected against lawsuits stemming from the use of childhood vaccines. Now, for the first time, they can wash their hands of any hazards stemming from a flu vaccine. The 2006 Public Readiness and Emergency Preparedness Act (the PREP Act) allows the DHHS Secretary to invoke almost complete immunity from liability for manufacturers of vaccines and drugs used to combat a declared public health emergency. The PREP Act removes your right to a trial jury unless you can provide clear evidence of willful misconduct that resulted in death or serious physical injury. Hence, it’s in their best interest to know as little as possible about the adverse reactions it might cause.

Most Deaths Are From Pneumonia
The CDC and mainstream media use the statistic that 36,000 people die from [seasonal] influenza every year. Interestingly, that number has remained static. However, the truth is that less than 1,000 people actually die from type A or type B influenza. The other 35,000 die from pneumonia. This is actually clearly listed on the CDC’s own website, yet virtually everyone ignores this fact. The actual number of people who died from the flu in 2005 (this is the most recent data that’s available) was 1,806. The remainder was caused by pneumonia. In 2004, there were just 1,100 actual flu deaths.

Dr. David Rosenthal, Director of Harvard University’s Health Services, brings further clarity to this confusion. Most of these so-called influenza deaths are in fact bacterial pneumonias—not even viral pneumonias—and secondary infections. So, for example, if we are to take the combined figure of influenza and pneumonia deaths during the flu season of 2001, and add a bit of spin to the figures, we are left believing that 62,034 people died from influenza. The actual figures: 61,777 died from pneumonia and only 257 from influenza. Even more amazing, in those 257 cases, only 18 were lab-confirmed as positive for the influenza virus!

H1N1 Tests Overwhelmingly Negative
The CDC states on their main flu Web page that flu activity is increasing in the US, with most states reporting “widespread influenza activity.” The CDC goes on to say, “So far, most flu is 2009 H1N1 flu (sometimes called ‘swine flu’).” But a three-month-long investigation by CBS News revealed some very different facts. CBS reported: “The results reveal a pattern that surprised a number of health care professionals we consulted. The vast majority of cases were negative for H1N1 as well as seasonal flu, despite the fact that many states were specifically testing patients deemed to be most likely to have H1N1 flu, based on symptoms and risk factors, such as travel to Mexico.” According to the CBS News study, when you come down with chills, fever, cough, runny nose, malaise and all those other “flu-like” symptoms, the illness is likely caused by influenza at most 17 percent of the time and as little as 3 percent! The other 83 to 97 percent of the time it’s caused by other viruses or bacteria.

Vaccination Ineffective
Study after study, and master studies that compile the results from several studies to get a more objective result, keep coming to the same conclusion: Flu vaccines do not work, and in many cases do more harm than good.

In fact, before the CDC advocated vaccinating children under the age of five, the number of children dying from [seasonal] flu was very low, and on the decline. Then, in 2003, just after children aged five and under started getting vaccinated, the number of flu deaths skyrocketed. The death toll was enormous compared to the previous year, when the flu vaccine was not administered en masse to that age group!

There’s plenty of scientific evidence available to back up the recommendation to avoid flu vaccines. Here are several examples showing that flu vaccines do not work for any age group:

A study published in the October 2008 issue of the Archives of Pediatric & Adolescent Medicine found that vaccinating young children against the flu had no impact on flu-related hospitalizations or doctor visits during two recent flu seasons. The researchers concluded that “significant influenza vaccine effectiveness could not be demonstrated for any season, age, or setting” examined.

A 2008 study published in the Lancet found that influenza vaccination was not associated with a reduced risk of pneumonia in older people. This supports an earlier study, published in The New England Journal of Medicine.

Research published in the American Journal of Respiratory and Critical Care Medicine also confirms that there has been no decrease in deaths from influenza and pneumonia in the elderly, despite the fact that vaccination coverage among the elderly has increased from 15 percent in 1980 to 65 percent now.

A large-scale, systematic review of 51 studies, published in the Cochrane Database of Systematic Reviews in 2006, found no evidence that the flu vaccine is any more effective than a placebo in children. The studies involved 260,000 children, aged 6 to 23 months.

Last but not least, I think it says a lot that 70 percent of doctors and nurses, and 62 percent of other health care workers do not get the yearly flu shot.

Protect Yourself Without Vaccination
Following these simple guidelines will keep your immune system in optimal working order so that you’re far less likely to acquire flu to begin with.

Optimize your vitamin D levels. As I’ve previously reported, optimizing your vitamin D levels is one of the absolute best strategies for avoiding infections of all kinds, and vitamin D deficiency is likely the true culprit behind the seasonality of the flu—not the flu virus itself. This is probably the single most important and least expensive action you can take. I would strongly urge you to have your vitamin D level monitored to confirm your levels are therapeutic at 50–70 nanograms per milliliter, and done by a reliable vitamin D lab. If you are coming down with flu-like symptoms and have not been on vitamin D you can take doses of 50,000 units a day for three days to treat the acute infection.

Avoid Sugar and Processed Foods. Sugar decreases the function of your immune system almost immediately, and as you likely know, a strong immune system is key to fighting off viruses and other illness. Be aware that sugar is present in foods you may not suspect, like ketchup and fruit juice.

Get Enough Rest. Just like it becomes harder for you to get your daily tasks done if you’re tired, if your body is overly fatigued it will be harder for it to fight the flu.

Have Effective Tools to Address Stress. We all face some stress every day, but if stress becomes overwhelming then your body will be less able to fight off the flu and other illness. If you feel that stress is taking a toll on your health, consider using an energy psychology tool such as meridian tapping techniques, which is remarkably effective in relieving stress associated with all kinds of events, from work to family to trauma.

Exercise. When you exercise, you increase circulation and blood flow throughout your body. The components of your immune system are also better circulated, which means your immune system has a better chance of finding an illness before it spreads.

Take a Good Source of Animal-Based Omega-3 Fats. Increase your intake of healthy and essential fats like the omega-3 found in krill oil, which is crucial for maintaining health. It is also vitally important to avoid damaged omega-6 oils that are trans fats and in processed foods as it will seriously damage your immune response.

Wash Your Hands. Washing your hands will decrease your likelihood of spreading a virus to your nose, mouth, or to other people. Be sure you don’t use antibacterial soap for this—antibacterial soaps are completely unnecessary, and they cause far more harm than good. Instead, identify a simple chemical-free soap that you can switch your family to.

Use Natural Antibiotics. Examples include colloidal silver, oil of oregano, and garlic. These work like broad-spectrum antibiotics against bacteria, viruses, and protozoa in your body. And unlike pharmaceutical antibiotics, they do not appear to lead to resistance.

Avoid Hospitals. In this particular case, I’d also recommend you stay away from hospitals unless you’re having an emergency, as hospitals are prime breeding grounds for infections of all kinds, and could be one of the likeliest places you could be exposed to this new bug. 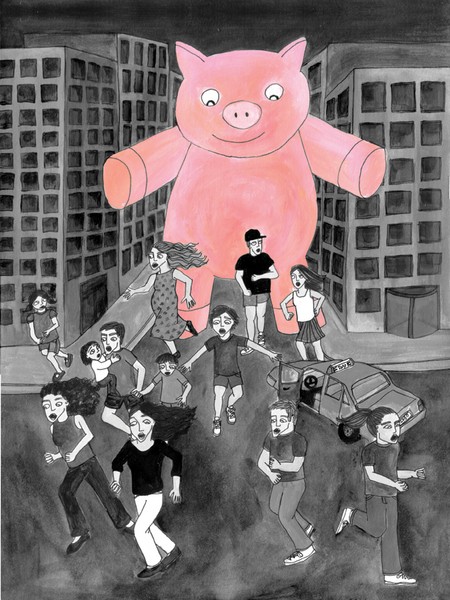