What I Noticed As Mercury Prepared to Station Direct 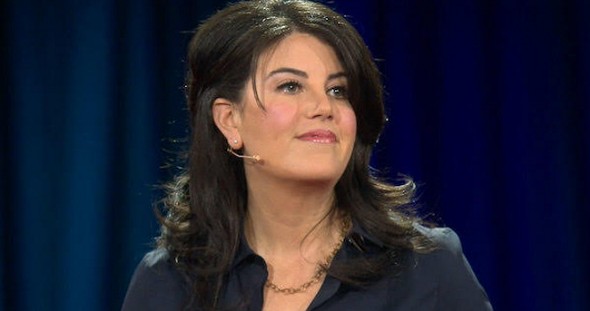 Yesterday at 12:33 pm EDT, Mercury stationed direct while tucked right in the middle of the Uranus-Eris conjunction in Aries. It's an amazing opportunity to observe for yourself what Uranus-Eris means in terms of our collective consciousness: by noticing what makes the news this week, and by noticing where your own thoughts go.

What's catching your attention right now (and for the last couple days), and how are you thinking about it?

I write this column a day before it publishes, which means I'm right in the station-direct zone as I type. I couldn't be bothered with listening to James Comey defend the FBI on the Clinton email inquiry, significant as it might be. But what's really captured my attention was something I heard on the radio Tuesday night while driving: a broadcast of the TED Radio Hour on NPR.

Specifically, I heard a segment of a program called "To Endure" -- a segment featuring Monica Lewinsky being interviewed about surviving shame and trauma, and including clips from her previous TED talk about it. Lewinsky's TED talk first aired in 2015; the TED Radio Hour episode aired in February of this year. But my mind (which Mercury represents) encountered it Tuesday night, and its themes and timing were not lost on me in terms of their relevance to Mercury stationing conjunct Uranus and Eris in Aries.

Now, I realize it's possible you've already let some off-color joke, derisive comment or eye-roll slip just at the first mention of Lewinsky's name. I myself admit that I haven't really thought much about her in almost 20 years -- not beyond the late-night talk show punchlines, dated as they may be.

But of course, as a young 20-something who made a big, personal mistake at the dawn of the internet age, Lewinsky has paid a heavy, exceedingly public, price. There were years early on when she (and her family) were not actually sure she'd make it through the humiliation and bullying alive. Literally.

It's so easy to toss off a comment like, "Well, she gave her married boss, who just so happened to be the President of the United States, a blow job. What did she expect?"

But does anybody ever really expect to have their lives ruined worldwide for mistakes they make when they're 22 years old? No -- of course not. When we're in our 20s, we tend to think we're invulnerable.

What's scary is, when we do experience trauma and shame -- whether the internet is involved of not -- just how often people of any age also do not expect compassion. Or, more to the point, how often we think we must not deserve it, from ourselves or even from the people who care about us; let alone from strangers. And how often people seem to assume that others do not deserve to receive compassion for their mistakes and failings.

We see this painfully often online. Yes, it happened well before "social media" and iPhones existed; it's been a thing in TV, and in tabloid magazines, and anywhere groups of people congregate and gossip since time immemorial. Yet something about cyber-bullying is particularly insidious; the way lives can be made miserable by total strangers in a very direct and globally public way like never before. It's too easy to gang up on someone.

This is the environment -- or one facet of it -- that the Uranus-Eris conjunction speaks to: the chaos of personal PR that everyone engages in; the ability to take people down with brutal words without ever having to look them in the face, hear their story in their own words, or feel their pain; the easy attraction of the hit-and-run comment.

If you listen to the interview with Monica Lewinsky, can you feel yourself taken out of that armored, distracting echo chamber? Do you notice suddenly that she's a real, live human being who has struggled to heal some very deep pain and turn it into positive work against cyber-bullying? Do you feel a little guilt -- or at least greater awareness -- about how little you'd ever thought of her as a full person, or how little empathy or compassion you'd ever felt toward her?

Are you able to see and hear and feel past the chaos and trending comments and past judgments to allow her this act of self-definition and redemption?

I ask, because if you can allow her the ability to move beyond 1998, it likely means you can also allow yourself to move beyond whatever pain or shame or limiting definitions of yourself you might be struggling with. It's not about ignoring or excusing her mistakes; she owns them fully and takes responsibility for her poor choices. This is about wresting power back from "the robot" of the internet and from the fear which her particular indiscretions engender in you. It's about remembering the full humanity behind every Facebook profile, behind every celebrity headline and every acquaintance you have.

TED's social media editor, Nadia Goodman, says regarding her experience dealing with nasty comments when Lewinsky's TED talk was posted to Facebook, "We all find our self-esteem shaken when we feel insulted or disrespected. But to have the entire world insult you to your face -- for 17 years straight? That’s abuse on another level."

I think Mercury, as it very slowly begins moving in apparent forward motion in these next days, is offering an opportunity to see this abuse for what it is. And it's offering you an opportunity to notice your own role in it. Because even if you do not engage in hurtful or thoughtless comments online, how vigilant are you about standing up to them when you read them?

How willing are you to say, "That's not okay" in a public forum? Or to delete mean-spirited and thoughtless comments from your Facebook threads, and then send a private message (so as not to engage in public shaming) to the commenter about why you deleted it?

How do you define yourself online? And now often do you let compassion take the lead instead of the easy joke you could make, or instead of your own festering resentment, fear or shame?

We endure much more social pressure than we used to thanks to the internet and these mini-computers everyone has in their pockets. With the Taurus Sun still closely sextile Neptune in Pisces, there's an easy way into empathy and feeling others' energy, and increased willingness to help others out with what they need. It's okay to put that sensitivity into action. The world needs that far more than it does another joke at someone else's expense.