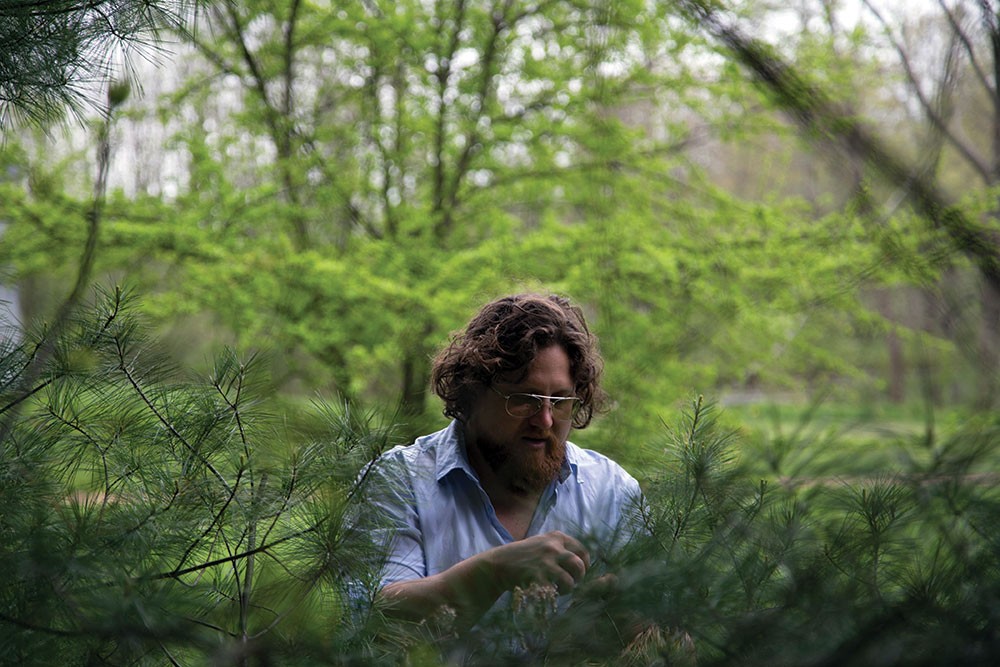 On the coattails of his success with Fatty Crab, New York City's former casual Asian-fusion restaurant mini-empire, chef Zakary Pelaccio relocated upstate to a farm in Old Chatham with his wife and business partner, chef Jori Jayne Emde. In 2013, together with co-chef Kevin Pomplun, they opened Fish & Game restaurant in an antique blacksmith shop in Hudson. A slightly downscale version of Fish & Game, Backbar, hearkening back to the Malyaisan street food served at Fatty Crab, opened in the back of an antique shop in Hudson in 2015.

For Project 258: Making Dinner at Fish & Game, Pelaccio partnered with former Chronogram food editor Peter Barrett on a kaleidoscopic tour of the restaurant's recipes, principles, and practices. The following is an excerpt from Project 258, due out this month from University of Texas Press.—The Editor

Our main goal [with this book] is to elucidate the processes—both intellectual and culinary—behind the food. All these methods and techniques will apply to the food that grows where you live. More importantly, the approach—engaging intimately with nature, both wild and domestic, building relationships with farmers, nurturing a wide variety of fermenting condiments—is one that applies to anyone, anywhere, who yearns to cook and eat better food.

In large part, the key to cooking this way is to invert the conventional contemporary relationship between cook and ingredient. In the standard model, we say "I feel like Mexican tonight" and go buy avocados, jalapenos, cilantro, tortillas, and beans. It's the same mindset as choosing a restaurant: Our desire for particular flavors or a specific dish governs where we spend our money. Recipe-centered books presuppose a standardization of ingredients (an egg, an onion, a lamb chop) but, more insidiously, they assume that your cooking process begins with you choosing what you'll make for dinner. When handmade food is an integral part of your lifestyle, however, the forest, farm, and pantry tell you what's for dinner; the food chooses you and you can rejoice in your anointment as the vehicle through which the raw materials become cooked.

Part of the fun is that those building blocks will not be limited to what's perfectly mature; young sprouts or baby roots will need thinning, and other plants will have flowered or gone to seed. The Japanese Kaiseki tradition features, in addition to a given course's main ingredient, garnishes a little before and after their seasons, celebrating a fleeting moment by saluting the days that precede and follow it, stretching time so that one meal on one day can encapsulate a larger swath of experience, flatteringly illuminated from both the past and future. This kind of food is only available to cooks attuned to the daily progress of plants and who have those plants available at different stages of growth. 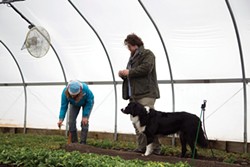 But there aren't any shortcuts to this understanding. At Fish & Game, Zak and his co-chef/partners, Jori Jayne Emde and Kevin Pomplun, while masterfully advanced in their respective culinary practices, are nonetheless fairly new to this holistic, deeply place-based cuisine. As a result, they're all climbing the steepest slope of the learning curve together, open to experimenting in all sorts of directions, making mistakes, and steadily expanding the scope of their operation as they continue to serve splendid menus to their customers.

Changing the restaurant's menu most weeks—it works out to over 40 unique menus a year—presents a challenge, but it also reflects the reality of the region, climate, and farming, all informed by the passage of time. If you sincerely want an answer to the question "What does this place taste like?" In a climate with four seasons, then your menu must constantly shift to reflect the nature of what's available. It's also an excellent way to keep from getting bored in the kitchen and ensuring that your family or customers never become tired of your food.

Most great cooks work intuitively, so delineating that process can be a challenge. Building that instinctive response to ingredients can be the work of many years. Rewarding years, though. Tasty years. The goal is to motivate you, to help you listen to the food you grow or buy, and urge you to meet the people you buy from so the product speaks to you with their voices. We all respond to stories.

Spring, when it comes, transforms the earth from barren to verdant in short order. Columbia County springs tend to look a lot like winter until mid-April, so when it finally begins to thaw, months of planning and longing for sun and fresh produce shift quickly to production; the restaurant's expansive plans, pent up for so long, burst forth in several directions. As the sun creeps higher in the sky and a slow-motion wave of green breaks over the landscape, the crew eagerly rides it forward, building, planting, and foraging.

Because Fish & Game opened in May of 2013, that season was mostly taken up with final preparations. The following spring, though, saw Fish & Game Farm take shape. Over the course of the next 18 months, it mushroomed into a small farm: chickens, bees, rabbits, goats, and cows all joined the party, each with their own space, shelter, and requisite fencing.

May marks the beginning of serious foraging. Wild onions and ground ivy appear earlier, but the warm sun and regular rain bring forth a proliferation of ramps, marsh marigolds, angelica, garlic mustard, dandelions, yarrow, mint, and spruce tips, among many others. Zak and Jori's place and Zak's parents' adjoining property comprise a diverse mixture of terrains: meadow, forest, stream, and wetland. Most of the land slopes fairly steeply down to the stream that wends through the valley.

Zak spends each morning before service walking the fields and the woods, digging and snipping roots, stems, and leaves for the week's menu. This daily perambulation, largely on their land, allows him to connect with the granular details of the season: what's popping up, what's peaking, what's past prime. Besides the sheer pleasure of the endeavor—seasoned with occasional tedium in the form of pouring rain or poison ivy—his ongoing interaction with the wild land informs the menu by providing both rich sensory stimulation and extended quiet for thinking.

All of these wild delicacies, many with unusual and slightly feral flavors, appear on the menu as soon as they arrive: marsh marigold bud "capers," grilled ramps, wild onion broth for poaching halibut, angelica ice cream, pepperwort roots pureed into creme fraiche for anointing braised beef, and plenty of delicate leaves and flowers used as garnishes. The most elegant of these, spear-shaped trout lily leaves mottled like patinated bronze, gracefully adorn prestigious dishes like halibut and spit-roasted duck. Most precious of all, elusive morels begin to appear in April, marking the beginning of a long mushroom season.