August 30, 2011
Last Updated: 08/07/2013 4:26 pm
comment
Given its chronically small pockets, The Woodstock Film Festival counts on volunteers to keep chaos at bay. That ceaseless need for unpaid labor gave birth to the WFF intern program. Teens besotted by the film world get a taste of its upsides and downsides through the intern program, alternately learning basic skills, hobnobbing with big names and working punishing hours on a production.

One such resilient soul is 21-year-old Jeremiah Wenutu, who is operations intern for the Woodstock Film Festival, a catch-all term commonly known as “go-fer” in less professional circles. Wenutu, a student at C.W. Post on Long Island, shared his story and explained why the WFF intern program is the best summer camp for an aspiring film director.

“I first became interested in cinema at a very early age. Initially, I was interested in acting. But as I grew older, movie “magic” really intrigued me. The whole idea of creating worlds and characters to entertain and teach people fascinated me. I’ve been pursuing it ever since.

My tasks include running errands around town, such as picking up mail for the festival, organizing film submissions, screening films, pursuing ad sales with various companies, and what is probably the most important task around here, picking up chocolate and pizza for the office. That seems to be a high priority around here and I’ve heard my chocolate selections are superb.

Recently I actually worked on a short film by [WFF co-founder] Laurent Rejto.  I was brought on as a camera intern but very rapidly became 2nd AC.  I have worked on numerous student shorts and features but this was my first professional shoot. It was exhilarating. I applied everything I learned from school but still learned so much more.

Overall it’s been an amazing experience. Definitely a once in a lifetime opportunity that I’m blessed to share with all these people.

My internship lasts until October. Right after the festival, I go back to school. I’m taking everything I learned this summer to the drawing boards with the movies I plan on making and am pretty amped. I will begin pre-production in the fall and am looking forward to sending them out to festivals. Hopefully next year I’ll be at The Woodstock Film Festival as a guest instead of an intern.  That would be cool.” 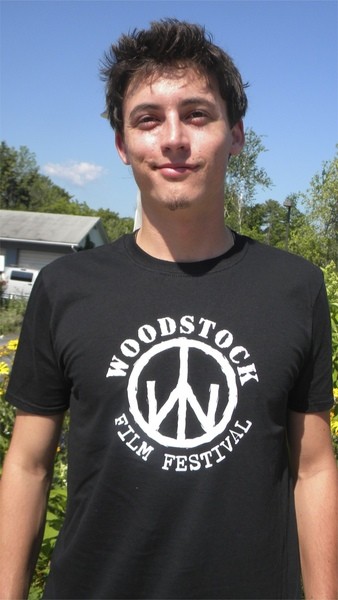