14 Taplines and a Food Cart at West Kill Supply


Founded in 2017 at the foot of a mountain and at the edge of 19,250 acres of forever wild forest, West Kill rapidly earned a place of honor in the crowded field of upstate craft breweries for its crisp, balanced beers, made with mountain water and locally sourced ingredients.

Despite its far-out location, the brewery—with its food trucks, picnic tables, and laid-back vibe—has become a popular destination for hikers, beer fanatics, and families alike. Away from the namesake high peak, West Kill is also a fixture both on draft and in cans at bars, restaurants, and specialty provisions markets throughout the Catskills and Kingston including at Circle W, Ollie’s, Accord Market, Tetta’s Market, Rough Draft, and Phoenicia Diner.

For West Kill co-owner Mike Barcone, the opening of a Kingston outpost for the brewery is a sort of homecoming. (Longtime Broadway fixture Barcone’s Music was run by his family for four decades). He previously told Chronogram, “Kingston has always been a natural spot for us. It's the gateway to the Catskills, so it completely works with our brand and our vibe.”


The new spot, dubbed West Kill Supply, opens in the center space of a low, boxy brick building on Broadway, which it shares with Su & Zoots tattoo parlor. With a neon sign from neighbor Lite Brite, it'll be hard to miss. Inside, the design of the taproom space aims to evoke the woodsy, rustic charm of early 20th-century Catskill boarding houses. There are 14 draft lines serving West Kill beers as well as a selection of New York State ciders and wine.

As you can imagine for a brewery whose slogan is, “beer tastes better outdoors,” the new West Kill location in Kingston has a backyard beer garden. Out back, Uptown bakery Kingston Bread + Bar food cart, Bibi’s, will also be dishing up falafel and chicken shawarma on fresh-made bread, plus and fries and other goodies on Fridays, 4-9pm, and weekends 12-6pm.

The Museum of Crypto Art: A Live/Work/Exhibit Space in a Kingston Church 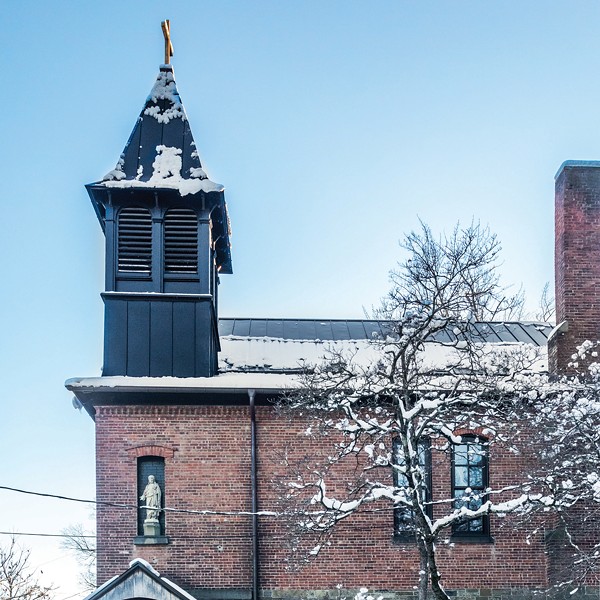