In spite of its well-earned reputation of being all country, Garrison does offer opportunities to catch a play and experience live music. Garrison Landing, the hamlet's nationally designated historic district, is the community's pride and joy. Not only is the Landing home to pristine examples of Gothic and Italianate Victorian architecture, but it also acts as the cultural hub of Garrison. The Garrison Art Center is located there, as well as the Philipstown Depot Theatre. Housed in the historic circa-1893 Garrison Train Station, the community theater hosts plays, movies, and documentaries, music, and youth acting classes.

Musician, author, nature-lover, and Cold Spring resident David Rothenberg knows the area backward and forward. It's clear that he's right at home in this part of Putnam County, and he describes Garrison as "the uptown to Cold Spring's downtown," and its residents as "the intriguingly mysterious people who live in castles and glass-walled modernist palaces." That doesn't mean that folks from Cold Spring and Garrison don't have common ground. "We do meet," explained Rothenberg, "in the bars and on the bandstands, on the water and in the hills."

Mahopac
The small lakeside community of Mahopac (pronounced, "Ma-HO-pac"; ask a local) is about 17 miles east of the Hudson River in the town of Carmel. Carmel itself is no stranger to accolades; it was named one of the Hudson Valley's Top Seven Towns by Hudson Valley magazine in 2012. Mahopac is roughly six miles south of Carmel, situated along the shores of Lake Mahopac. As of the 2010 census, Mahopac's population was 8,396, which is fairly substantial for a rural hamlet in south-central Putnam County.

It's safe to assert that residents of Mahopac aren't living there for its nonstop nightlife and metropolitan sophistication. "It's a sleepy kind of community, very quiet," according to Mahopac resident and musician T. J. Tomlin. Tomlin, son of songwriter Pinky Tomlin and a seasoned musician who has played with such luminaries as Frankie Valli and Tom Jones, has lived in Mahopac for 30 years and calls the 587-acre hamlet "a great place to raise your kids or retire. It's one of the most well-kept secrets in the entire world."

Indeed, Mahopac is all about the beauty of nature. The hamlet is adjacent to water bodies aside from Lake Mahopac, including Kirk Lake, Wixon Pond, and Long Pond. Lake Mahopac is home to three private islands: Fairy, Canopus, and Petre Islands. A few residences are located on Fairy, and Canopus is currently up for sale. The iconic A. K. Chahroudi Cottage, designed by Frank Lloyd Wright, is the only structure that exists on Petre Island. Meanwhile, on the mainland, lake-side properties overlooking stunning waterfront views are in great demand in Mahopac, making housing prices on the expensive side.

In spite of its relative sleepiness compared to a happening village like Cold Spring, Mahopac offers some stellar dining options. Establishments like Dish Bistro and Wine Bar and Holy Smoke BBQ frequently make locals' lists of best restaurants around. Additionally, there's no shortage of Italian food in Mahopac, and pizzerias abound all around town.

If Mahopac seems familiar, perhaps it's because some of Tootsie was filmed there. Furthermore, the hamlet may have also inspired the setting of Richard Yates's novel Revolutionary Road (Yates wrote most of the book while living in Mahopac, according to Black Baily's biography A Tragic Honesty: The Life and Work of Richard Yates), which was later turned into a film starring Kate Winslet and Leonardo DiCaprio. The story portrays the darker side of domesticity in the country, but don't expect the backwater 1950s Hooterville that Yates described in his book. Mahopac is awash in the beauty of the lower Hudson Valley, an important link in the chain that binds together the cosmopolitan downstate and the bucolic upstate portions of eastern New York. 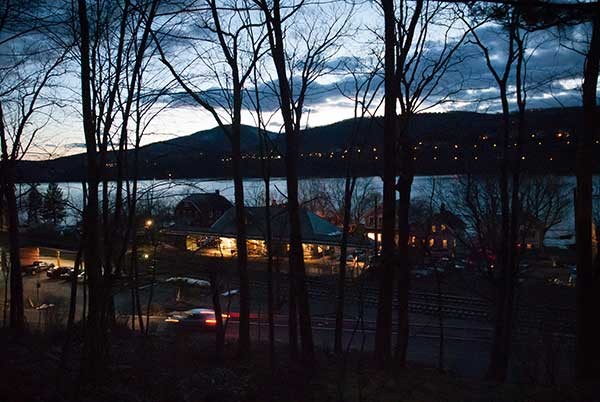 The faces and places of Cold Spring, Garrison, and Mahopac.