Chiron and the Pisces New Moon: What Have You Learned? 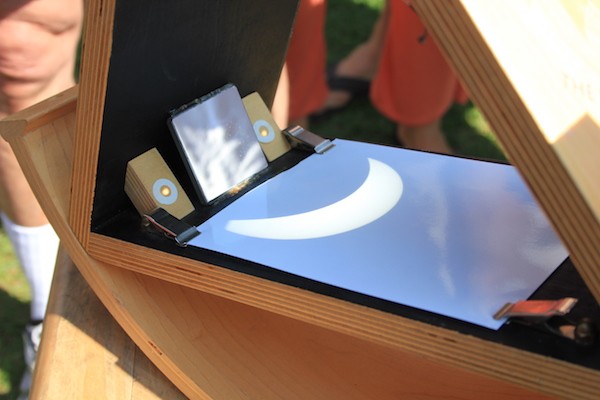 Saturday is the Pisces New Moon; it happens at 9:12am EDT, conjunct the centaur Chiron and also square the Galactic Core in Sagittarius. This will be the last Pisces New Moon with Chiron also in Pisces; as such, it calls for a deeper or more focused level of review and introspection as you prepare yourself for a new phase of growth.

With Chiron having to do with raising awareness to facilitate healing, and Pisces relating strongly to the emotional-spiritual-creative nexus, and the Galactic Core often described as our 'cosmic homing signal', this configuration seems to pose some questions. For example, what have you learned and how have you grown since 2010 (when Chiron entered Pisces)?

You could also think in terms of your position within society and ask: Are we any closer to spirit/source/god/soul?

You might find that your answers to those two angles of questioning seem different. That is, you might feel like you have covered tremendous ground along your path of personal growth, and have worked hard to heal persistent emotional and psychological hang-ups and patterns; but then, when you look around you at the national and global news, it seems like the same chaos and pain is emanating from the same sources as usual. Maybe some (or many) situations feel even worse off than they did several years ago.

If society is in a spiritual crisis—and there are many indications that it is—what is that crisis about?

Many recent Planet Waves articles have referred to the continuing disembodiment of our psyches due to how much of our lives we now live online in digital 'reality'. The disconnection from ourselves, the lack of inner life or sense of inner presence, is certainly a big factor. But can we really point to the internet as the cause of this collective state, or has it merely been a magnifier and accelerant for a trend that had already begun with previous generations?

Along those lines, is it possible that Chiron's presence in Pisces has been working in tandem with Uranus and Eris in Aries to bring the true state of things to our attention? That is, perhaps Chiron has been acting in its role as inner provocateur to get us to address our most personal spiritual and emotional issues, thereby positioning us to better deal with the the havoc being wrecked all around us—and by us online, and as it is consumed by us through modern media.

If that's the case, it would seem we have some catching up to do. Maybe that 'catching up' is what we can expect when Chiron begins its process of entering Aries next month: that your deepest inner 'spiritual' growth needs to be brought to a more prominent position in your identity; that it needs to be integrated fully into the 'self' that you present to the world. I'm not really sure; I'm just speculating. But if you feel like there's still a 'spiritual you' and then the 'rest of you' that everyone else sees, these ideas could be worth contemplating between now and the New Moon on Saturday.

To come back to one of my earlier questions—if society is in a spiritual crisis, what is that crisis about?—I have to think that the configuration of this Pisces New Moon, especially coming as close as it does on the square between Mars and Chiron, speaks to our integrity. Or, speaking culturally, to our collective lack of it when it comes to how well we're taking care of the environment and each other overall.

I began writing this piece in a hotel lobby with a TV broadcasting reports of the student walkouts to protest gun violence, exactly one month after the deadly school shooting in Parkland, Florida. And it's astonishing how well the walkouts illustrate the themes this astrology is suggesting. The actions of our youth are showing us exactly where our collective spiritual crisis is focused, and what it's asking us to do: to remember what it means to have integrity; to value life and the holistic wellbeing of all over the profit, power and convenience of a few; to stand up together, in our physical bodies and with our embodied voices.

Speaking of which: about three-and-a-half hours after the New Moon on Saturday, Mars leaves Sagittarius and enters Capricorn. If Mars in Sadge has been lending some single-pointed focus to the student efforts calling for adults to value the lives of our children more than guns, Mars in Capricorn should offer the determination to work hard toward that goal. It offers the same grit and discipline to you, too, in your own efforts.