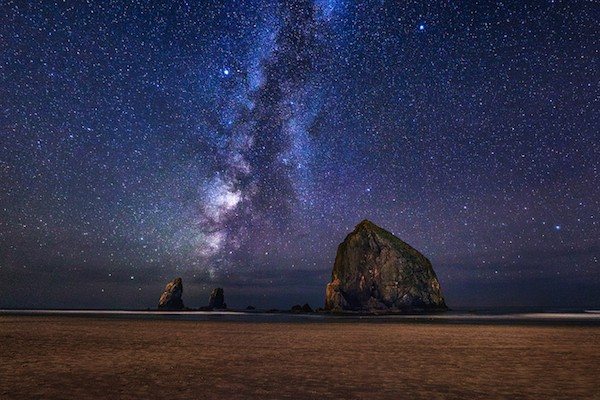 What does it mean to be a "spiritual warrior?" It's a phrase that gets thrown around a lot in certain circles, and it often seems (or even sometimes is) meaningless. But the astrology this week and next week appears to speak to that concept in a few ways that may be key, as you make your way through everything from social and familial holiday obligations to the highly charged political and cultural conversations and events dominating the news and social media.

Looking ahead, the major events we're building toward are all clustered together next week: the Sagittarius New Moon on Monday, December 18; Saturn entering Capricorn on December 19; the winter solstice (marked by the Sun entering Capricorn, and signaling the shortest day of the year) on December 21; and then finally, on Friday, December 22, Mercury stations direct in Sagittarius. (Eric Francis detailed all of these events and more in the Monday Astrology Diary on Planet Waves.)

Those events make for a busy astrological week, right at the time when the long nights, short days, and colder weather urge us to find some stillness, some quiet ,and some introspection. That can be hard to come by this time of year anyway, due to our cultural focus on celebrating this season's holidays with gatherings, gift-giving, and themed entertainment.

Yet, for those who lack family nearby or lack a solid support network, and especially for those who deal with other challenging factors (such as a lack of funds, an unexpected crisis, mental illness, addiction, or traumatic memories of past holidays), this time of year becomes especially challenging. If that describes you at all, and if nature's seasonal suggestion of quiet or solo introspection is depressing or anxiety-producing, I hope you'll reach out to someone who can help. Local crisis hotlines and other support services are only a quick Google search and phone call away if you're in need.

If, however, you're doing okay overall, being a "spiritual warrior" might mean going out of your way to assist someone in need. A kind word and listening ear can go a long way. Yet there's some specific astrology that relates to this theme, also.

Tomorrow (Friday), retrograde Mercury makes a conjunction to Venus in Sagittarius, and those planets together make a trine aspect to Ceres in Leo. You might find yourself discussing about what it means to nourish your feminine side, as well as what it means to be a female spiritual warrior who leads from the heart. What might that look like these days? Where can you see the connections and patterns—the unity—between seemingly unrelated facets of your experience, and bring forth something new from that synthesis?

If you find yourself articulating your love or affection for someone, notice the feeling of natural abundance it comes from, and that it generates. That self-generative aspect of love (especially in the sense of agape) feeds one's self as much as it feeds the other.

Also tomorrow, the Sagittarius Sun makes a square to Chiron in Pisces. With Chiron named after a centaur known for healing, and Sagittarius represented by a centaur (and associated with philosophy and religion), we seem to get another image of the "spiritual warrior" idea. Yet squares are about taking action; in this case, taking action to heal some facet of consciousness, perhaps spurred by crisis or wounding.

Consider for a moment our collective masculine side along with your own inner masculine side (Western astrology describes everyone having a "feminine" side and a "masculine" side, regardless of your gender, sex, or sexual orientation). There's a lot of talk about "toxic masculinity," and we're seeing it in the abuses of male power being brought to light. How did it come to be that way? What is the nature of that injury, and what might healing it look like? You could think of being a "spiritual warrior" as addressing your own healing process and fiercely holding space for others to do the same.

We're in a moment when the ways in which men and women relate to each other are coming under new scrutiny. We need a new model. The asteroid Juno often describes relationship needs and types of partners; on Saturday, Juno leaves Capricorn and enters Aquarius.

Aquarius has two rulers: Saturn (traditional) and Uranus (modern). There's a question suggested here: Will you use this shift in energy to concretize and crystallize unmet relationship needs, or will you use it to revolutionize the collective relationship dialogue?

There's plenty to ponder we approach the Sagittarius New Moon, Saturn ingressing Capricorn, and the solstice next week. All of those events represent a new beginning of some kind, turning the corner in a specific phase of a cycle. The cycles involved (lunar, seasonal, Saturnal) are interlocking in a unique way — one that would appear to carry a message from deep space, thanks to the Galactic Core. My sense is that we're being asked to hear something about orienting our lives on being humane to each other; on tending to our own healing and recovering a sense of purpose — and being willing to stand up for others willing to do the same.