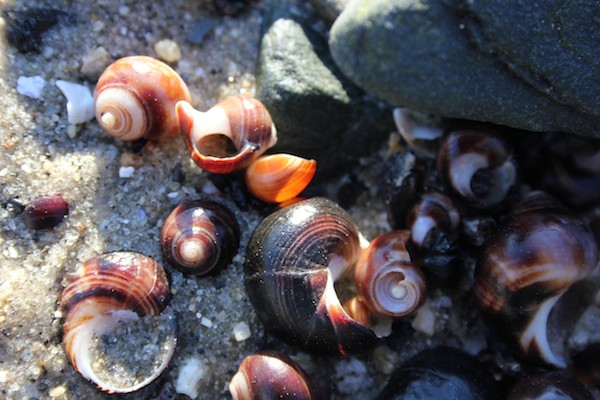 We're moving into the last half of Mercury's current retrograde in Aries—and the contacts Mercury is making this week seem to be stirring things up for many people. If you've been feeling a sense of pressure lately, this astrology could be why.

A combined square between Mercury in Aries and Mars and Saturn in Capricorn continues to be in effect today. Mercury square Mars was exact on Wednesday, and Mercury square Saturn is exact today—though they are really one event.

This aspect pattern is an image of tension—especially with Mercury in a hot, fiery, action-oriented sign, and its retrograde motion describing an inward direction (for at least some of that energy). If you're feeling frustrated, you might notice how much of that energy is directed at yourself, versus how much of it you're projecting (or unleashing) onto others.

Lots of people fall into negative thought loops when they have trouble expressing their anger and annoyance; that said, it's also becoming more common for people to seek an outlet on social media. If that tends to be your go-to, you might notice whether people's comments in response actually help you to transmute your frustration, or whether it serves to amplify it. There are reasons why social media is often referred to as an "echo chamber"—though sometimes we do truly just need to say what we have to say and know that we've been heard and empathized with.

That said, particularly with Aries and Capricorn involved, there's a suggestion that using this energy in more physically constructive ways could be more beneficial. If you're not sure what that means, think: exercise, gardening, cleaning or rearranging the house, tackling a creative challenge, volunteering for an organization that's working on issues that get you mad, fixing something that's been broken, taking steps to avoid repeating choices similar to whatever is frustrating you now, sketching out the practical details of a plan, and so on. I'm sure you can think of other things—activities that help you toward a goal or address a problem without causing anyone else any annoyance, pain or difficulty.

With Mercury square Saturn, you also may need to be on guard about getting stuck in negative thoughts or only seeing the downside of a situation, particularly if that's something you tend to struggle with regularly. If you're in that space right now, remember: you're not seeing the whole picture. For every shadow there's a light source, and any problem contains a creative, life-affirming solution—sometimes we just need a little help from a friend to see it.

On the other hand, if you happen to be in a position of needing to buckle down and do some disciplined thinking and planning, Mercury square Saturn can be very useful for that. Be sure you take notes, since it might be wise to wait until after Mercury stations direct on April 15 to act on your plan.

Closer to the weekend, Venus (newly in Taurus) makes a pair of aspects that offer some support, especially in your relationships. Between Friday and Saturday, Venus makes a sextile to Nessus in Pisces and a trine to Saturn in Capricorn.

This looks like an ability to have some grounded, reality-based conversations about any problems or recurrent issues in a relationship. That might mean an intimate, sexual relationship, whether the conversation has to do with sex or with something like the bank account or house cleaning. It also could indicate a professional relationship, or your association with something like an organization or established workplace dynamic. If you're not sure what I mean by that last bit, an example is this article about a female restaurant owner who worked with her staff to come up with a practical, effective way to address instances of customers sexually harassing servers.

Finally, just a quick note about the asteroid Vesta, which is making a conjunction to the centaur Pholus in early Capricorn (exact Saturday). Vesta's themes include devotion, sacrifice, the inner creative/sexual flame and (in some situations) unorthodox or 'taboo' relationships. Pholus is the "small cause with the big effect"—like letting a genie out of a bottle, or a runaway chain reaction.

Earlier this week, I wrote about this aspect, "Are you feeling good about working in the service of some collective effort, or are you feeling spread thin and exploited for someone else's profit? There are signs that if you need to shift the balance in one direction or another, you will be able to do so effectively through relatively small actions this week."

One news item that fits this description is the teacher protests in Oklahoma and Kentucky that erupted this week over school funding. For most teachers, teaching children is an act of genuine devotion; but in public schools, it is increasingly becoming an act of sacrifice with a growing toll paid by teachers, by the children themselves and, ultimately, by society, as we collectively undercut the education of tomorrow's adults.

Your own situation might not be quite so dramatic. Even so, pay attention to where you offer your energy, what is done with it, and how you feel about it. Sometimes a simple 'yes' or 'no' is all it takes to shift a situation into a balance that feels better for you and still serves a larger cause.