Weeds with Laura Wyeth Part I: Meet the Ruderals

If you've patronized the fabulous nursery and garden shop at Victoria Gardens in Rosendale in the last six years, you've likely met horticulturist Laura Wyeth. On weekends, she's there answering gardening questions, watering plants, and fixing all manner of things. Wyeth is a graduate of a prestigious yearlong horticulture internship at Stonecrop Gardens in Cold Spring.

She's now wrapping up her bachelor's degree in biology with a focus on plant ecophysiology from SUNY New Paltz and plans to attend graduate school, where she will get ever deeper into the weeds on...weeds. Wyeth lives with her partner Samrat, a high school physics and math teacher and climate change activist, in New Paltz. We couldn't think of a better resource to talk to about Hudson Valley weed variations. This month, we're checking in with Wyeth about ruderals.

The Lure of the Adaptable

Wyeth grew up roaming around her suburban neighborhood in Levittown, Pennsylvania. The former farmland upon which the town was built had been scraped of all vegetation, conditions which threw the doors open wide for weedy species. Wyeth noticed how certain plants thrived in the sidewalk cracks; how others proliferated on the forest edge; and how some spread like wildfire—yet her grandmother's geraniums never migrated out of their window boxes. As a youth, Wyeth was at play in the fields of the ruderals (pronounced RUDE-er-alls).

"Ruderals are the first responders of the plant kingdom," Wyeth says. "When earth has been disturbed at any scale, they are the first plants that are able to colonize the new conditions. In nature, there are frequent natural disturbances like fire and floods, rock slides, earthquakes—enough regular disturbance happening that some species evolved that are adapted to those challenges—the ruderals. They share certain traits, like fast-growing leaves and roots, prolific seed production, and an ability to get by with minimal nutrition from the soil."

Ruderals come from all the different classes—there are "weedy" grasses, annuals, vines, woody plants—and lots of plant families have ruderals. The most common ruderals in the Hudson Valley are dandelion, clover, ground ivy, plantain, crabgrass, and chickweed—plants that came from Europe with the settlers. "These six European weeds have been following humans around for a long time," Wyeth says. "Dioscorides's first-century AD herbal, De Materia Medica, lists many of the same weeds we find in the Hudson Valley now." Ruderals are embraced by some (for instance, foraging enthusiasts who like to eat dandelion and plantain) or considered a nuisance by others—depending on your perspective.

Wyeth says there's a second group of weeds in the Hudson Valley that are more worrisome: more recent (and often inadvertent) imports from parts of China, Japan, and Korea where the climate is similar to our own. Without the checks and balances of their native ecosystems, imports can become invasive plants. (However, like the term "weed," there is no strong consensus on the term "invasive." The most useful definition, she finds, is "a plant is invasive if its presence decreases the biological diversity of a habitat.") Most Asian plant imports, such as hydrangea, hollyhocks, and peonies have behaved just fine—but then there are the troublesome ones like barberry shrubs, Japanese stiltgrass, and Oriental bittersweet vine. 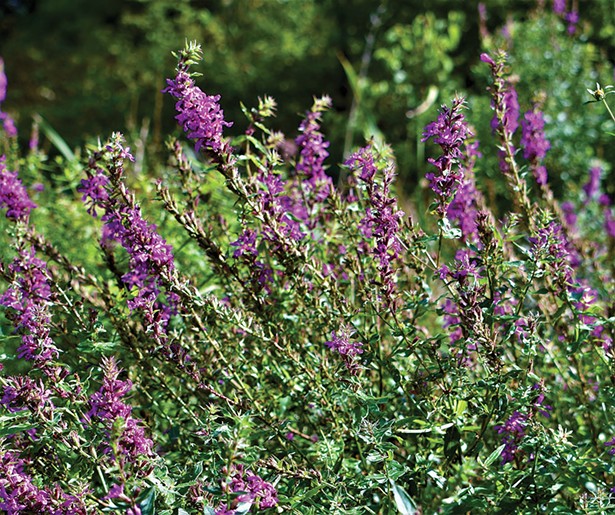 Regardless of origin, how can these hyper-successful plants be managed by home gardeners? "Humans have been gardening in the form of farming for about 10,000 years, while these plants have adapted over millions of years to succeed in disturbed habitats," Wyeth says. "Eradication is not a reasonable strategy—though we try. The best way to outfox ruderals and invasive plants is by getting to know them—their adaptations, how to identify them, and their life cycles."


Wyeth also recommends adjusting one's lens to become an admirer of the fierce adaptability of ruderals and invasive plants. "If we're choosing to see certain plants as a problem, then we should recognize that human activities are the ultimate cause of those problems," she says. "We introduce plants, without their adapted predators, into new territories halfway round the world, unable to predict the outcome of these introductions. We disturb established habitats by removing trees, mowing, building, diverting water flow, over-fertilizing, and compacting soil. As modern humans, we are changing our surroundings structurally and chemically at an incredibly fast rate, and the native species around us can't always keep up. Invasive plants are just species that are more adaptable; they can step into these tough situations and make the best of it."

Nonetheless, we do need strategies if we are going to keep biodiversity on our land. Understanding life cycles is key. Perhaps you are, for instance, unlucky enough to have Japanese stiltgrass in the shady parts of your property. Stiltgrass looks like a small cousin to bamboo—and indeed is in the same plant family—only this little fellow is an herbaceous annual weed, as opposed to a woody perennial.

Japanese stiltgrass sets prolific seed via seed stalks that emerge in late summer and mature by mid-fall. You want to yank this annual weed before those seeds mature. However, you don't want to pull the plants too early in the growing season, because when you disturb the soil, you bring up the stiltgrass seed bank in the soil, allowing that seed to germinate and new plants to establish. If, on the other hand, you wait until late summer to pull the plants, you will still get seed germination, but there's not enough growing season left for the seedlings to get established.

"With invasive weeds especially, prevention is always best," Wyeth says. "Control is very hard once they're established. For instance, mugwort has tons of viable seed and has running-type roots that send up shoots all along the root length. If you leave any root fragments, those pieces will just re-root and send out new runners. But, if you see a little piece of mugwort appear—perhaps via bird droppings—and pop it out right then, you prevent a stand of mugwort from getting started." Wyeth recommends we scan and scout our landscapes for new weeds—much like IPM specialists scout for insect populations while they are still small.

If you leave soil bare, something's going to cover it. To prevent weed seed from germinating, Wyeth recommends keeping the soil covered at all times. That could mean dense planting—lush growth of desired plants shades out the soil—mulching, or covering bare soil temporarily with an inorganic material like black plastic. Further, having rich, well-amended soil helps in two ways: weeds are easier to pop out of friable soil, and your desired plants will grow more lushly and therefore more thoroughly cover and shade the earth, slowing down weed seed germination.

Shout Out to Invasive Wineberry

"Wineberry fascinates me," Wyeth says. "It's a more recent addition to invasive plants lists. The fruits taste like wine-infused raspberries, but the berries are shiny, not fuzzy like raspberries." The arching canes of wineberry plants have distinctive, spiky, red stems and the undersides of the leaves are white. They grow in dense, thorny stands along the woodland edges, with the fruits appearing at midsummer.


Wyeth says the shelf life of the delicious fruits is comically short. "If you pick a handful, you should eat them right then," she says, laughing. "I was at a farm stand a few years ago and they were selling containers of wineberries. I thought they should've put a note on them that said, 'These will not make it until the end of the day.' That said, it's the most delicious invasive species we have! A friend gifted me a bottle of wineberry wine a few years ago—I'm waiting for the right occasion to break it open."

In Part II: Allelopathic Weeds are Plants Trying to Murder Each Other, and Japanese Knotweed: A Love Story

The original print version of this article was titled:
"Weeds with Laura Wyeth Part I: Meet the Ruderals"