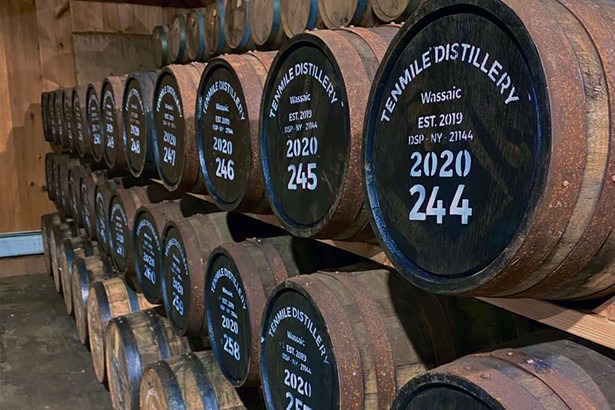 John Dyson’s agricultural roots go back almost 70 years, when his Scottish grandfather first taught him how to grow tomatoes in a pot on the steps of their Westchester home. Soon Dyson was working on his family’s new farm in Millbrook, and from that fertile soil he went on to serve as New York’s Agricultural Commissioner, found Millbrook Vineyards & Winery, and manage wineries around the world. But there was always one thing he still wanted to do: Honor the man who first introduced him to the joys of working with the earth by building a distillery in Dutchess County that made real, authentic scotch.

Which is, of course, impossible. You can’t call it “scotch” unless it was made with malted barley at a distillery in Scotland and aged in oak barrels for at least three years. Dyson had ample access to oak barrels thanks to a large portfolio of wineries, and was able to find someone growing barley locally. The “in Scotland” part proved to be tricky, so he set his sights on the next best thing: Getting a master distiller from Scotland to make the scotch, er, Scottish-style single-malt whisky, stateside.

That should have been impossible, explains Joel LeVangia, the General Manager of Tenmile Distillery. “A master distiller in Scotland usually only leaves their job feet first,” he says. “And certainly no one would come from Scotland to the United States and risk their reputation.”

LeVangia got bitten by the whisky bug years ago when someone poured him a dram from a $1,500 bottle of Japanese single malt. He’d been chasing that high ever since, to the point at which he casually mentioned to his father-in-law that he was thinking of building a still in his garage and learning how to do it himself. His father-in-law, by the way, was John Dyson, who was harboring his own malted dreams. The two men joined aspirations, located a gorgeously renovated dairy barn next to the Tenmile train station in Wassaic, and founded Tenmile Distillery.

With a background in both Hollywood and political campaigns, LeVangia shared Dyson’s indifference to impossible odds and an exacting attention to detail. Both came in handy when it came to securing all of the necessary equipment from Scotland to build an authentic Scottish-style still. “We have the real thing,” said Dyson. “No fooling around and no corners cut.”


That extends to the distiller himself, Shane Fraser, an award-winning master distiller from, yes, Scotland. Fraser had been thinking about moving on to a gig with a little more daylight in the winter when he heard about Tenmile’s nascent operations across the pond and the still they had built.

“I thought, ‘These guys are crazy if they’re taking all of this stuff from Scotland,’” he said. Intrigued, he accepted their invitation to check the operation out for himself. The three men hit it off, and Tenmile barreled their first whisky in January 2020.


For months the distillery was only open by appointment for private tours, but this month, Tenmile finally opened to the public . A specially designed glass curtain wall envelops the stills so that visitors can watch the distillery in action. LeVangia compares this to an open kitchen in a restaurant, and said he isn’t worried about spilling any trade secrets. “You can see everything we’re doing and I’ll tell you everything we’re doing,” he said. “If you decide it’s too much of a hassle to build your own distillery, then we want you to come away from here knowing that we’re doing it the way you would do it, if you had the time.”

Speaking of time: Don’t expect to walk out of Tenmile with a bottle of whisky just yet. While the distillery does offer tastings of the two-year work-in-progress whisky, the gang is sticking to the rulebook and not officially making it available for market until it’s aged in the barrels for three years. “We’ve done everything else technically correct,” said LeVangia. “Why wouldn’t we do this last thing technically correct as well?”


But you won’t walk away empty-handed. Tenmile also makes their own gin and—since Dyson insisted that if they were going to make their own gin, they were going to make their own neutral spirit to serve as the gin’s foundation—their own vodka. The initial response has been more than favorable. Last month, at the San Francisco World Spirits Competition, their Listening Rock Gin was awarded a silver medal and their Sinpatch Vodka took home a rare double gold medal. 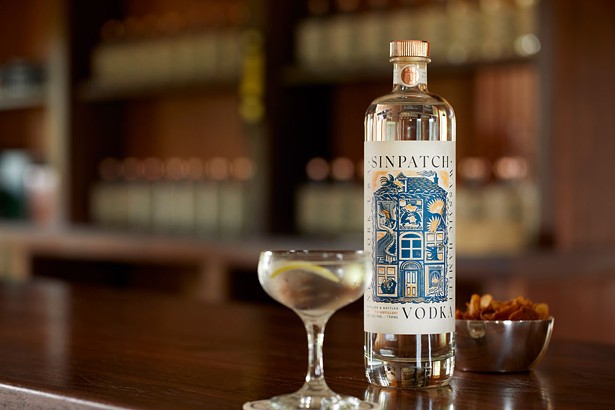 A sip of each and it’s easy to see why. The gin balances traditional juniper notes with lemon balm and mint grown right outside the distillery, for a spirit that’s smooth enough to drink straight over ice with just a twist of lime. Vodka is harder to judge since, as a neutral spirit, it’s not supposed to really taste like anything. But there’s a beguiling softness to Sinpatch that develops in the back of the throat, which LeVangia thinks may be the result of the still’s special reflux condenser, or the fact that it was made with local grain and bottled right at the distillery, or something else entirely. Sinpatch Vodka retails at $28 a bottle and the Listening Gin at $36. You can also taste the spirits locally at restaurants and bars including at Clare de Boer's Stissing House in Pine Plains, Pine & Polk, and Troutbeck, as well as at a number of local wine and liquor stores.


“There is a certain amount of magic to it,” he said. “If we created this exact distillery four or five miles down the road, we would wind up with something completely different.”

Tenmile will host Distillery Day on June 25 with tours, tastings, and local purveyors. Special guests chef Eliza Glaister and “Butcher Girls” Erika Nakamura and Jocelyn Guest have signed on, with drinks provided by Tenmile Distillery and the Millbrook Winery. Tickets are $75 per person, which includes two drink tickets and sampling of all the attending food booths.