Warwick: The Best of Both Worlds 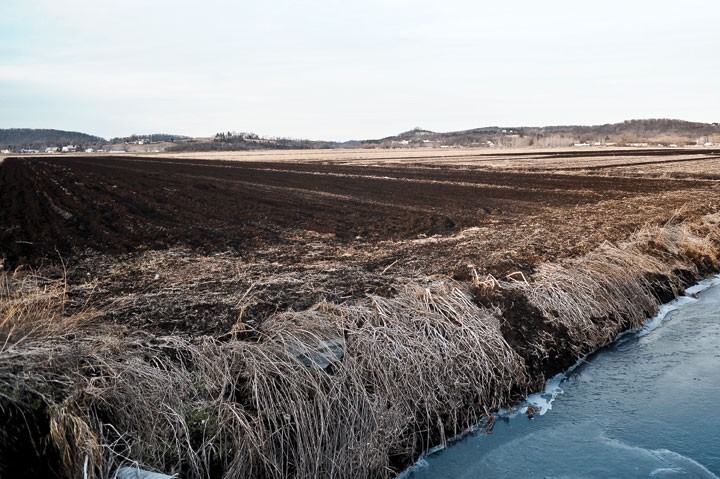 In 1993, a few notable Warwick residents (per historical documents, “Warwickians” seems to be the correct term) had an impromptu gathering to discuss a novel concept: their own brand of community visioning. “It seemed that we always organized in order to stop something from happening,” explains local community organizer, author, and multifaceted artist Daniel Mack, “whether it be overdevelopment, fracking, or things of that nature. We wondered what we could accomplish if we put that energy toward creating what we wanted to see happen in Warwick.” With so many unique traits to help exemplify the personality of the Warwick Valley—from its signature, ultra-fertile “black dirt,” to its especially bucolic vistas for a place so close to New York City—it is perhaps this kind of energy that best describes the soul of the community.

As the crow flies, in fact, it is a scant 41 miles from Greenwich Village in Manhattan to Main Street in the Village of Warwick; yet, as Aesop suggests in his well-known fables, crows have been known to be easily deceived. In a Hudson Valley culture where names like Woodstock, New Paltz, and Beacon have become established destinations, Warwickians certainly appear to be content with the slightly-below-the-radar status that matches their relaxing open spaces so well. The rub, as it were, is that Warwick has no dearth of features to recommend it as just such a premiere destination. A continually burgeoning cultural smorgasbord and diverse business community await those who will go a bit further off the main roads. Navigating the extra few lines of Google directions pays high dividends for the intrepid traveler, just as Warwick’s singular equilibrium of remoteness and accessibility serves to strengthen its inherent sense of kinship. 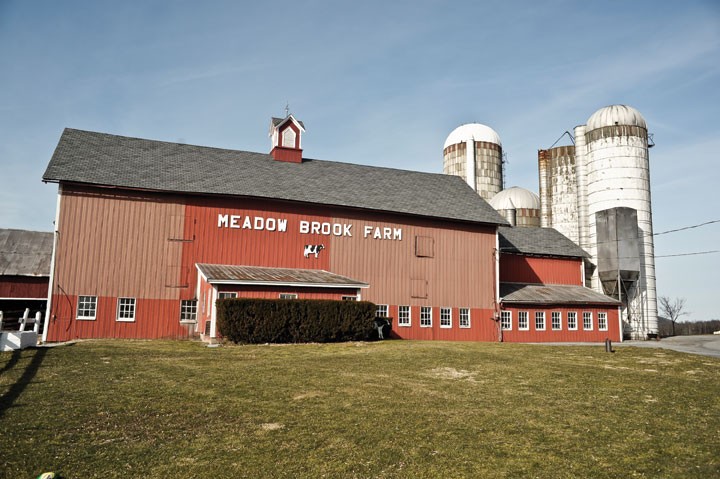 Growing Your Own
“What has happened, for all the supposed ‘inconvenience’ of our remote location, is that the business community has been able to grow and foster itself,” suggests Warwick Mayor Michael Newhard. “If people need something, whatever it is, they look to find it here.” First incorporated as its own town in 1788, and later infused with both increased access and economic stimulus with the advent of the Warwick Valley Railroad in 1862, that balance of proximity and distance has been a formative part of Warwick’s character. The heart of the Warwick Valley, however, remains the same as it has always been: the rich agriculture that not only sustains its residents, but also provides the open-space backdrop that makes the area such an inviting haven.

Newhard, now in his 11th year as mayor, was in fact among those present at the 1993 meetings that eventually spawned the organization known as Community 2000. Though many substantive results have emerged from the visioning group, which is still active today, perhaps the most significant advancements have come in the form of preserving and promoting Warwick’s rich farmland, its bounty, and the people who care for it.

The plan for the Village of Warwick Farmers Market, still a celebrated and successful event here, was conceived and implemented within the year. A series of interfacing programs to maintain open space and farmland were created, featuring a Community Preservation Fund and Purchase of Development Rights plan. The quick explanation is this: The town will pay a local farmer the difference, per acre, between the value of that land as farmland and as development land. In return, the town places a perpetual easement on the land, preserving it from commercial exploitation. How successful has it been? The initial goal was to preserve 3,000 acres; currently, over 4,100 acres are protected. And, if the power of a community that has bought in to its own well-being wasn’t clear, there is this past September’s Farm Aid as example. After Hurricane Irene’s devastation, a goal of $25,000 was set to be raised to help local farms, centered around a September 25 Warwick concert. After the proceeds were tallied, 44 local farmers received checks for $2,272 apiece.

“Being an elected official in a place like this is inspiring,” Newhard says. “You just harness the energy of the people that live here, and watch them go.” 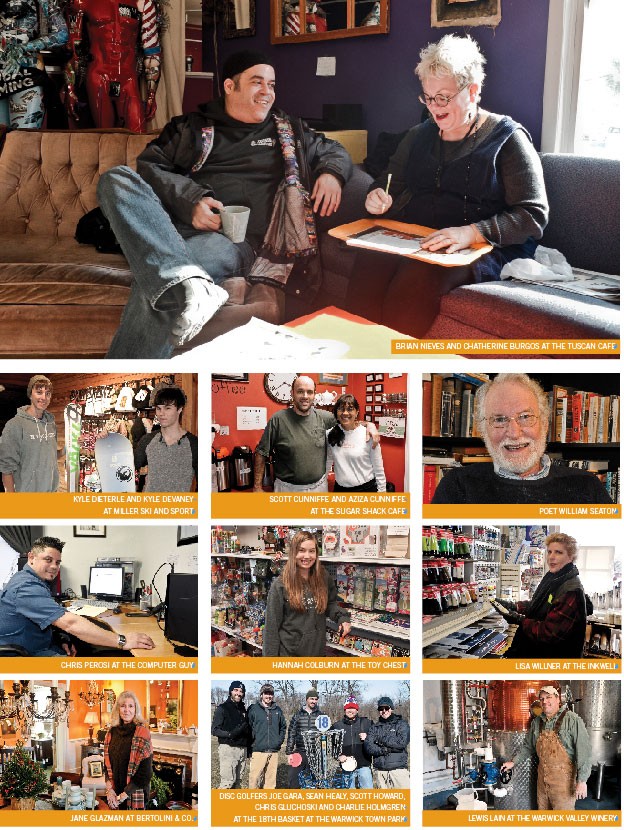 Business and Culture, Homemade
Newhard is himself a home-grown Warwick product, and representative of yet another telling example of the area’s sustainable energy: People like to live here, even if they grew up here. And, as befits the artistic pastiche that is Warwick, he is himself a holistic blend of village business owner, painter and visual artist, former New York City resident, parent, and community leader.

A conversation about Warwick cannot be complete without discussing the blossoming art scene, one that is uniquely embodied in the labor of love that is the Tuscan Café. Cristie Ranieri and Kristen Ciliberti, Warwick natives and lifelong friends, opened their updated version of the Tuscan in 2006. What they’ve succeeded in creating is a welcoming all-inclusive meeting place, where both alternative-minded local high school kids and the town Democratic Party committee can hold court side by side. The Tuscan has become a focal Hudson Valley concert location as well, with open mics every Thursday and a full schedule of featured bands. How did Ranieri and Ciliberti bring it all together so well? “It just happened,” explains Ranieri with a laugh. “It’s holistic. It just fell into place, and it is really cool that it works.” This past year, the Tuscan Café won the Times Herald-Record’s award for Best Small Music Venue, a well-deserved honor.

Yet another pair of lifelong friends tell a complementing tale, this one fueled by apples as much as art. When, in 2001, Jason Grizzanti obtained the license needed to become the first Hudson Valley distillery since Prohibition, he and partner Jeremy Kidde’s Warwick Valley Winery helped put Warwick on the map. As with all things Warwick, the success of these New-Jersey-natives-turned-local-residents is not easily defined: Warwick Valley is a winery and award-winning small-batch craft distiller, while their celebrated apple orchards double as a site for well-attended summer music festivals. Though their plethora of products is enjoying widening success (Doc’s Draft Hard Cider is available in 13 states), the pride of Warwick Valley Winery is their local distribution: Their products can be found at almost every one of the myriad restaurants and bars in town. “People come up here to see us, and we tell them where else they can go,” explains Kidde. “Local businesses support us, and we support them.” From celebrated culinary staples like the Iron Forge Inn and the Landmark Inn, to popular local hangout
Yesterday’s—and the surprisingly extensive eclectic mix of choices in between—there is a clear message: We’re all in this together.

The conversation within the business community of Warwick begins to read like a television “infomercial,” except that, in this instance, the testimonials are for a product that genuinely works blend of intention, achievement, art, and good-old nature. From George Tuttle’s CertaPro painting contractors, to Christina Topaloglou’s Soho-esque Colors Home store—each contributor helps to build what Topaloglou describes as “a diverse, art-focused, and creative community that preserves old traditions while accepting and welcoming new ideas.” Yet perhaps the most telling testimony is the most direct one, as exemplified in a recollection of Mayor Michael Newhard. Newhard and his son, then 11, were enjoying a trip down the village’s Railroad Avenue, with the farmers’ market to one side, Art on the Green outdoor gallery on the other, when the child turned and simply said: “Dad, I love Warwick.” 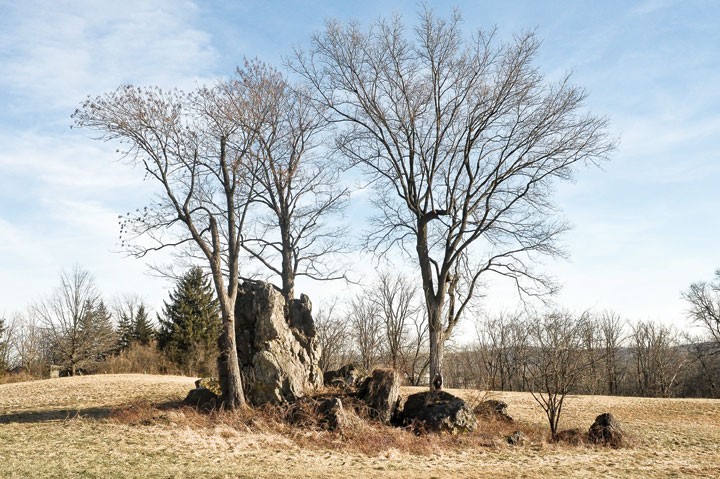