Warwick: A Town with Roots

David Morris Cunningham View of the Warwick Valley.
Like many towns in the Hudson Valley, Warwick has a rich cultural history. The Great Chain of the Revolutionary War was forged at Sterling Ironworks, the first steel producer in New York. The chain, approximately 500 yards in length and made up of massive iron links, was affixed across the Hudson River in 1778 and prevented the British from traveling up to the fort at West Point.

Perhaps more relevant today is Warwick’s history as an agricultural community. The town is home to three hamlets: Greenwood Lake, Florida, and the Village of Warwick. One of the largest towns in New York State in terms of area, Warwick is a painter’s paradise of sweeping farmlands framed by rolling hills and mountains. The landscape is more than just picture-perfect, though—agriculture provides the backbone, heart, and soul of Warwick. Here, locally sourced menu items are found more often than not, and working the land is an important part, not just of the community’s past, but of its future as well. The Black Dirt Region in the town’s western section is named for its extremely fertile soil left over from an ancient glacial lake bottom and added to by decades of flooding of the Walkill River. The second-largest concentration of such soil in the US (outside of the Florida Everglades), it is known historically for its pungent onions, and, more recently, for a diverse offering of crops such as radishes, potatoes, tomatoes, carrots, and sod.

With annual festivals, artisanal shops, fine dining, and beautiful vistas, Warwick is a lovely place to visit. And, thanks to the town’s strong farming community, it’s a region that visitors can literally sink their teeth into.

LIVE LOCAL
Warwick is best experienced outside, and this time of year, though the weather might be brisk, the views are spectacular. The last embers of fall foliage glow a softer red and brown on the hills. Warwick is home to Orange County’s largest lake, Greenwood, and a reservoir that hosts New York’s last population of the endangered northern cricket frog, Glenmere Lake. A portion of the Appalachian Trail runs through Sterling Forest, whose state park was forged by community activism when local residents rallied in 2000 against the threat of a housing development on a 575-acre tract in the center of the forest.

You can also enjoy the outdoors by strolling through one of the community’s many farms that allow for apple picking as well as other pick-your-own options. Pennings Orchard and Farm Market has been operating for over half a century. They started as a dairy farm and continue to operate an ice cream stand in addition to their apple orchard and farm stand, which also offers their apricots, sweet corn, nectarines, peaches, peppers, squash, tomatoes, and zucchini. The Pennings farm and the ice cream stand have been in existence for several decades, but the bar and grill opened just a few years ago. The menu is full of local offerings. Kaitlyn Leloup, marketing manager and special events coordinator for Pennings, says that the farm is dedicated to the “living local” philosophy. “We try our best to sell local products,” she says. “We have seasonable local produce and a variety of different products from local vendors.”

The grill pub hosts live music weekly, and, this past September, Pennings hosted its first Brew Fest. The day featured a four-hour tasting of craft beer from local breweries, including Ommegang, Keegan Ales, Olde Saratoga, and Sixpoint; as well as live blues music. “The whole eat, shop, and be local idea is very strong in Warwick,” Leloup says.

Warwick residents get to show their community pride at the town’s annual Applefest, which celebrated its 24th year this past October. The event began in 1989 as a small harvest celebration to support the Warwick Valley Community Center. Now, the event has sprawled into a major regional attraction, drawing an estimated 30,000 people for this year’s one-day festival. Named one of the top 10 festivals in the “Top 100 Events in North America” by the American Bus Association, it features more than 200 food vendors, multiple stages of live entertainment, pie baking contests, and, of course, lots of apples.

SHOPS AND SWEETS
Once you decide it’s time to move indoors, Warwick has plenty to satisfy your shopping needs. An outing at the Warwick Antique Barn feels more like a trip to a fascinating museum or park. The shop is located in a restored 1800s post-and-beam three-story barn. The main floor and hayloft have been converted to an airy 3,500-square-foot antiques gallery featuring period, primitive, and country furniture, handcrafted farm tables, antique and vintage jewelry, lighting, artwork, and more. More than 200 farm tables using vintage barn wood have been built in the barn’s workshop. The barn is also known for housing one of the largest selections of cupboards, hutches, and farm tables in the area. Outside the barn, the wooded parklike setting includes picturesque gardens and a mountain stream.

Warwick’s country store, Frazzleberries, specializes in custom made signs that will appeal to a range of people, from pet lovers to beach bums. They also sell kitchen and bath accessories, rugs, lighting, framed prints, nautical charts, pottery, and women’s handbags—a great place to look for a one-of-a-kind gift.

If you’re done shopping, you will want to try out some of the delicate desserts Warwick has to offer. Jean-Claude’s Artisan Bakery & Café in Greenwood Lake features nonprocessed desserts handcrafted by master pastry chef Jean-Claude Sanchez, who began his culinary training in Bayonne, France. Their speciality cakes include chocolate ganache, nougatine, and gateau Basque, and they have a wide assortment of European-style treats, including tarts, breakfast pastries, brioche, croissants, and pain au chocolat. They also offer holiday confections, gluten- and dairy-free fruit sorbets, and, upon request, flourless cakes.

If you enjoy finely crafted sweets and pastries, you won’t want to deprive your taste buds of the creations at Eat Sweet Bake Shop, which has locations in the village of Warwick and Pine Island. Eat Sweet makes all of its products entirely from scratch and uses local and seasonally available produce and dairy whenever possible. Their offerings include homemade classic cookies, truffles, mini linzer tarts, shortbread, cupcakes, whoopie pies, French macaroons, and blondies.

If you think you’ve had one too many macaroons, Warwick offers a unique program that allows dieters to lose weight and help the community in the process. Whole Kids Education Foundation, a nonprofit organization that promotes healthy and sustainable living education in schools, is organizing a new “Pounds for Pupils” program. Adults who participate in the program shed weight in order to raise money for the school of their choice in the Warwick Valley area.

DINE AND DRINK
At Grappa Ristorante, guests can enjoy fine dining in a casual atmosphere with authentic, traditional specialties of Northern Italy. Their wine list includes a wide selection with a variety of Italian reds—Brunello, Barolo, and Barbaresco as well as Super Tuscans, Amarone, and Chianti. Among the specialty menu items are homemade pasta and classic dishes like zuppa di pesce and veal scaloppini. The restaurant won the St. Stephen’s Parish Fifth Annual Taste of the Town Fine Dining award.

For more fine dining, visit the Iron Forge Inn. The Inn is located at the site of a historic forge in a Revolutionary-era home built in 1760 and has been a celebrated dining destination in the town for more than 50 years. Chef and owner Erik Johansen is a graduate of the Culinary Institute of America. His modern American menu places an emphasis on local ingredients and, like the weather, it changes with the seasons.

Fetch Bar & Grill is a canine-themed neighborhood bar and restaurant. Popular menu items include their Philadelphia cheese steak made with bread brought in daily from Philadelphia, and their individually baked mac and cheese, made with aged Black Diamond cheddar, Parmesan, and cream and topped with smashed Ritz crackers. Most of their walls are covered with photographs of customers with their dogs, but one wall is devoted to their rescue mission, providing information on the Warwick Valley Humane Society’s Adopt-a-Dog program.

Nestled between Warwick’s Mount Eve and Mount Adam is one of the town’s most spirited businesses: the Warwick Winery and Distillery. Despite its historical connections—it was the first distillery in the Hudson Valley licensed after Prohibition—the business is continuously looking toward the future. Starting as an orchard in 1989, it expanded into a winery in 1994 thanks to an abundant crop: apples. Doc’s Draft Hard Apple Cider has become their signature product, winning a gold medal at the Hudson Valley Wine Competition, and their line has expanded to include pear, raspberry, pumpkin, and cassis varieties. In 2001, they opened New York’s first fruit distillery, producing fruit brandies and liqueurs. They also make gin and released their first bourbon, aged for three years, in September.
The winery is located on a picturesque farm that is full of old school charm. There are bocce ball courts, a bakery, a café, and apple and pear picking. Jason Grizzanti, one of the winery’s owners and its master distiller, says the food they serve at the café has “a real farm-to-table theme, and we use local meats, local vegetables, local produce, and local fruits that we grow.” The Uncorked & Unplugged In the Orchard music series features live music on weekends, and the winery and distillery also hosts music festivals on its grounds during the warmer months.

Grizzanti says that Warwick is a special place because it has been able to preserve and support agriculture and the land without stifling development. “There’s a lot of agricultural tourism in the area,” he says. “But what makes Warwick a really great place is the sense of community.”

A glimpse into Warwick's dynamic offerings.

Bard College at Simon’s Rock: Early College at the Front of Social and Environmental Change Sponsored 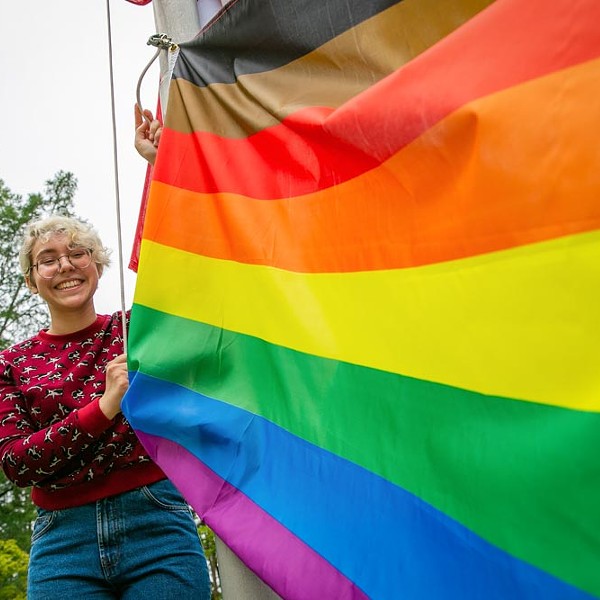