Waiting for The Big Thaw 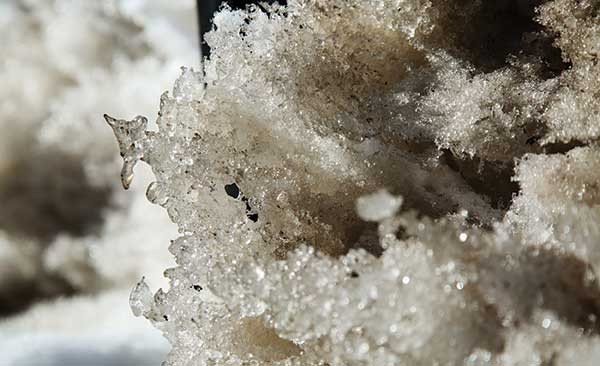 It's a bit challenging thinking about spring with the world iced over and temperatures staying below freezing for days on end. At least up here in the Northern Hemisphere, spring is indeed on its way, and it will be commemorated by some rather spectacular astrological events.

The cold, combined with the astrology and the events of February, has given the feeling of a spiritual chill as well as a physical one. We just lived through an unusually powerful Mercury retrograde that is just starting to loosen its grip.

So, it's cold out now, and still, the seasons change. Personally, I appreciate the arrival of spring a little more every year. There were years when I hardly noticed, and many others when April really did feel like the cruelest month. Most discussions of seasonal affective disorder and similar involve the impact of the lack of sunlight, though there's another population that struggles as the light increases and the warm weather approaches.

That said, I think most people will be happy to leave their houses without bundling up under 10 layers, or risking life and limb by taking a spill on their driveway. Right now people in Boston are dealing with more snow than they've ever experienced, so much that roofs are collapsing and the city must do something un-environmentally friendly, which is dump snow in the harbor.

As for the weather on another level—that is, the movements in the environment of astrology—first let's catch up with the past month. Mercury retrograde in Aquarius ended on February 11, arriving with much loss and many shakeups in the television business.

Within days of the station-direct (the end of the retrograde), Jon Stewart announced his retirement from "The Daily Show." For many, many people, Stewart has been a voice of sanity through one of the most insane eras in political life. He began hosting the program right after the Clinton impeachment, through 9/11 and its aftermath, through the rest of the Bush administration and the wars in Iraq and Afghanistan.

He has provided a psychic refuge from the pain of the news, and at the same time, set a standard for honest coverage of events that the noncomedy shows had to start living up to. But more than that he contributed to a golden age of satire that was perhaps the sanest response to the agony of George Bush and Dick Cheney running the country into the ground.

But the real water-into-wine or (perhaps wine-into-water) miracle of Jon Stewart was turning comedy into one of the most dependable and honest platforms for the news. He was not perfect; nobody is. He never copped to the problems with the whole 9/11 story, but then, I can count the TV journalists who did on approximately three fingers. Yet he took on the issues of the aftermath of war and the hypocrisy of politics like few other journalists.

That same week, Brian Williams was suspended as anchor and managing editor of "NBC Nightly News." He got in trouble for making up war stories—or for letting on that TV news is often either fabricated or spun of little other than viewpoint.

The real loss here is not what a great journalist Williams was, but how much people liked, and even adored, him. People understood that he was an entertainer. TV news had a rare moment of its credibility suffering, though I think that these kinds of events often serve as prompts for other journalists to actually do the job.

The problem with that theory is, for example, that the authentic reporting job on the Iraq war was what we really needed was in 2002 and 2003, when the media became a kind of spinning wheel for the whole-cloth lies being told by the Bush administration. I saw some contrition for that on several different channels, including on Fox, though in the end, the sacrifice of Brian Williams seems more of a cautionary tale and symbolic bloodletting than a sea change for television.

The same week as Jon Stewart and Brian Williams were in the news, New York Times media columnist and modern titan of journalism David Carr collapsed in the Times' newsroom and died a little while later. Carr was considered by many to be a standout journalist but also a true pariah from the old school. He was lauded by the Times' management as one of the great writers to have ever passed through the newspaper.