An Evening with Ira Glass 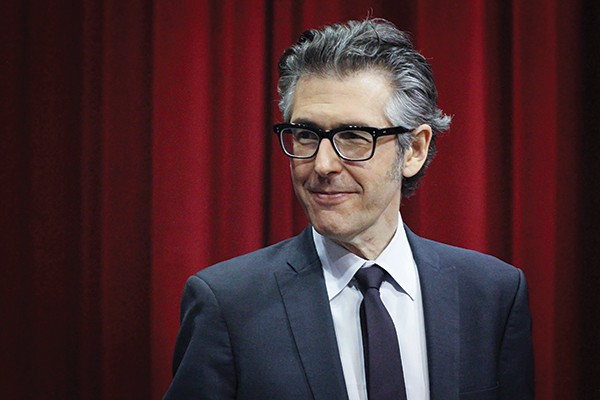 The voice on the other end of the phone is unmistakable. The reassuring patter of every NPR listener's personal storyteller, "This American Life" host Ira Glass. He's talking about, well, talking. To be specific, about vocal fry, the style of low, slightly growling speaking style seen as a recent phenomenon—and a habit he's been identified with. He laughs in self-deprecating agreement when the topic comes up. "I'm an industry leader [of the mannerism]," admits the host and producer, who will present "Reinventing Radio: An Evening with Ira Glass" at UPAC in Kingston on May 21.

"NPR did a show where we talked to a linguist from Stanford University about vocal fry and upspeaking [the tendency of raising one's voice at the end of a sentence]," says Glass. "Both of those things are mainly associated with young women, and some people find them annoying. And this linguist said that the way people speak is something that changes over time. So, basically, that means that if you find the way young people speak annoying, it just means you're old. [Laughs.] For a while NPR was getting hate mail from listeners accusing some of our female correspondents of consciously talking like that. And we were, like, 'No, this is how they really talk.' When someone talks in their 'announcer's voice,' it takes away any air of authority—there's more of an air of authenticity when they speak like their authentic selves."

Speaking like his authentic self is something Glass has been doing since 1995 as the producer and host of "This American Life." But the Baltimore-born on-air personality's radio career actually started well before his current, phenomenally popular program began, when, at 19, he "talked his way into" an intern position at NPR's Washington, DC, headquarters. He eventually served as a reporter and host on "All Things Considered," "Morning Edition," and "Talk of the Nation" and co-hosted "The Wild Room" on Chicago's WBEZ, but the first NPR show he worked on was Joe Frank's narrative-drama "NPR Playhouse." "I remember watching Joe work in the studio and thinking how I'd never heard anyone tell a story on the radio like that before," Glass reflects. "I would get caught up in it and think, 'I want to make something like this.' I wish I had some big, romantic story beyond that. Really, I got into this because I just wanted to make something that was good and would seem special." The over 2.2 million listeners who tune into "This American Life" every week (with an equal amount of podcast downloads) across 500 stations, along with the show's multiple awards and (unfortunately short-lived) Showtime series, would indicate that Glass's riveting, real-life storytelling style is, indeed, special to many.

After 20 years of "This American Life," does its host ever find it difficult keeping the show fresh? "Yeah, it's hard," says Glass, whose live tour format features him manipulating sounds and music on stage in real time via iPad and includes content never heard on the program. "The most exciting shows are the ones where we do things we've never done before. So that's what we're always trying to do."