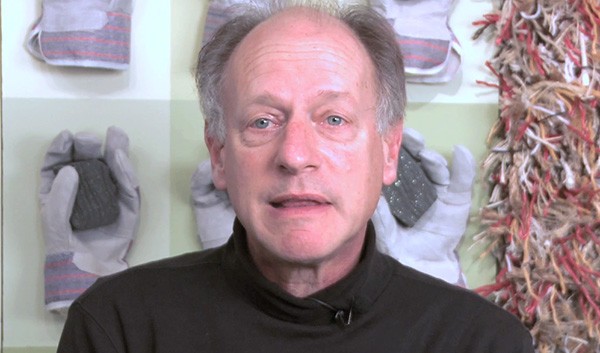 Steven Siegel's current series, "Building Pictures," from which the cover image is taken, continues an idea Siegel began exploring in Biography, a 156-foot-long mixed media piece that he created over five years, adding on sections over time and bringing in new materials and discarding old ones. Siegel is very much a process-oriented artist, and ideas about evolution and geology heavily influence the way he works. "When I develop a craft, the craft is not a means toward an end," says Siegel. "The craft is the end. To imply otherwise is to be a creationist, in a sense. You're saying: You have the tools, now design something and make it. And that's not the way it works in evolution. The way it works is by contingency and mutation and environmental factors—no one knows where it's going to evolve."

For all the talk of process, however, it's the aesthetics that matter most to Siegel. "In the end, if it doesn't look good, I don't really care about it," he says.

On the Cover:"Hands" by Steven Siegel