Venus Square Jupiter: A Little of What You Love Goes a Long Way 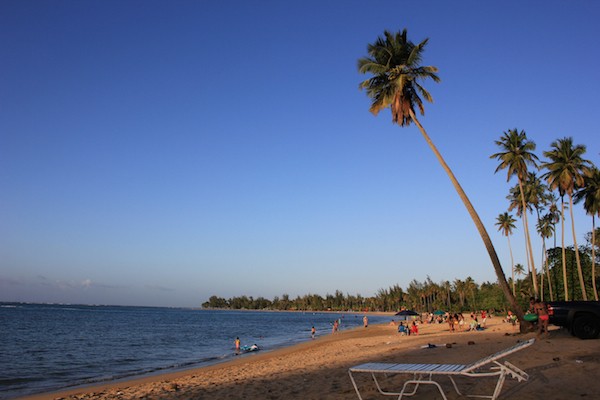 If your week began with some unexpected reminders of ways you’ve held yourself back due to old hurts, you might be feeling more inclined than usual to give yourself a pass today and just do what feels good. You might even feel like spreading the love around to the people you adore. A square between Venus in Taurus and Jupiter in Leo are the planets behind the mood, but it’s operating in a wider context known as The Eclipse Zone.

We’re now at the halfway mark between eclipses. The total solar eclipse and New Moon in Pisces was one week ago; a week from tomorrow (April 4) we get its complimentary lunar eclipse (the Libra Full Moon). This means we’re at the lunar first quarter, exact Friday: the Moon making a right angle (a square aspect) to the Sun, known to be good for moving projects into full swing.

By now, you’ve possibly gotten signals about some facet of your life (or several in tandem) calling to be moved forward -- either in external, tangible ways (such as career goals, creative projects or relationship/domestic situations) or in internal, intangible ways (as with new insights that propel healing and growth, even subtly).

Cue up Venus square Jupiter (exact at 10:11 pm EDT Friday). Squares tend to get a bad rap, given the often uncomfortable sense of being pushed into action. Squares between Venus and Jupiter, although they come with a caution against indulging in extravagant excess simply for the sake of indulging, are usually much friendlier—marked by warm fuzzies in your relationships, optimism and pleasurable activities.

A Venus-Jupiter square might also, however, encourage passively waiting to receive nice things (especially with Venus in Taurus) or, conversely, impulsive or arrogant behavior (Jupiter in a fire sign like Leo could tend this way). Occasional indulgence helps keep us from getting too wound up or too beaten down. Yet compulsive indulgence can also keep us in crazy-making spirals that undermine our other goals. Keep your Eclipse Zone antennae tuned to where the sweet spot is as you head into the weekend.

Note that Jupiter is currently retrograde. Consider extending some generosity, compassion or optimism toward yourself for hurts from your past. You might actually apologize to yourself and offer yourself forgiveness. A simple and sincere “I did the best I could at the time, and that’s all anybody can do,” can go a long way.

You might give yourself permission to feel okay about how you feel -- even if you mainly feel like ignoring work so you can eat a snack; or rearrange the velvet throw pillows on your sofa; or hand-deliver your check to the local community radio station’s pledge drive, where you’ll get to munch on the donated food, even though you could just as easily mail it (don’t ask). With Venus square Jupiter, these are all possible scenarios.

The idea is that if you allow yourself pleasure, also safeguard against risky impulses (especially of the financial kind). But what’s the difference between acting on impulse versus flowing with synchronicity? After all, the two weeks between eclipses are prime time for unexpected opportunities to emerge.

Consider that Saturn, Lord of Limits, is currently in Sagittarius -- ruled by Jupiter. Sagittarius suggests that making “the highest good for all concerned” your mantra is a gentle way to invoke a firmer guideline or some discipline as needed.

You don’t have to hear your parents’ voices in your head to be an adult, especially if that’s the voice you’ve been going to therapy to exorcise, dissolve or tame. Just pause to think beyond your own immediate gratification once in a while, so “the fun stuff” and “the adult stuff” can weave together into some genuinely functional “self-love stuff.” It can be done.

Beltane: In Search of Venus

Venus and the Identity of Values