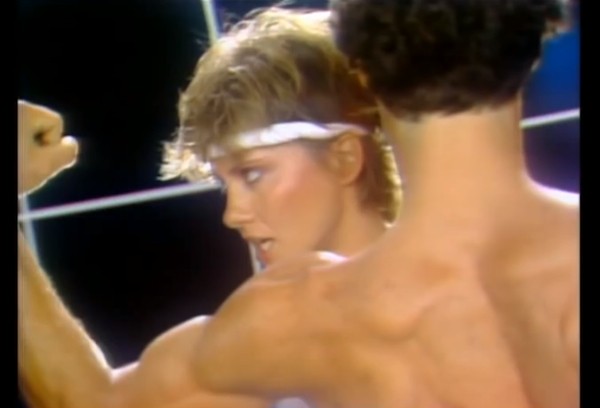 The Sun entered Pisces Wednesday, the last sign of the zodiac and the astrological year. Which means that spring is only a month away, despite what you may see when you look outside. Inside, the planets indicate some real heat to go with the water of Pisces—and as you know, fire + water = steam.

Where’s that heat coming from? Venus and Mars (which entered Aries Thursday and today, respectively) are meeting up to form a conjunction—their first of three the year (a rare occurrence). It’s exact Sunday at 12:13 am EST, which is basically Saturday night, but it’s smoldering toward the red zone now. If you’ve been complaining about the cold, here’s your opportunity to warm yourself without needing a plane ticket.

Venus and Mars are two of the “personal planets.” That is, we feel their influence on a very relatable, personal, day-to-day scale. They also represent our respective feminine and masculine sides, present within each of us no matter what our sex, gender or sexual orientation.

In Aries, the same basic rule applies in each of those situations (cue up Olivia Newton John): Let’s get physical! Sparky, combustive sex (including solo sex)? Yep. Arguments with a lover if you’re not in sync, or with someone with whom you have unconsummated chemistry? Yes, that, too (unconscious Martian energy can get aggressive).

Yet this astrology also indicates a burst of creative energy of the artistic (rather than procreative) variety. The Pisces Sun practically gushes artistic mojo, the kind that would normally favor dreamy music or painting or poetry. But with Venus and Mars hooking up in Aries, a Mars-ruled sign, the more you can get your whole body into the creativity, the better. Think in terms of dancing to some seriously up-tempo tunes with killer beats (or performing music of a similar description), sculpting, or any other artistic expression that’s vigorously physical.

Note that the Moon will be traveling through Aries from Friday evening through Sunday evening. It makes a conjunction to Uranus in the middle of the sign just as Venus-Mars is exact. Translation: spontaneous and unexpected reactions, for better or for worse, are the theme of the weekend. You’ll likely feel emotions intensely in the moment, then they’ll dissipate just as quickly.

In the service of navigating the possibilities of passionate sex and creativity versus passionate conflict, I want to mention an intersecting aspect pattern. There’s a loose grand fire trine involving Venus-Mars in Aries, Saturn in Sagittarius and asteroid Juno in Leo.

Put simply, this pattern says to communicate your needs as the flames start swirling, and things could get constructive as the heat rises. Saturn adds some stability to all this fire, so take a hand in channeling it. As you satisfy that need to be heard (yours or another’s), think of it less like ego soothing and more like receiving the key that could blow the doors off this weekend—regardless whether you’re between the sheets or on the dance floor.