Imagine that it's two o'clock in the afternoon on a Sunday and someone, let's call him Steve, is feeling agitated. He's beyond agitated—he is having another panic attack, or perhaps he is jonesing toward a relapse with alcohol or opiates. Steve is not used to asking for help, but he's feeling desperate. The idea of checking into a psychiatric emergency room at a local hospital only spooks him more. Luckily, he has another choice: an urgent care center for mental health.

Two such facilities, based out of community centers, opened on May 1 in Middletown and Newburgh (at the Middletown Community Counseling Center and the Kaplan Family Counseling Center in Newburgh, respectively). Here, no one tags Steve with a hospital wristband. Instead of institutional cinderblock walls, homey decor surrounds him. He sees a window marked "Urgent Care," where a trained person is ready to help him. Comfort comes first, so if he is too upset to talk, he's invited first to sit in a comfortable room with couches and a TV, have a snack, and chillax for a bit.

"We're not going to greet him with, 'Fill out this form. Give me your insurance card.' That's not what happens first here," says Patricia Tuber, acute behavior health services regional director at Access: Supports for Living, the organization that created the two urgent-care centers with grant money from the federal government. "Instead it's, 'Hey, how can we help you? Tell us what brought you here today.' We want to give people an opportunity to tell their story. Then we're able to engage them and start making a plan." A person like Steve doesn't need to know anything in advance of his visit, and he doesn't need to fork over any money. He can just show up and get help from trained staff including on-site nurses and social workers. If his issue is opioid addiction, he can opt to start treatment with suboxone right away. "We can wrap services around him to get his behavioral health needs met without having to go unnecessarily to an emergency room," adds Tuber. "It's friendlier, warmer, more engaging."

Urgent care for mental health is a fresh concept, and we need it—urgently. According to a recent Pew Research Report, about 70 percent of US teens see anxiety and depression as major problems among their peers, and their concerns about mental health cut across gender, racial, and socio-economic lines. And it's not just young people. Midlife mortality rates are falling among all education classes in America, partly due to a rise in the number of "deaths of despair"—deaths by drugs, alcohol, and suicide—according to a 2015 study out of Princeton University.

Exacerbating these problems, and sometimes preventing people from getting the help they need, is the enormous stigma that looms over mental-health conditions and addiction struggles. (They often come hand in hand: Nearly half of people with a mental-health condition have a co-occurring substance-use disorder, according to Mental Health America.) The shame people feel about their condition will keep them isolated during times when connection and support could be life-saving. With the class divide in our country, the stigma is worse in low-income populations. Having a therapist is a middle- and upper-class luxury, but in other communities, getting help for mental-health issues doesn't carry the same cachet. To break the stigma, it's essential for people to share their own mental-health struggles so that others can replace judgement and blame with empathy and understanding.

"One example of how stigma is still very real is that people who have been released from hospitals for in-patient psychiatry visits in our area have only about a 50 percent rate of showing up to get follow-up care in an outpatient clinic," says John Bennett, director of behavioral health for Access: Supports for Living. Moreover, the hospital model doesn't work for everyone. "More and more, we're realizing that people get better when they stay in the community, with their family, and involved in life with their supports in place," adds Bennett.

The family and community piece is key—and Access's two urgent care facilities will often incorporate the family or social circle into the care process. "We're embracing a new way of working with families called Open Dialogue, which is a family communication intervention in which we try to get all the members of a family (or a social network or self-defined family) really talking with each other and really understanding whatever it is that brought in the person who's at the center of clinical concern to us," says Bennett. "Then we explore how we can help that family or social network to support the person." 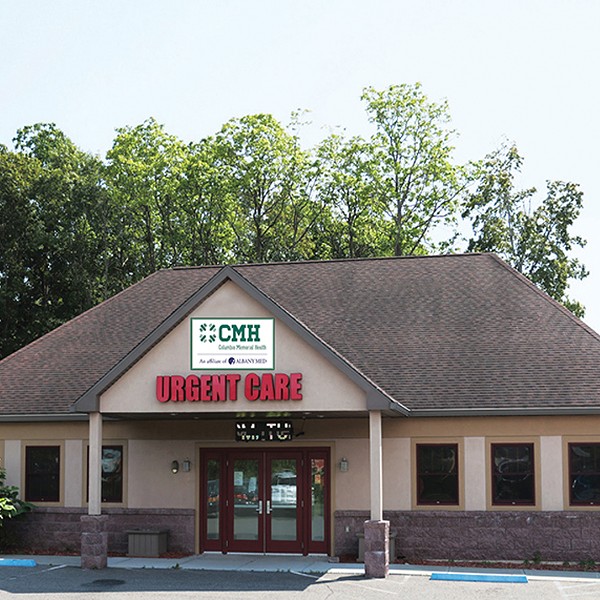