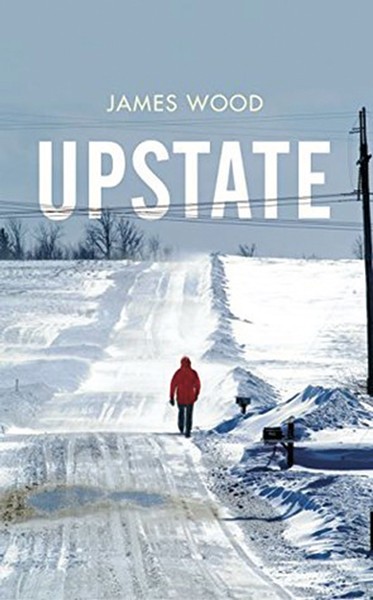 The battle of Saratoga was a decisive victory for the Americans in the Revolutionary War, and nearly 250 years later, James Wood sends his British hero, real estate developer Alan Querry, back to Saratoga to do battle with his estranged daughter Vanessa's demons. "The British troops had what you would call their arses handed to them in September 1777," Josh, Vanessa's overbearing boyfriend, announces to Alan upon first meeting him. Alan apparently takes the brash American's introduction as a call to arms and determines not to return to England without securing his daughter's well-being.

Alan actually has two daughters. Their mother divorced Alan when they were teenagers and the impact of that and her subsequent early death hit the sisters hard and with divergent results. Where Helen is a very outgoing and a successful executive at a music company and married with twins, Vanessa withdraws into books and philosophy. Though she becomes a professor at Skidmore, her life has been marred by a couple of breakdowns, a lack of a love life, and an inability to fulfill her professional promise in publishing. Things seem to be looking up for Vanessa at the start of the novel as she has a new boyfriend, Josh, but this is put into question when he emails Helen asking her to come to America because Vanessa has slipped into a depression and possibly intentionally injured herself in a fall.

All of this is what brings Alan, Helen, and the reader to the strange world of "upstate"—upstate New York specifically. There is possibly no better way to experience your hometown than through the eyes of someone foreign to it. Alan takes in everything—from the differences between train speeds and America's obsession with parking lots—to far more intellectual insights on architecture and politics. The upstate reader will particularly enjoy Alan's bewilderment of the area's strange town names and when Helen describes Troy as "bleak" and even "Soviet," she hilariously corrects herself saying, "All right, it's not bleak. But it's so bloody cold...Maybe with the other place, its name laid a curse on it? What were they thinking? 'Troy' indeed."

Though this is James Wood's second novel, he is best known as a literary critic currently teaching at Harvard and regularly publishing as a staff writer for The New Yorker. Woods's How Fiction Works was a bestseller and he is known for coining the term "hysterical realism" used to describe a trend in contemporary novels that are extremely long and inhabited by manic characters and unnecessary subplots. Author Zadie Smith famously described the label as a "painfully accurate term for the sort of overblown, manic prose to be found in novels like my own White Teeth."

In comparison, Upstate clocks in at just over 200 pages and contains itself to the single story of a father's estranged relationship with his daughters over the course of six days in a snowbound town. But the experience of reading these 200 pages feels more like three times that because of what Wood packs into every paragraph in each short chapter. Wood's rich prose not only captures physical and historical details of the setting but populates the scenes with fully realized characters whose interactions perfectly capture the duality of happiness and unhappiness unique to all families. But there are also philosophical questions that Vanessa's character demands to be addressed when her own mental stability is questioned. Ultimately Vanessa wants to know what it takes to be happy and how a life can be well-lived when you are acutely aware of how ephemeral it all is. Alan realizes he too has been asking these questions all along, and perhaps now, in a land of towns with funny sounding names, he can join forces with his troubled daughter and find out.