At the close of 2022, Hudson got a dandy holiday gift: a brand new brewery opening in a beautifully renovated historic gem, helmed by lifelong locals and best friends. Upper Depot Brewery is in its infancy—opening day was December 28—and already winning accolades for the renovation, the comfy vibes and the fresh and delicious beers.


The 1871 train depot, once the place where up-river travelers could make a connection for Boston, narrowly escaped demolition in 2013. After its rescue by preservationists, the brick building’s destiny remained unclear until the team of Montgomery Bopp and Aaron Maas stepped forward with their dream in 2019. “When we first came and looked at it, all our friends—everyone, in fact—said we had absolutely lost our minds,” says Maas, “But if you look at it now, I think the renovation has just far exceeded everyone’s expectations—even ours.” 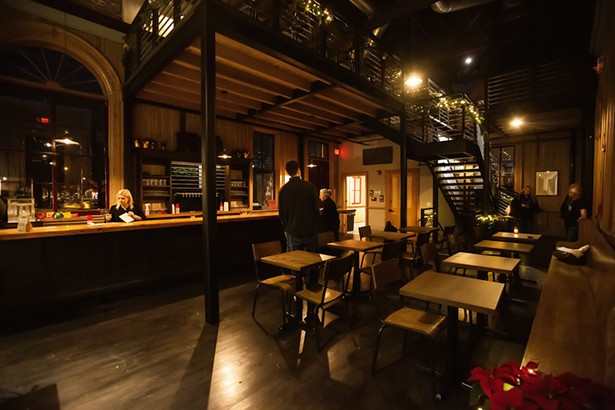 Bopp and Maas grew up as neighbors in the hamlet of Stuyvesant Falls, 10 miles north of Hudson, and built a friendship that would stay strong into adulthood. “We never stopped hanging out,” says Maas. “Monty actually helped me get my first-ever restaurant job in Hudson.” When Maas finished college and came back to town full-time, they were once again living within a quarter-mile of each other.


Both had done restaurant work, and Maas fell in love with the brewery life. Bopp, meanwhile, worked at Etsy for eight years building entrepreneurial and organizational skills. “Monty knew I dreamed of my own brewery, but that I’d need a lot of help,” says Maas. “He put a lot of the pieces together, helped me make a business plan, and then we started scouting locations. I don’t remember how we happened to drive by the train station, but we both saw that it could be awesome.” 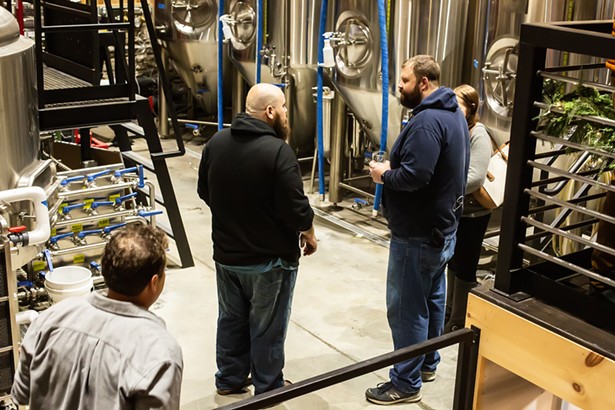 The building’s owners saw the idea’s potential as well. “Monty actually wrote them a letter explaining that we were two young entrepreneurs with a dream, and they were incredibly responsive,” says Maas. “We’re forever grateful for the way they’ve worked with us.” The landlords structured a lease in which they themselves took responsibility for a good part of the structural renovation, leaving Maas and Bopp free to focus on brewery-specific concerns.


Original wainscotting, moldings and ceilings have been given fresh, gleaming life and paired with industrial metalwork to create two floors of hangout space surrounded by a wraparound deck that will hold outdoor seating starting this spring. The bar and barback were created by a master carpenter based in northern Vermont, but the rest of the work came from locals with generations of Hudson roots. 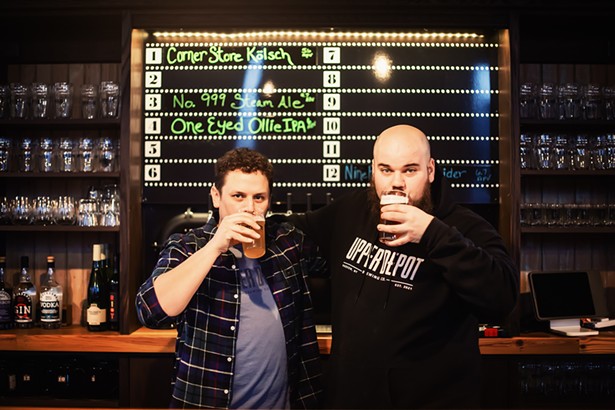 “The feedback’s been really good so far,” says Bopp. “It’s a really relaxing, welcoming space; people have been enjoying just coming in and looking around at everything, and it’s been a joy to watch it unfold.”

Whilst savoring the ambiance, guests can enjoy selections from the eight beers that are freshly brewed. “Right now we’re excited about our Upper Depot IPA, and also about our Number 999 Steam Ale, which is a brew you just won’t find in many places,” says Maas. 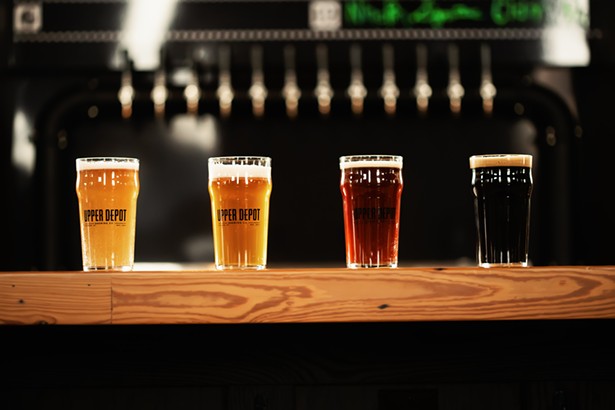 Recognizing that adding a kitchen would add layers of complication to their newborn endeavor, the team opted to tap into the culinary expertise of local food truck operators instead. Starting in February, the Whale Belly food truck will be making it a regular gig. “He does simple food exceptionally well,” says Bopp. “He has a great smoker on the back, and he serves delicious Cubano sandwiches and all the stuff that goes great with fries. People are also welcome to bring in whatever they want to eat, and we have menus at the bar for a lot of great local restaurants if you want to order in.”


It’s part of a collaborative philosophy that the team believes is perfectly suited to the community they love. “Our goal is to promote and lift up as many other businesses as we can, so the whole ecosystem can benefit from our being in this space,” says Bopp. “There’s another brewery opening right across the street, and we’re already thinking about doing block parties together, maybe doing something for Oktoberfest. And people are already inquiring about hosting private events here, so we’ll be doing that. It’s baby steps right now, but the potential has us excited.” 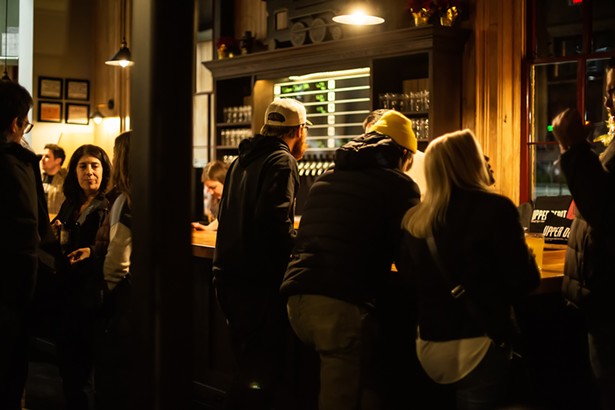 Upper Depot Brewing Company is open from 4-10pm Wednesday through Friday and 11am-10 pm on Saturdays and Sundays. Stop in, raise a glass, and celebrate the bonds of friendship and dreams come true.