Tomb with a View

Dating from the fifth to the 10th century, the pieces in the exhibit include earthenware images of smiling camels, cavalrymen, bug-eyed deities with lion’s paws, a Picasso-like ox. None of the pieces have been seen outside China before. It’s rare to see 1500-year-old pottery that has never been broken. I find the animals more appealing than the people—as if humans were closer to camels and oxen then, and could see into their souls. The centerpiece of the show is a 10-ton sarcophagus pieced together from 108 pieces of stone—an auspicious number for the Chinese. The mausoleum, for a warrior duke named Song Shaozu who died in the year 477, was found within brick walls. (Yes, the fifth-century Chinese built with bricks!) Archaeologists estimate that 50 stonemasons worked 60 days on the sarcophagus. Mausoleums were serious business back then. “That second life, in death, is much longer than this life, on the other side of the ground,” observes Tom Loughman, assistant deputy director of the Clark. One hundred and seventy funerary objects accompanied Song Shaozu, including 90 clay soldiers with raised hands who seem to be playing musical instruments. 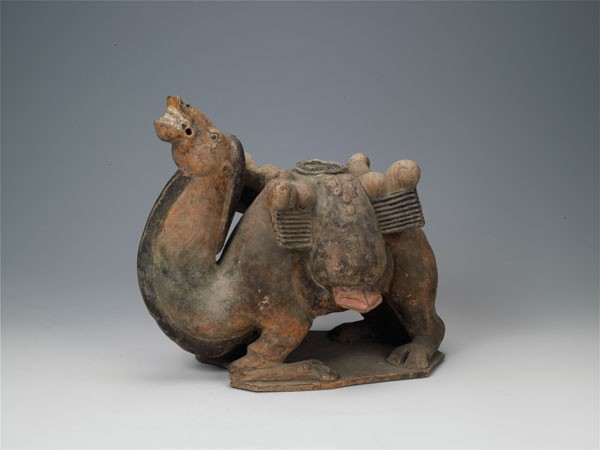 We know the purposes of the funerary figures—to protect the dead from graverobbers and evil spirits, and to provide symbolic riches in the afterlife—but we can’t know the motivations of the artisans. (Loughman refers to “artisans” rather than artists. Artists as a professional class had not yet emerged in China by the fifth century.) “I don’t think anyone who made these objects was seeking fame, or acclaim,” says Loughman. We are the afterlife these artifacts have reached, if not the one they were intended for. They are visible secrets, meant to be hidden. Viewing them is like eavesdropping on someone’s prayers. “Song’s everyday must have been out in the countryside, on horses, in tents, but for his tomb, he shows himself in a big ceremonial house surrounded by cavalrymen playing music on flutes—the warriors at their most peaceful and joyous time,” remarks Loughman.

Many of our conceptions of ancient China are being shattered by these discoveries. During a period when the Chinese were supposedly all Confucian, Buddhist imagery surfaces in tombs. And there is more ethnic diversity in the vast Chinese empire than we realized. Two figurines greet visitors to “Unearthed”: a Chinese civil servant in a robe and scholars cap, and a long-nosed military leader with facial hair—plus trousers and boots, which were foreign to China. The second man cannot be ethnically Chinese, yet he is equal in rank to the first.
Ultimately, these pieces are riddles. Here’s one of my questions: Is their humor intentional? Two ceramic portraits of camels have a Dr. Seuss-like elasticity. Loughman suggests that a life-size figure of a jovial, paunchy guard is a caricature of a long-dead beloved soldier. Though these works were not created as art, they are artworks to us. Even those ignorant of history will find the zhenmushou, a lionlike tomb guardian with flaming hair and billiard-ball eyes, magnificent and scary.

“Unearthed” will remain at the Sterling and Francine Clark Art Institute in Williamstown, Massachusetts, until October 21. (413) 458-2303; 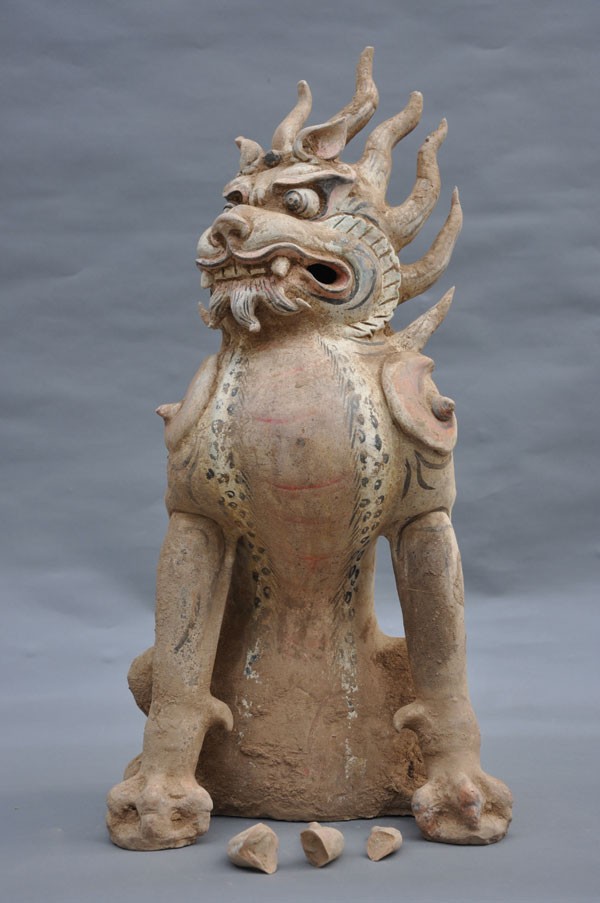