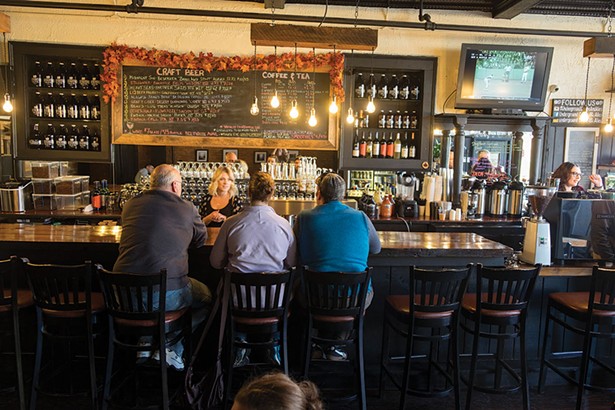 First thought upon entering Underground Coffee & Ales: Are we really in Highland? Despite the fact that this cafe/bar/bottle shop is on Highland's main drag, Vineyard Avenue, you'd be hard pressed to believe you were in the sleepy hamlet. This is by design. Owners Erin and Jeremy Intonti grew up in Highland and then moved away for what Jeremy describes as "obvious reasons."

Everyone knows Highland has a reputation as a culinary and cultural desert (The Would being a notable exception). But the Intonis are looking to change that with their hybrid eatery, which feels paradoxically out of place and right at home in their hometown, a place that has seen a jump in visitors since the opening of the Walkway Over the Hudson and the Hudson Valley Rail Trail. 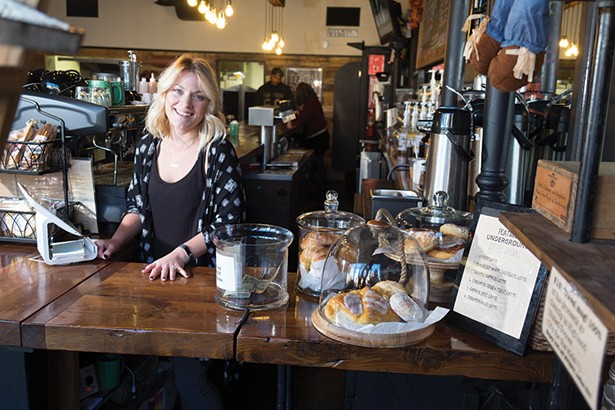 The Intontis don't have service industry backgrounds, but they did have a big idea that took shape in 2013—they launched the Hudson River Craft Beer Festival, which flooded Riverfront Park in Beacon with beer lovers that summer. After selling the festival, the couple looked toward opening a place that brought together their two loves—beer and coffee. Underground opened in October 2015.


"We think coffee and beer tend to bring families and friends together," says Jeremy. "We envisioned a place that could be a cornerstone where people could relax. Our atmosphere is best described as a no-rush type of place where individuals or groups of friends can hang out, work, maybe play a card or board game. We won't rush you along."

The twin reasons to linger are the coffee and coffee drinks (beans sourced from Coffee Lab Roasters in Tarrytown, a fair trade outfit). And then there's the beer. The 10 taps are in heavy rotation—according to Jeremy, a keg lasts less than three days usually. Recent offerings included Orange County-based Equilibrium Brewery's Vulgar Display Of Flower; Sloop Brewing's DDH Mosaic Bomb ("the perfect New England IPA"); and Problem No Problem, a funky saison from Jolly Pumpkin Artisanal Ales in collaboration with Monkish.

The beer is a community builder. "I love craft beer, the people who make craft beer, and meeting people that are into it as much as myself," says Jeremy. "It all kinda validates me a bit. I don't feel like the only beer nerd on the planet."

As Jeremy tells it, when he and his wife Erin first opened Underground, they wanted "to cater to the liquid end of life—coffee, beer, wine, hot chocolate—but our food caught on, and we've been serving two to three times more than we thought we were going to handle when we opened. Out of a kitchen not much bigger than a food truck!"

If you're there for breakfast, the breakfast burrito is a solid option ($9), the house salsa being a smoky, chunky standout. Later in the day, food tends toward upscale pub grub with slight twists, like the fried pickles with Sriracha aioli ($8) or the Underground fries ($9), a mound of potatoes topped with bacon and house-made cheese sauce and dusted with paprika, chili, and chipotle. There's also the sandwiches, burgers, and salads you would expect. The grilled cheese ($12), with cheddar and Swiss on pesto'd ciabatta, is the best of the bunch, a hot-and-tangy delight.


The Intontis also host events, another way of bringing the community together. "More than a few times a month, we have something happening," Jeremy says. "We enjoy collaborating with local breweries and having beer release parties. We host trivia nights. Pig roasts. Halloween, St. Patty's Day, Christmas—any excuse to bring the town and craft beer people together. I guess you could say we love the people that craft beer and coffee bring together." Seems like a great recipe for a vibrant neighborhood spot.
✖

In the Neighborhood: The Beverly, Reynolds & Reynolds, Underground Coffee & Ales