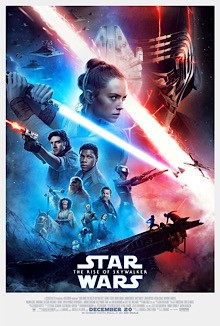 Get the family in the car and roll your way to a safer night of entertainment. And add these other excellent activities to your schedule as well.

This week at Tech City in Kingston, the Ulster County Regional Chamber of Commerce Foundation, in partnership with generous donors and Radio Kingston, launched “UC Movie Nights,” a new drive-in film series that’s free to Ulster County residents. The two-month run of weekend, family-friendly movies starts on July 31 with Star Wars: The Last Jedi, which has already sold out. But the Force is still with you, if you act soon enough and claim your tickets online for future films: The series resumes on August 1 with Star Wars: The Rise of Skywalker and continues through September 26 (other titles include Mamma Mia!¸ Toy Story 4, and The Lion King). The viewing lot opens to cars at 8:30pm and films start at 9pm. The films’ audio will be broadcast by Radio Kingston. Viewers must remain near their cars during screenings; no alcohol is allowed. For ticket registration and information, visit the Ulster County COVID-19 Information website.

Set in the site of a former apple orchard in Chatham, the multi-arts center PS 21 is one of Columbia County’s most treasured seasonal destinations. August 2-8, the facility will host “PS21/Chatham PATHWAYS: Blazing Trails to a Sustainable Future,” a full week of community programming that celebrates PS21’s new network of walking trails, a collaboration between its organizers, the town of Chatham, and the Columbia Land Conservancy. The schedule (see website) features several guided hikes; a talk by climate activist Connor Stedman in the open-air Pavilion Theater about climate change and what we can do now to counteract it (August 3 at 8pm); a concert by contemporary music ensemble Alarm Will Sound (August 7 at 4pm); public art by Allison McNulty; and more.


Local trumpeter Chris Pasin’s releases have been rightly lauded in the pages of Chronogram; see my review of his 2019 album Ornettiquete, a tribute to free jazz genius Ornette Coleman. On August 1 from 6-9pm, a year to the day after that writeup appeared, Pasin—who’s played with Frank Sinatra, Buddy Rich, Ray Charles, and other legends—will bring his quartet to Lydia’s Cafe in Stone Ridge for the eatery’s “Music on the Patio” series to continue his homage to all things Ornette. Performing with the horn man will be fellow area greats Michael Bisio (bass), Adam Siegel (saxophone), and Harvey Sorgen (drums). As per state regulations, attendees must dine and wear a mask when not seated. Reservations are recommended.


As an alternative to the standard mainstream-movie fare at other drive-in movie programs (which there’s certainly nothing wrong with), Maggazino Italian Art museum in Cold Spring has teamed up with the Artecinema organization and the Cold Spring Film Society to present “Cinema in Piazza,” a two-night series of screenings adjacent to the museum and featuring the US premieres of the Italian indie films Romanistan and I Am Not Legend. Luca Vitone’s Romanistan (August 1 at 8pm) is an in-depth investigation of the nomadic Romani people and their culture. Andrea Mastrovito’s I Am Not Legend (August 15 at 8pm) “builds on the artist’s interest in the genre of horror and his ongoing practice of recombining found elements from films, artworks, literature, and music to enlightening results.” Tickets are $30 per car; proceeds benefit the children’s aid group RxART. Social distancing rules apply.

The Clark Exhibits Art by Lin May Saeed

Earlier this month, after the requisite downtime, the Clark art museum in Williamstown, Massachusetts, reopened its doors, and, along with them, opened “Arrival of the Animals,” a show of works by German-born multimedia artist Lin May Saeed. Her first museum solo exhibition, it surveys the artist’s drawings on and with paper as well as sculptures in Styrofoam, steel, and bronze and is on view through October 25. Also currently on view are sculptor Pia Camil’s “Velo Revolo” (through January 3) and the multi-artist “Lines from Life: French Drawings from the Diamond Collection” (through December 13). The facility’s outdoor grounds are open as well. Advance, timed tickets ($20) for the museum are required. See website for hours.