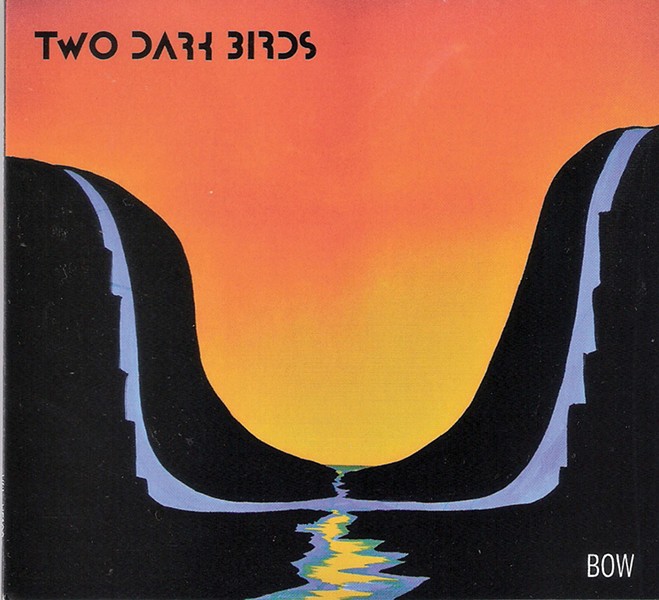 Steve Koester's project Two Dark Birds is brimming with pastoral energy and light. A synesthetic might describe the sound of Bow, the band's third album, as autumnal yellow and subdued auburn, perhaps perfectly paired with a mulled wine or hot cider on an early October evening. The songs are centered—as all good folk tunes are—around the voice and gently strummed acoustic guitar of Phoenicia resident Koester, who throughout the narrative arcs of the songs invites swirling worlds of strings, dirge-y mellotrons and lap steels, and lilting vocal harmonies to come join him for a short spell. There's a quiet dignity to the songs, no grand or elaborate veneering. The economy of language within the instrumentation props up the true focus: the words and melody, which, strong enough on their own, are only aided along in the company of the sparse arrangements.